How long did it take you to see why this picture is trending on twitter? Take a close and be amazed. | MadNaija
ENTERTAINMENT| SPORTS| RELATIONSHIP | TECH | TOP-LIST 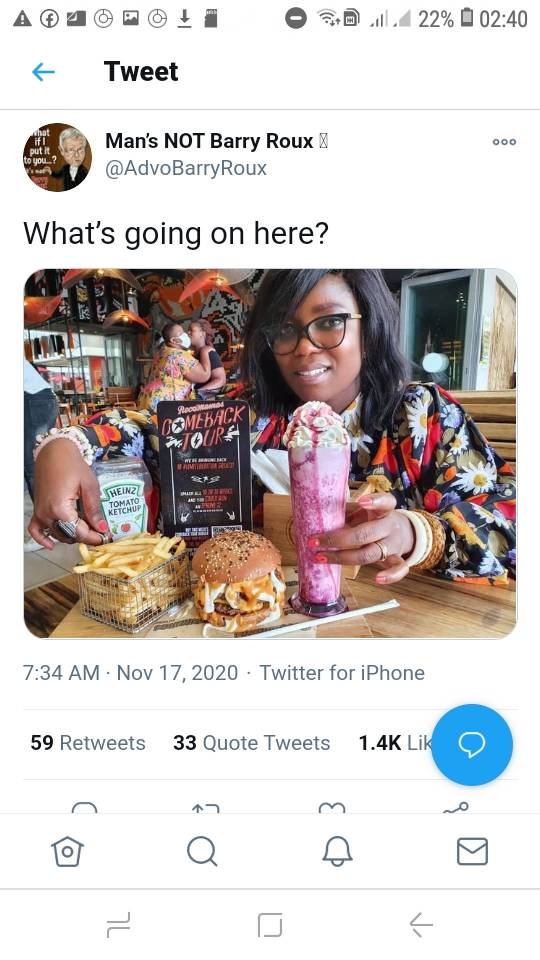 On Twitter account, Man’s Not Barry Roux posted a picture that left South Africans talking as they struggled to find out what was really going on in this picture. In this picture a woman posing for a picture with a table full of junk food can be clearly seen, but this might not be the intention why this picture kept on trending.

Most people with the blink of an eye, could only see a woman who is spoiling herself with junk food. This lady ordered chips, ice cream and burger, and this has resulted in people talking and criticizing her for eating such junk food. People seem to be concerned about her diet and advise her to stop eating such kinds of food. The smile on the lady says a lot, and she is ready to chop all the food standing in front of her. 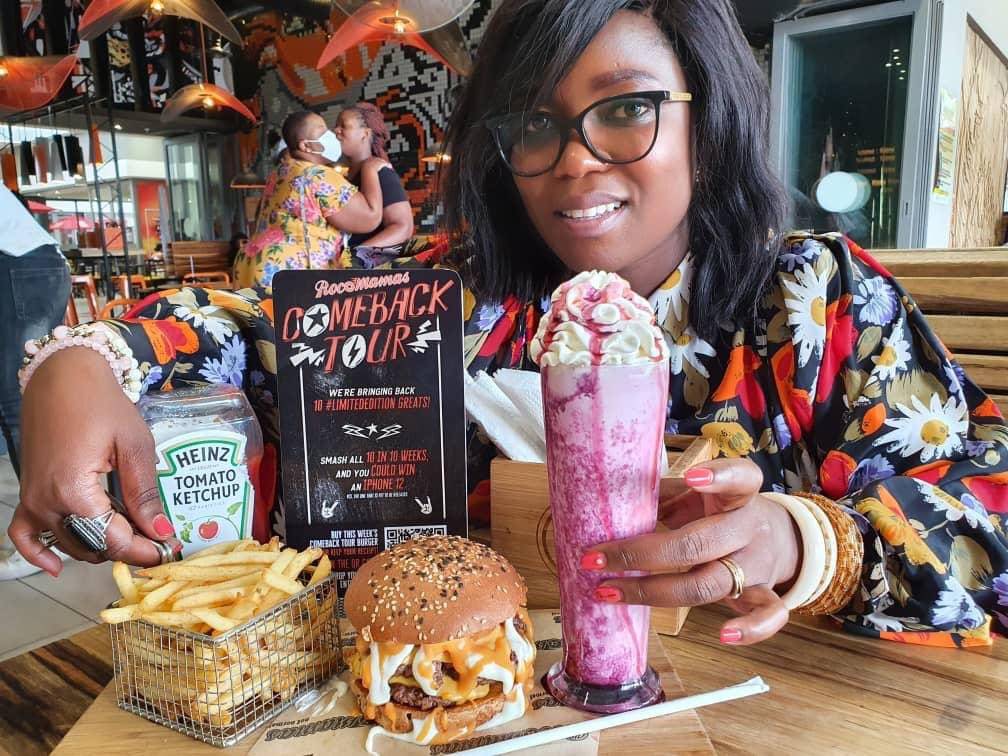 It is amazing how this woman is going to finish this food by herself. Most are familiar with men eating such amounts of food in a short period of time and even demand some more. It is clear that not only men are capable of eating a lot alone, but the other gender seems capable of surprising people as well. It is 2020, so nothing is surprising at all, since it is a year full of surprises and miracles. 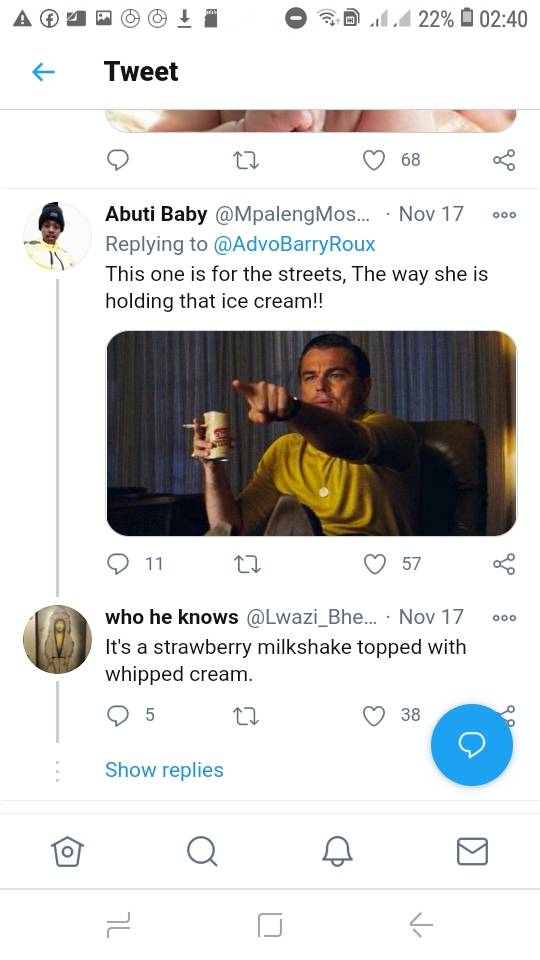 A lot continued to be confused as they gazed at this picture and still failed to get the main reason why people are sharing it and engaging it, to make it trend even more. As expected people had their own opinions on this lady, others complimenting her beauty, others suggesting that she will have health complications in the near future if she continues eating like this. 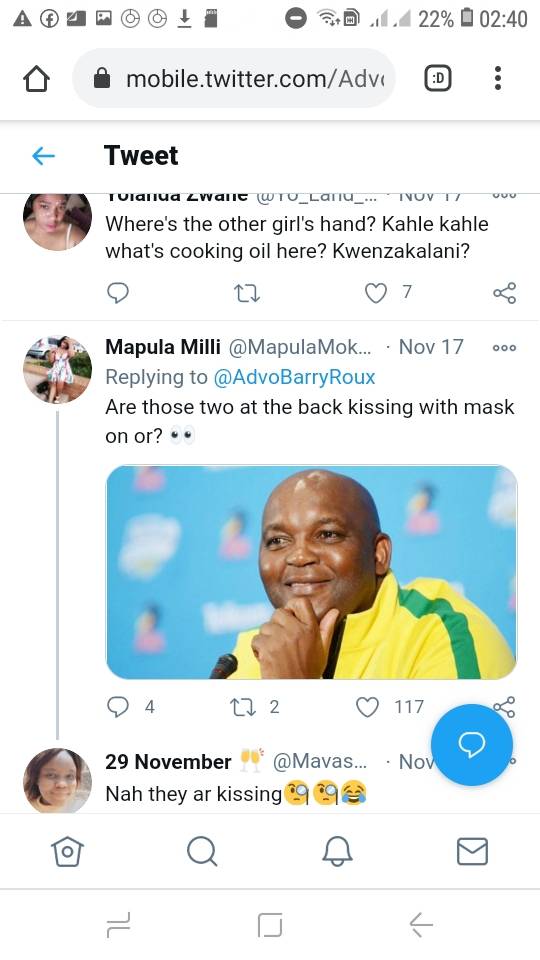 If you take a close look and scrutinize through the picture, there are two ladies behind the picture who were caught in an act that left social media unimpressed. These two ladies from behind can be seen hugging and kissing. The reason why they kept on trending is because the other one is wearing a mask and kissing with another lady who is not wearing a mask. This left many people laughing as they blame Covid-19 for such moments to take place. These two ladies seems to be catching up and missed each other a lot and could not let a mask stop them from sharing love between them. 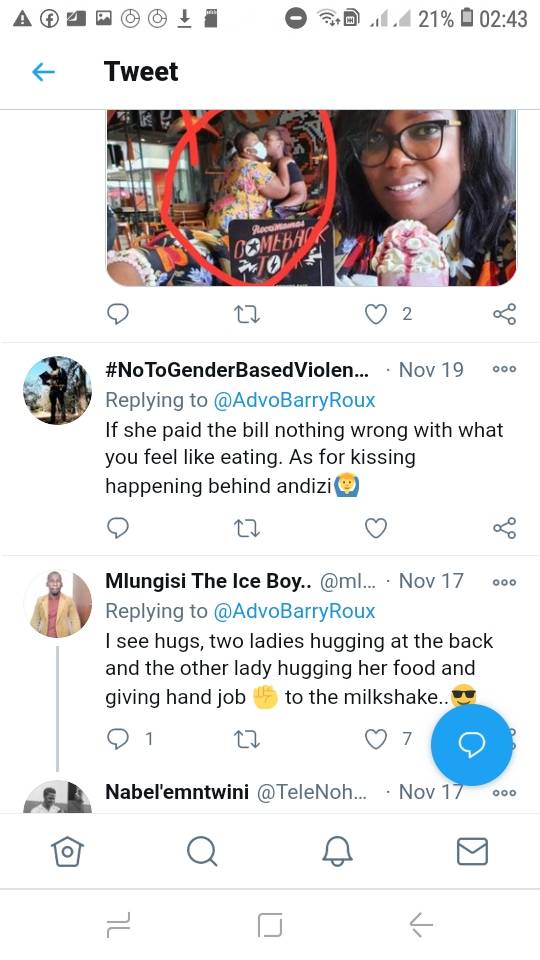 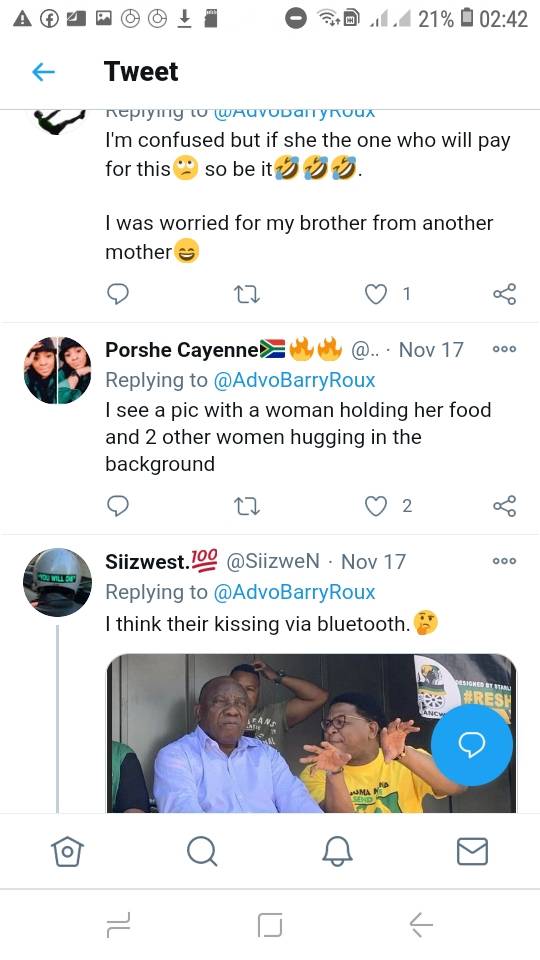 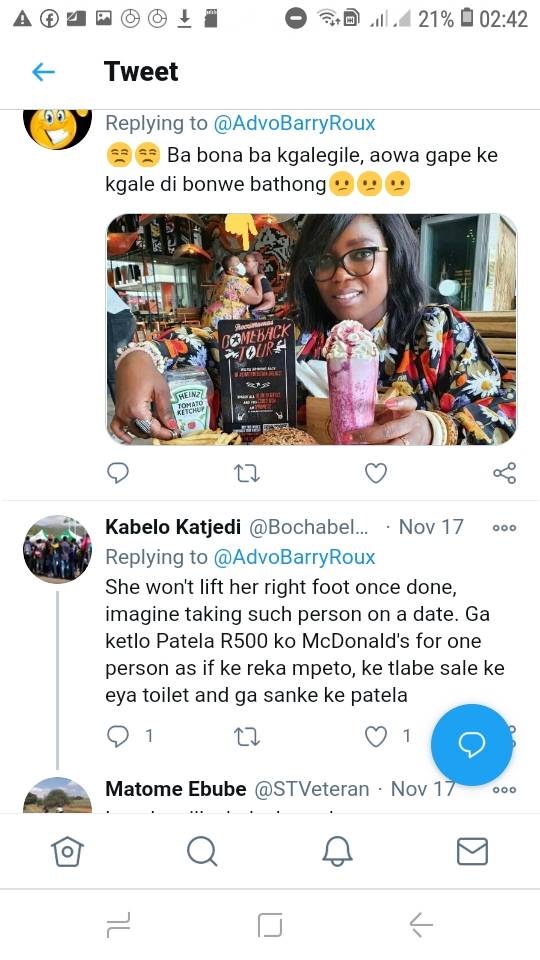 These pictures led twitter people talking as the comments got more and more interesting to read.