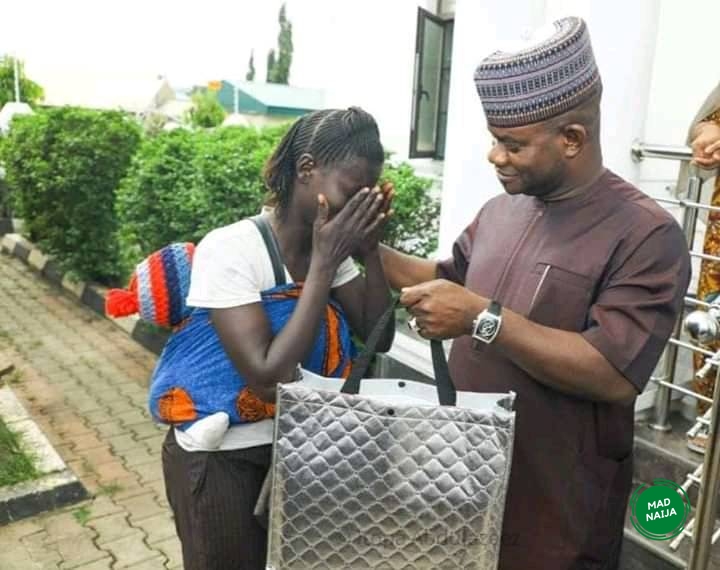 YAHAYA BELLO AND THE SUGARCANE WOMAN

Being diligent in whatever you do has an inevitable reward, no matter how long it takes, the reward will always meet you. The lady in the picture got her reward of diligence even in the face of wants and deprivation when the governor of Kogi, Alhaji Yahaya Bello became the messenger that was sent in delivery of this woman’s reward.

He was driving on the street of Abuja and had his eyes rested on this woman with a tray of Sugarcane on her head, with a baby strapped to her back and mercilessly drenched by heavy rain.

.The governor couldn’t contain the sight as he ordered his driver to a stop, chatted with the toiling woman whose heart-wrenching story melted the governor’s heart and in no time, he had taken the immediate responsibility of the woman. He personally had her driven to his house where he handed her to his wife and asked that she be rehabilitated and empowered and the empowerment came instantly.

Mrs Theresa’s husband; a construction worker lost his job as a result of COVID-19 harsh economy, her departmental store business collapsed and there was nothing to fall back to feed the family of five and she resorted to hawking Sugarcane.

ALSO SEE:  A Coup Was Being Staged To Overthrow Abacha At The Time He Died - Al-Mustapha Reveals 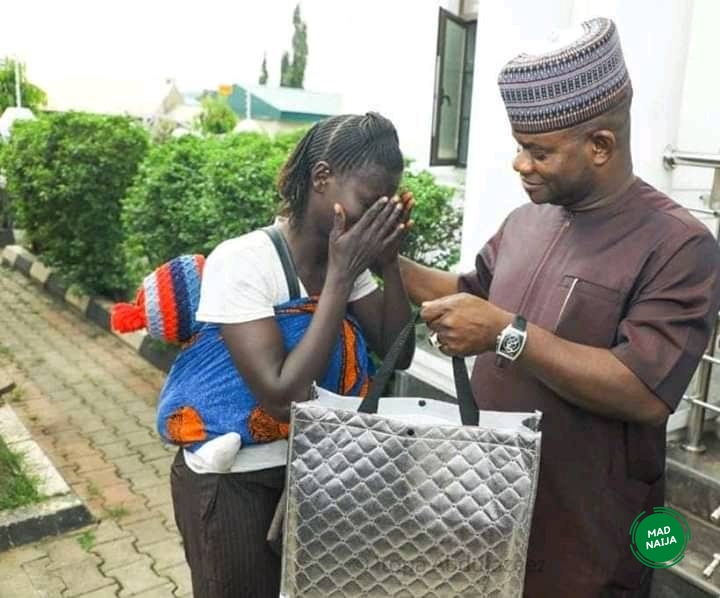 She lives in Karshi suburb of Abuja but trades her sugarcane in the metropolis. Here is the lesson, had the woman defied the rains not to hawk her ware, this luck would have eluded her, had the governor not looked her direction or better still look away, there won’t have been this story to tell.

This unofficial story tells one of the miseries of life that our helpers maybe people we never knew in our lives and also a revelation of God’s omnipresence. A woman whose daily target was to returning home with something to eat but returned yesterday with business capital in her hands and other basic needs, , that is how God works in our lives.

In the pool of her own tears of Joy, she could only offer this prayer for the Governor “thank you for changing my life. God will never leave your back and you will never know the shame in your life”.

The hard truth is the undeniable reality that when the time of your reward has come, God will always manifest his greatness. For this woman Theresa, her message of fortune came eventually from God using his Excellency Alhaji Yahaya Bello as the messenger of hope.