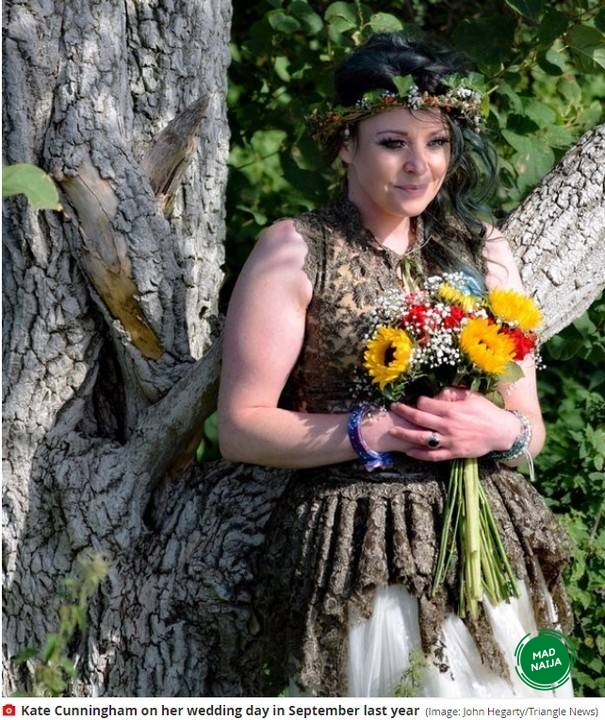 The rate at which people are acting and behaving is becoming something else, more like madness. And then you begin to wonder of what would become of the end of the World.

Recently, a young lady has shocked everyone as she did the unthinkable. As gathered she is a mother of two. She resides in England. This saying vis true “After God fear Ladies”.

The lady being 38 years of age, goes by the Name Kate Cunningham. Kate decided to get married to a tree which she fell in love with. The tree which is located in Sefton became her husband from September last year.

September this year, Kate celebrated her one year anniversary, when she was asked about her decision. The 38 years old lady said that was the best decision she has ever made in her life, and there is surely no room for Regrets.

As gathered when she first decided to marry the tree, this came as a great embarrassment to her 15 years old son. As gathered she already had two kids. 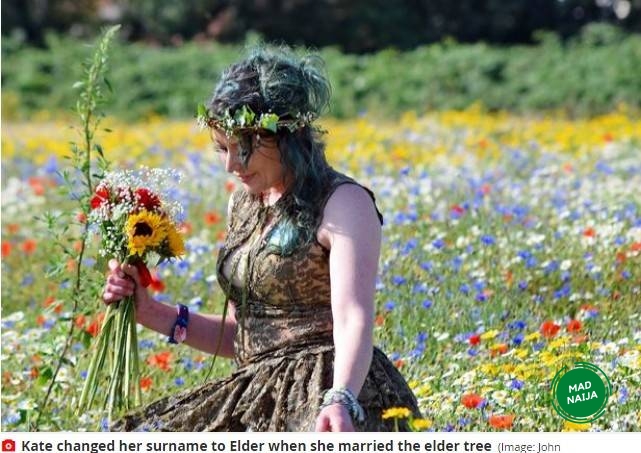 ALSO SEE:  Sad Story Of Lagos Mechanic Whose Corpse Was Detained After Getting Burnt In Gas Explosion

She equally changed her surname to Elder which is the tree name, she added changing her surname, and marrying “Elder” the tree has made her feel confident. And she doesn’t care what anybody would say or feel, as long as she is Happy with her decision.

This seems unbelievable but actually true

How did this actually happened.

Kate said that one day she was going for tree hunting in the Parks, she saw oak trees and they look very nice. But as she sighted the Elder tree, she immediately loved it, and thought as much ‘it was the one’.

For her she noticed, it doesn’t have any resemblance to anything else around it. This eventually led to her get married to the tree, according to her it gave her a new sense, a new purpose and made her a changed person. 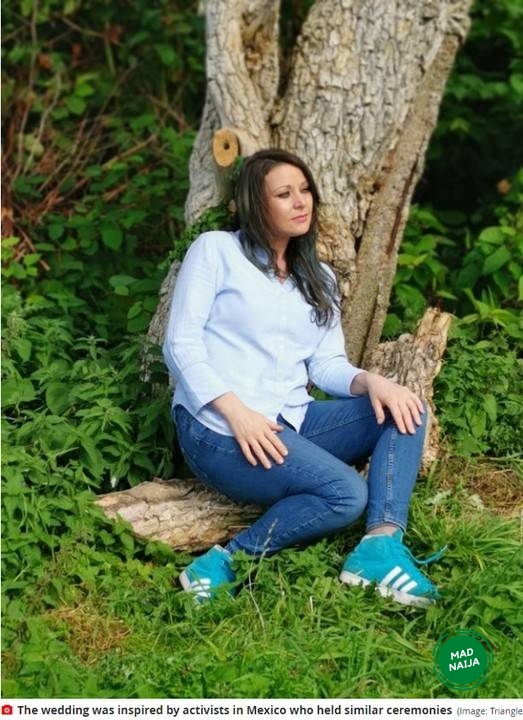 Kate feels that trees are just like human being, the way she view and see humans. That is the same way she feels about the trees as well. 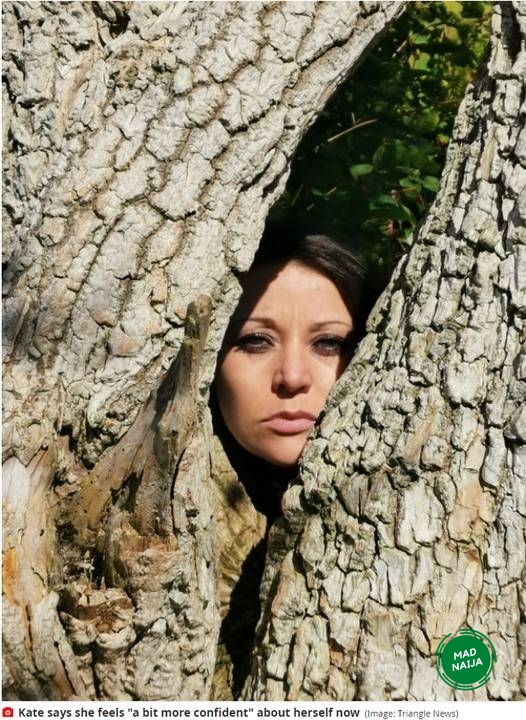 She has begged the Government of England, not to transform Rimrise Valley Country Park into a bypass for highways.

What kind of life is this, and she is happily celebrating her one year anniversary?

How would she have children with a tree.

May God have mercy.