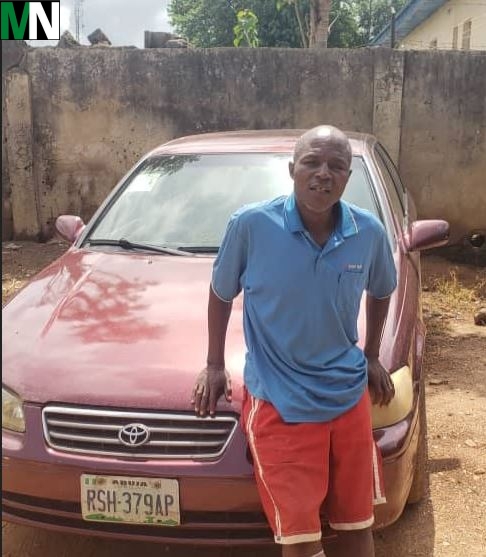 The 45-year-old suspect has been hospitalized and would be prosecuted after he recovers from his injuries.

A 45-year-old notorious car thief identified as Baba Aliyu has been arrested for stealing a Toyota Camry with registration number RSH 379 AP.

The suspect who lives at Lambata area of Gurara Local Government Area of Niger state reportedly stole the car at Wuse area of FCT.

ALSO SEE:  Nigerian Singer Speaks Up About His COVID-19 Ordeal With His Family

The command’s spokesperson, Wasiu Abiodun said in a statement on Monday;

“The driver refused to stop and the patrol team gave the vehicle a hot chase, as a result, the driver abandoned the vehicle at Lambata and took to his heels.

The suspect who was rushed to the hospital for treatment would be charged to court after investigation has been concluded.