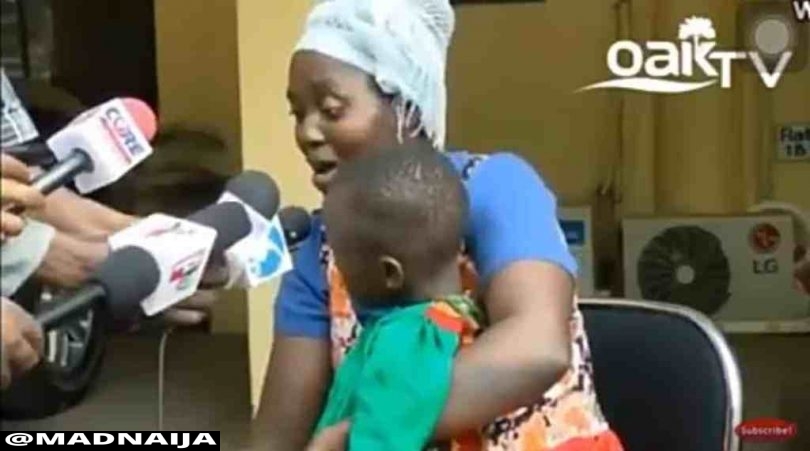 A mother broke down in tears when her four-year-old daughter shared ordeal after she was [email protected] by her school uncle repeatedly in school.

The little girl who is a nursery pupil was filmed narrating how the said school uncle identified as Elias took advantage of her vulnerability to violate and se.xually abuse her.

The victim’s mother, Ayele Esther revealed that her daughter sustained injuries on her private part after the assault claiming that Elias manhandled her private part every time she goes to school.

According to Ayele Esther, the alleged rapist gave the little girl packets of sweets after he rapes her and warns her not to tell anyone about he did to her.