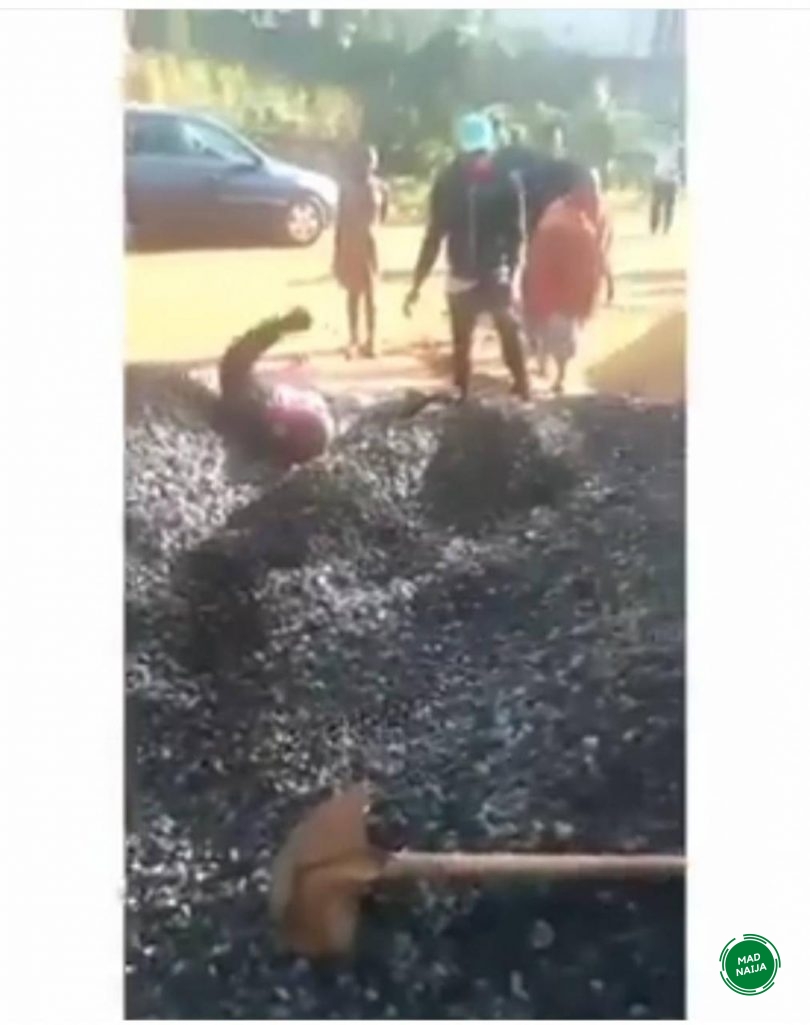 It’s quite unbelievable what was seen inside gravel after it was dropped off by a truck. Inside the gravel, they found a man being packed with the gravel inside it.

According to the video online, the truck came to drop tons of gravel. While the truck was dropping it, there were people with a shovel to spread the gravel so as for the remaining inside the truck to be dropped too. While the men

were doing this, it came as a shock to them when they first saw the leg of a man. They were astonished and they gathered more people to help push the gravel so they can bring out the man.

How the man was packed with the gravel or how he ended inside the gravel is not known. But what was discovered was that after the man was brought out of the gravel, he was still alive and he moved his body.

Watch the video below.

Damn… How did this even happen? #trendz9ja 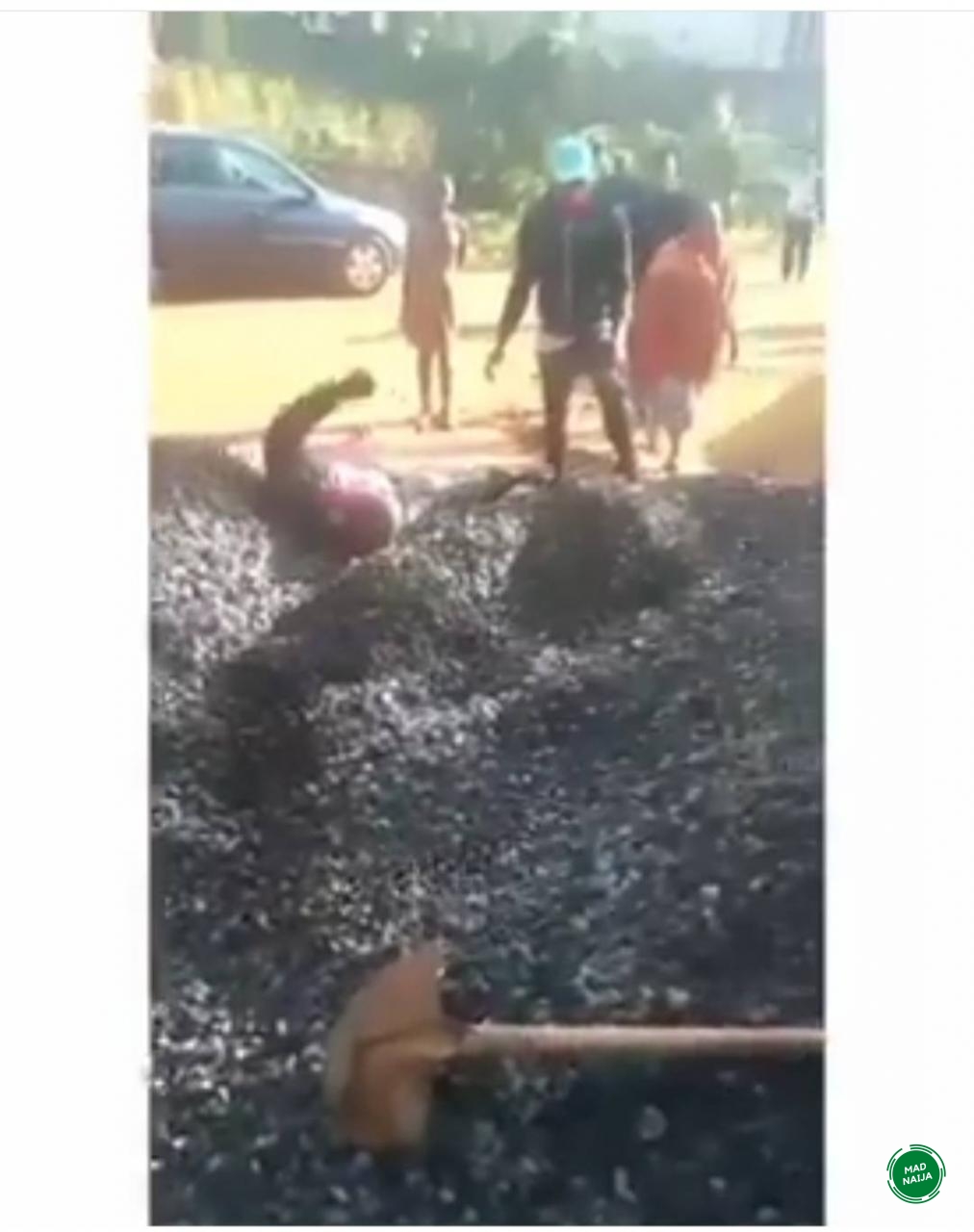 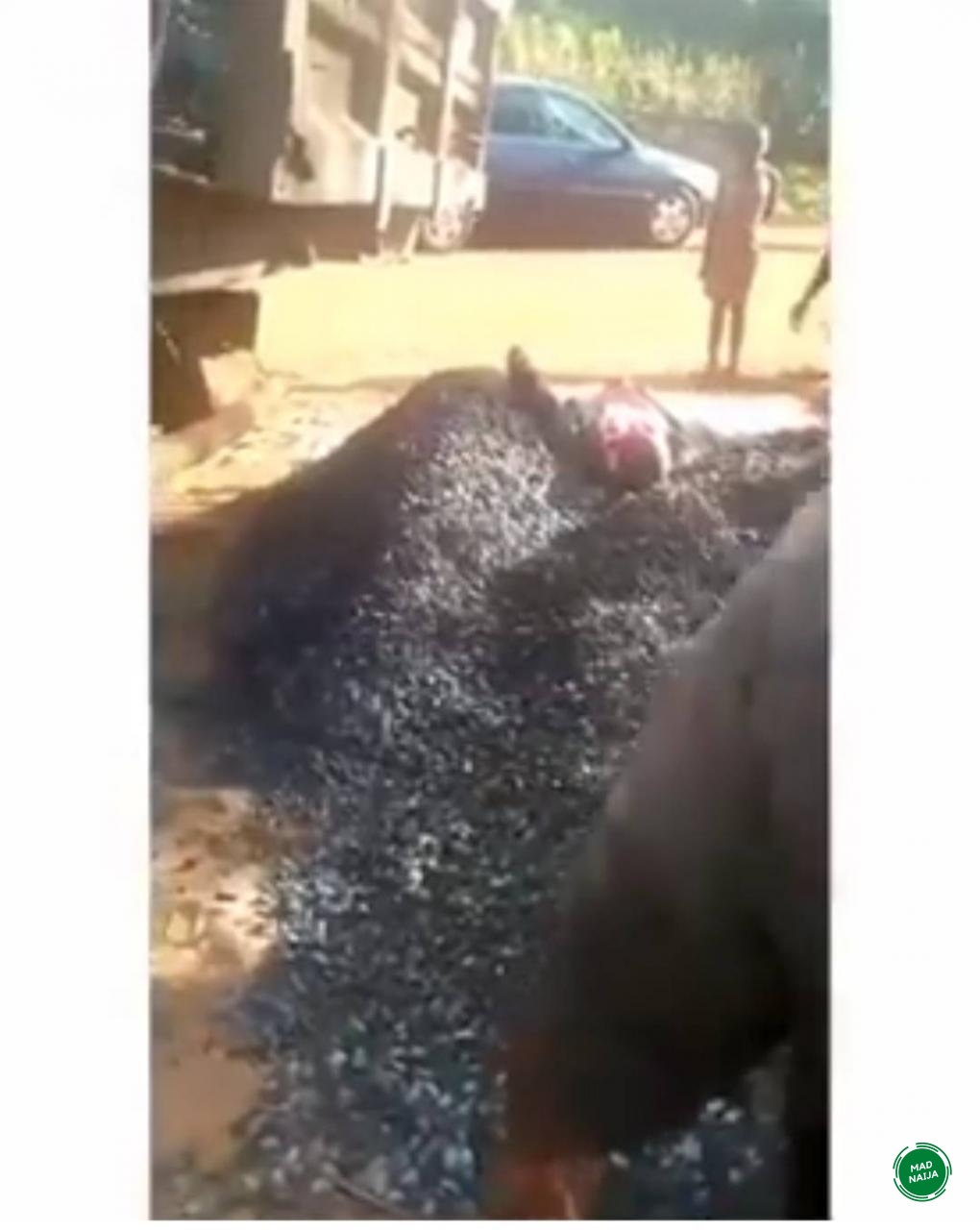 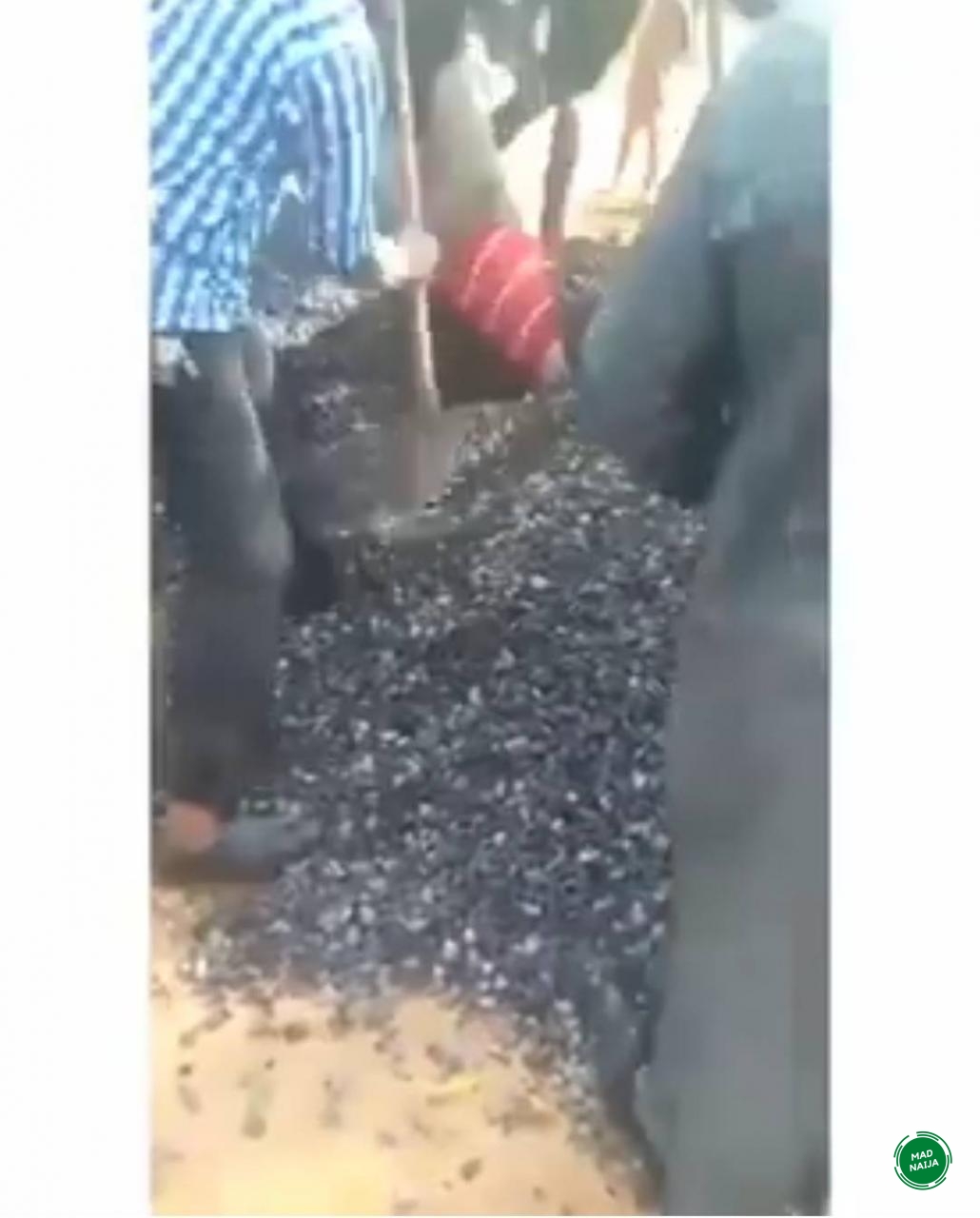