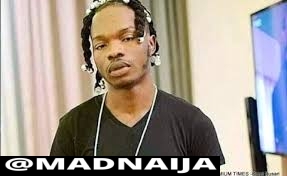 Naira Marley is one hell of a confident trickster and we say this after looking at his track record of all the things he has done.

Over the weekend, Naira Marley held a concert in Abuja despite the ban of all public gatherings in Nigeria.

The means with which he traveled to Abuja has also raised some concerns among Nigerians with the airline company subsequently suspended.

In their response, the airline company stated that once they saw a FASHOLA in the list of the people they will be airlifting, they thought it was Hon. Fashola, who is the Federal Minister of Works.

What this means is that Naira Marley allegedly used the name of the Federal Minister of State to deceive the company.

Well, we await a response from him on the company’s response. Until then, we assumed he lied to see his way through to Abuja.