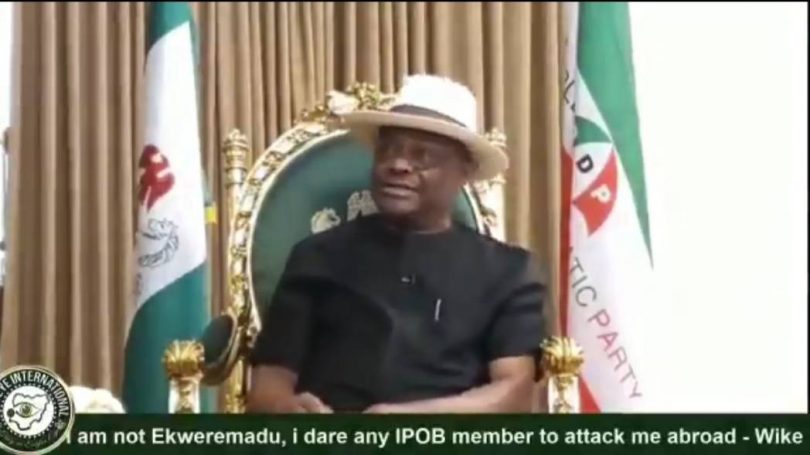 Many Nigerians even in the southeast are not in support of the recent activities of Indigenous People of Biafra, who are popularly known as IPOB, especially with the recent happenings in Oyigbo, Rivers State. The IPOB members allegedly disguised under the EndSARS protest and unleashed mayhem in the Rivers community leading to the death of many innocent people, and burning of properties worth billions of Naira. This lead to the improvement of a dusk to down curfew in the local government and house to house search of the IPOB members by the Nigerian Military. 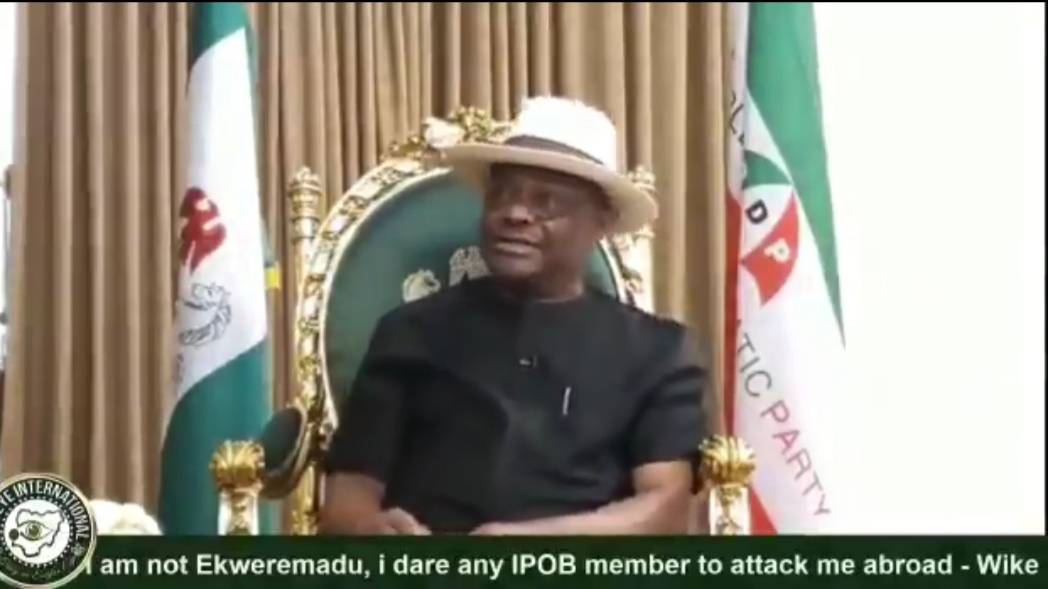 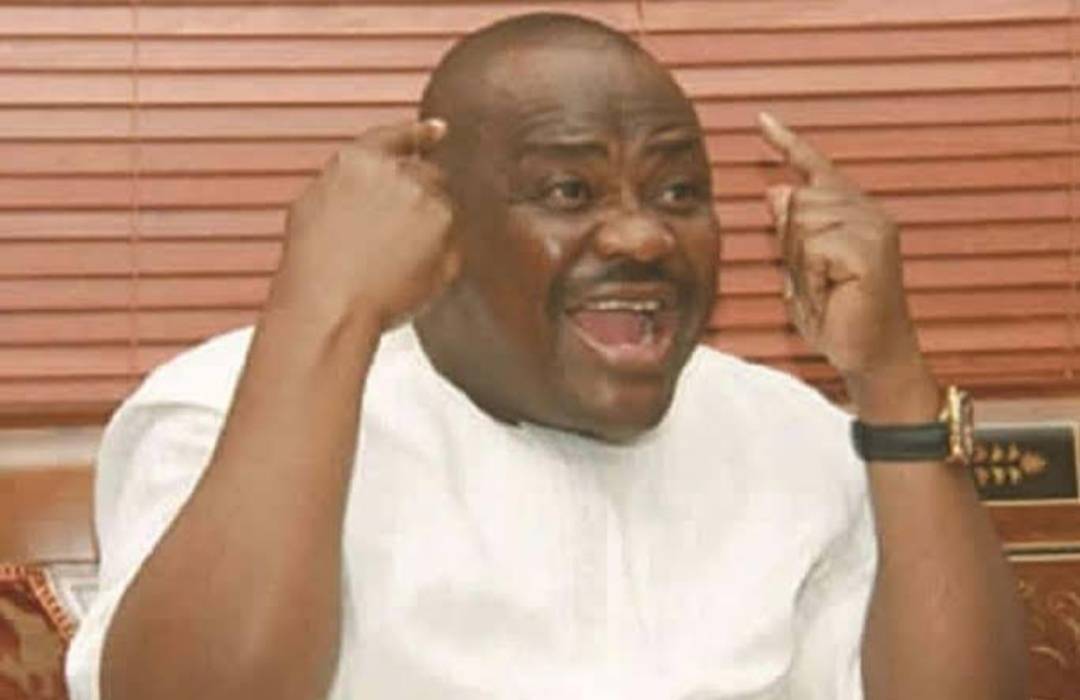 While justifying the activities of the Nigerian military in Oyigbo local government during an interview with AIT News, Governor Nyesome Wike blows hot on the IPOB members and dared any of them to attack him when he travels abroad. Governor Wike stated that he is not Ekweremedu, therefore he is not afraid of any member of the IPOB to attack him when he sets his foot out of the country. The Rivers State Governor added that he’s not like other Governors who can be threatened as he has what the IPOB members think they have. Click HERE to watch the video. 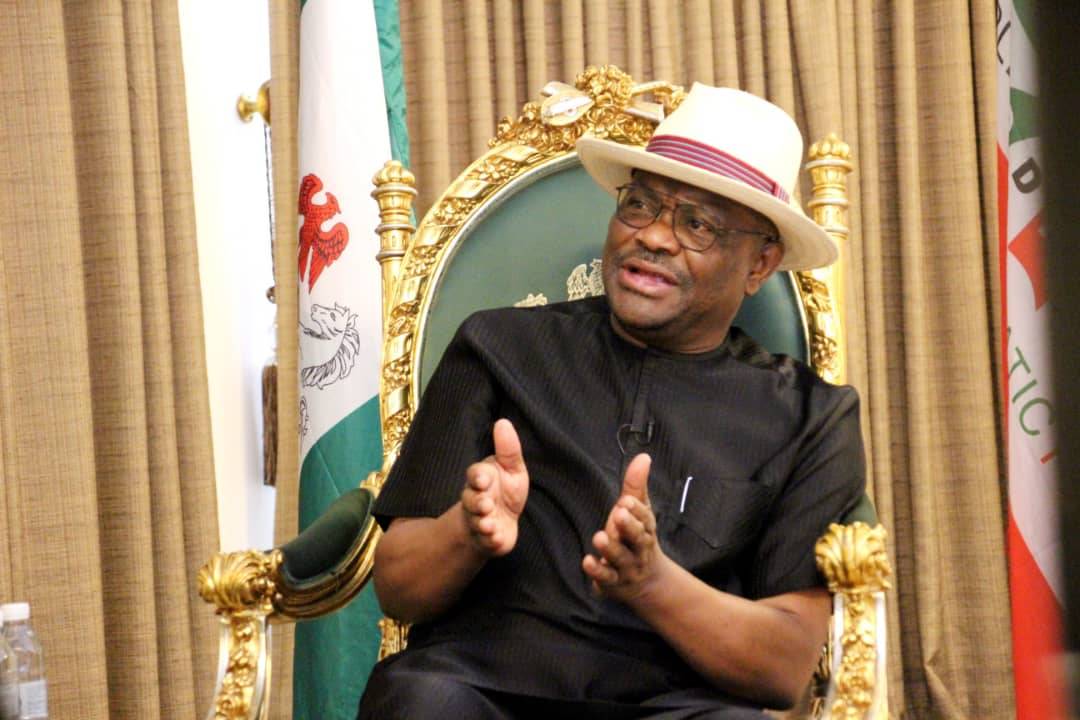 It will be recall that some alleged IPOB members attacked former Deputy Speaker, Senator Ike Ekweremedu August last year, when he was invited to give a speech during an Ndi-Igbo annual ceremony organised in Germany.