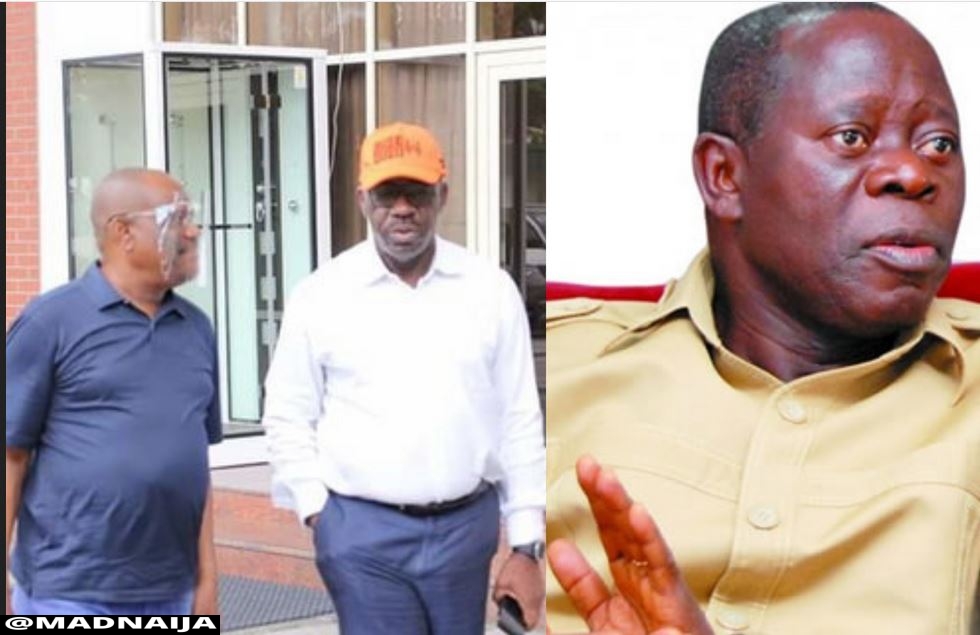 Nyesom Wike, Governor of Rivers state, says Godwin Obaseki, his Edo counterpart, was disqualified by Oshiomhole who doesn’t have a certificate.

Governor Nyesom Wike has taken a jab at the Chairman of the All Progressives Congress (APC) Adams Oshiomhole, a day after his meeting with Governor Godwin Obaseki who was recently disqualified by APC screening committee.

Oshimohole who commented on the disqualification of Obaseki who he’s had a running battle with, said the national working committee (NWC) of the APC discovered contradictions in the governor’s National Youth Service Corps (NYSC) and higher school certificates.

Reacting to this in a tweet he shared on Monday June 15 after his meeting with Obaseki on Sunday June 14, Wike stated that Obaseki was disqualified by someone who doesn’t have a certificate. He further described it as an “irony”.