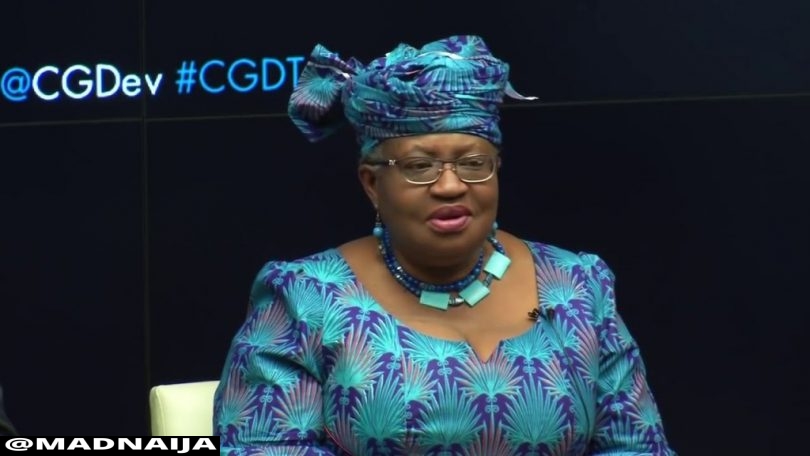 Ngozi Okonjo-Iweala’s nomination for the role of director-general of the World Trade Organisation (WTO) has been approved by the President of Nigeria, President Buhari.

This comes after Buhari had earlier nominated Nigeria’s permanent representative to WTO, Yono Frederick Agah for the same appointment.

ALSO SEE:  Naira Marley Deceive And Made ExecuJet Believe He Is A Minister Of State

An election has become necessary after the the former director-general of the organisation, Roberto Azevedo, stepped down a year to the end of his second term.

The election will be held in Geneva, Switzerland in 2021 and whoever wins will have a four year term.

Currently, Okonjo-Iweala is the chairperson of the Global Alliance for Vaccines and Immunization (GAVI).