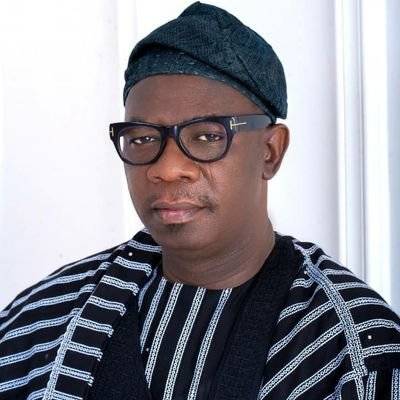 Earlier today, a news report made its round on social media that Ondo State Deputy Governor, Agboola Ajayi, candidate of Zenith Labour Party for October 10 governorship election, has dropped out from the contest.

The 2020 Ondo election is gearing up and the contest is weirdly seen as a three-way horse race between the incumbent Governor, Rotimi Akeredolu, candidate of the All Progressive Congress, Eyitayo Jegede, candidate of the Peoples Democratic Party and Agboola Ajayi of the Zenith Labour Party.

According to the viral news, Ajayi resigned from contesting in today’s election because of alleged mass vote-buying by APC and PDP, alleging uneven playing field.

In reactions to the report, the party has released statement debunking the report as fake and misleading as their candidate has not resigned and will not back out from the governorship race.

… For the umpteenth time, and for the purposes of clarity and emphasis, the Deputy Governor and candidate of ZLP, Agboola Ajayi will not resign or back out from the race he’s winning ultimately. 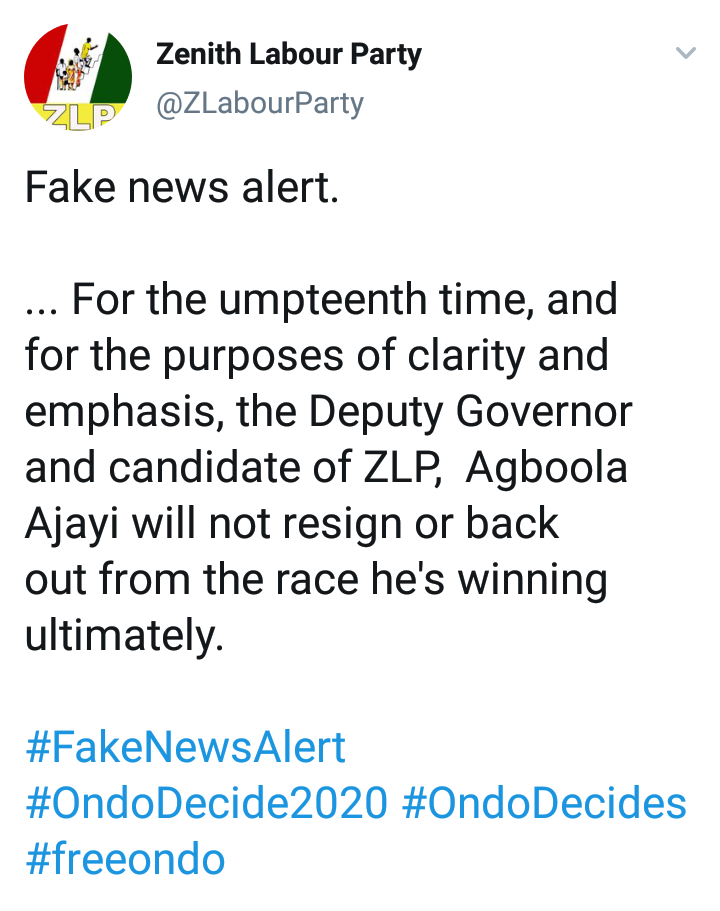 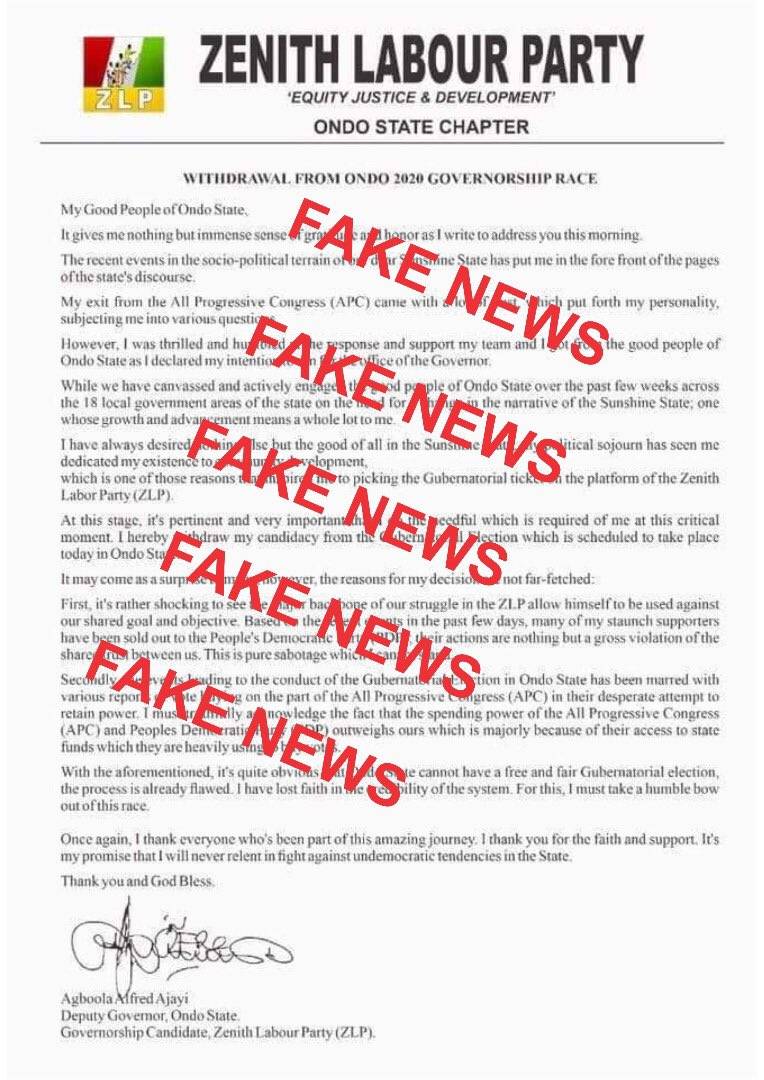 ALSO SEE:  Schools Reopening: Prepare For a Possible Delay in Reopening as The Covid-19 Curve Begins to Rise

The general publish, especially the citizens of Ondo State are advised to disregard the report and troop en mass to cast their votes.