Opinion: Mikel Areta Should Better Make Use Of This Lineup Against Man City If He Wants To Stay | MadNaija
ENTERTAINMENT| SPORTS| RELATIONSHIP | TECH | TOP-LIST 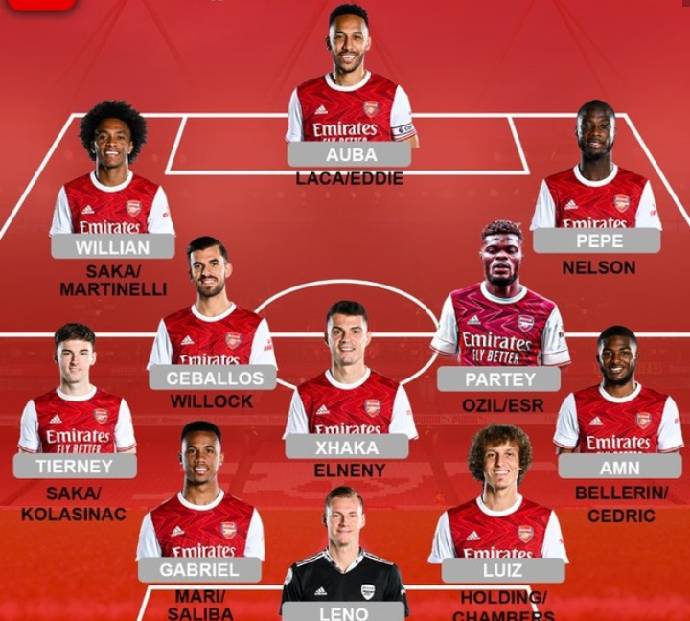 Mikel Arteta should be careful with Job as Arsenal Coach, He might have seen Liverpool Off through penalties in the EFL cup but we know that Liverpool rested their top players. Arsenal are not that good when it comes to playing against Premier league top-six club. The last time they met Manchester city in the FA Cup, they emerged victoriously but this is premier league, Manchester city thrashed them 3-0 home and away last season and they should be very careful not to allow Manchester city repeat this scoreline this season. Below is the best way Arsenal Could Lineup against Manchester city.

Arsenal Have a wide squad depth, but it would be impressive to start Tierney, Gabriel Magalhaes, Luiz and Maitland Niles against Manchester city, this is because pep Guardiola are one of the best-attacking team in Premier league and they would certainly attack arsenal when they face off next weekend.

We shall likely see the midfield combination of Partey, Granit Xhaka, and Dani Ceballos. The Ghanaian midfielder would make it difficult for the Likes of Fernandinho.the front trio would see Saka, Aubameyang, and Nicolas Pepe partner in the front.