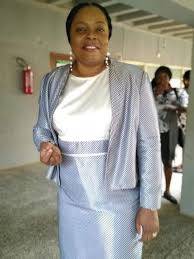 She was appointed at the inception of Prince Dapo Abiodun Administration as one of the three special advisers on Education namely, Primary and Secondary Education , Technical Education and Tertiary Education.

Ever since, she has been dictating the affairs of the state Teaching Service Commission , a Commission that is responsible for Primary and Secondary Educational matter in the state despite the presence of Permanent Secretary at the Commission.

To many stakeholders in the Primary and Secondary Educational Sectors in the state, Soyombo despite her lofty ideas and innovations she has brought to the sector, has been taken so many unilateral decisions which has not gone down well with players in the sector.

ALSO SEE:  Opinion: 4 Photos Of SARS Officers That Should Bring Shame To The Nigeria Police Force

Notably among such decisions was the recent mass transfer done in the state Teaching Service Commission, a transfer that many has discredited as it did not bring into consideration the previous records of some Teacher whom have worked in a particular school before and were still transferred back to such schools.

Also the N25,000 controversial fees for covid-19 test for the returning out gone SS 3 Students in the private schools in the state, at the wake of schools Resumption after the Covid-19 lockdown break.

These and many other decisions taken by her ought to have not be her responsibility alone if a sitting Commissioner and boards are in office. These notwithstanding, the talking point has been the way and manner she takes her decisions.

Fresh hope however, came the way of lovers of Education in the state when the former vice Chancellor of the state University of Education, Professor Abayomi Arigbabu was appointed and swear in as the state Commissioner of Education, an appointment they believed shoyombo can not conted with 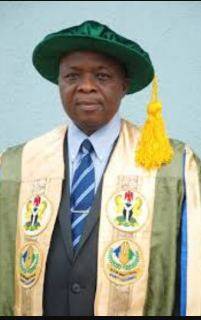 ALSO SEE:  Father Mbaka Saves The Day As He Pays N1.5 Million To A Hospital To Release A Woman Who Gave Birth To Quadruplets

With a sitting Commissioner of Education, many people are of the opinion that the dominance of Soyombo hegemony at the Teaching Service commisions and Subeb are over.