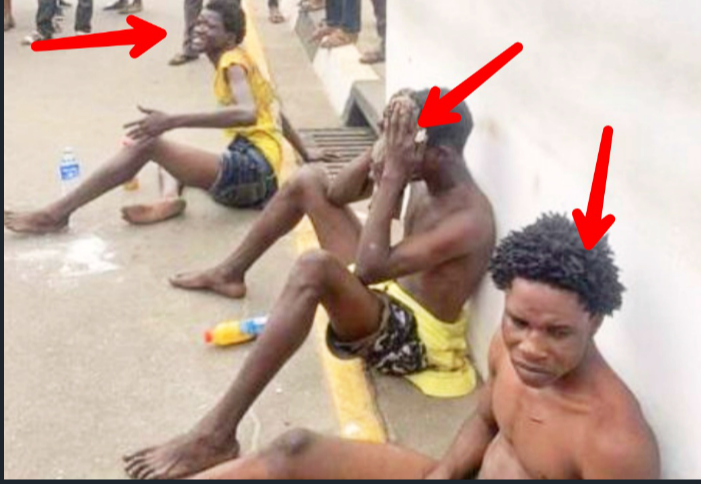 It was recently reported by a popularly known news page identified Gistreel that the hoodlums who obstruct protesters by vandalizing cars and chasing them with sticks confesses after being caught by some youths protesting.

The thugs finally confessed after the youths urged them to speak, according to them, they were given the sum of N1,500 (One Thousand Five Hundred Naira Only) to act against the protest.

Here Is The Picture Of The Suspects;

There were lots of reactions made against the actions portrayed by the suspected and the fact that they decided to act violently after given the sum of N1,500 stirred more reactions. Most commentors claims that the suspects acted as of poverty. The person who paid the money to them wasn’t mentioned.

See Screenshot Of Reactions Made Regarding The Post in Gistreel; 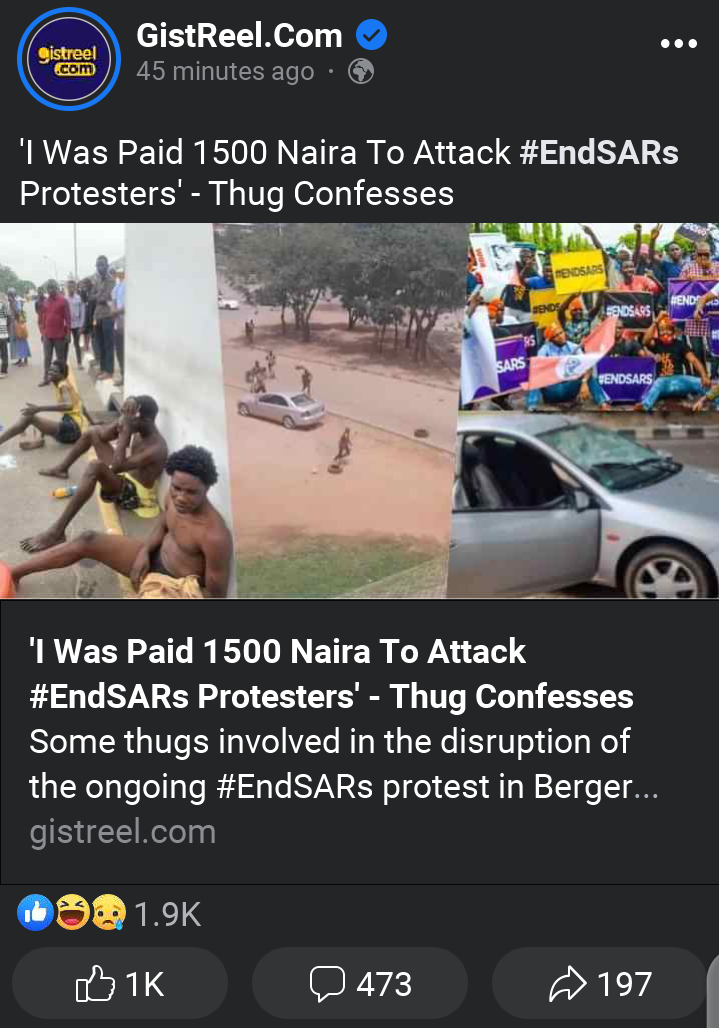 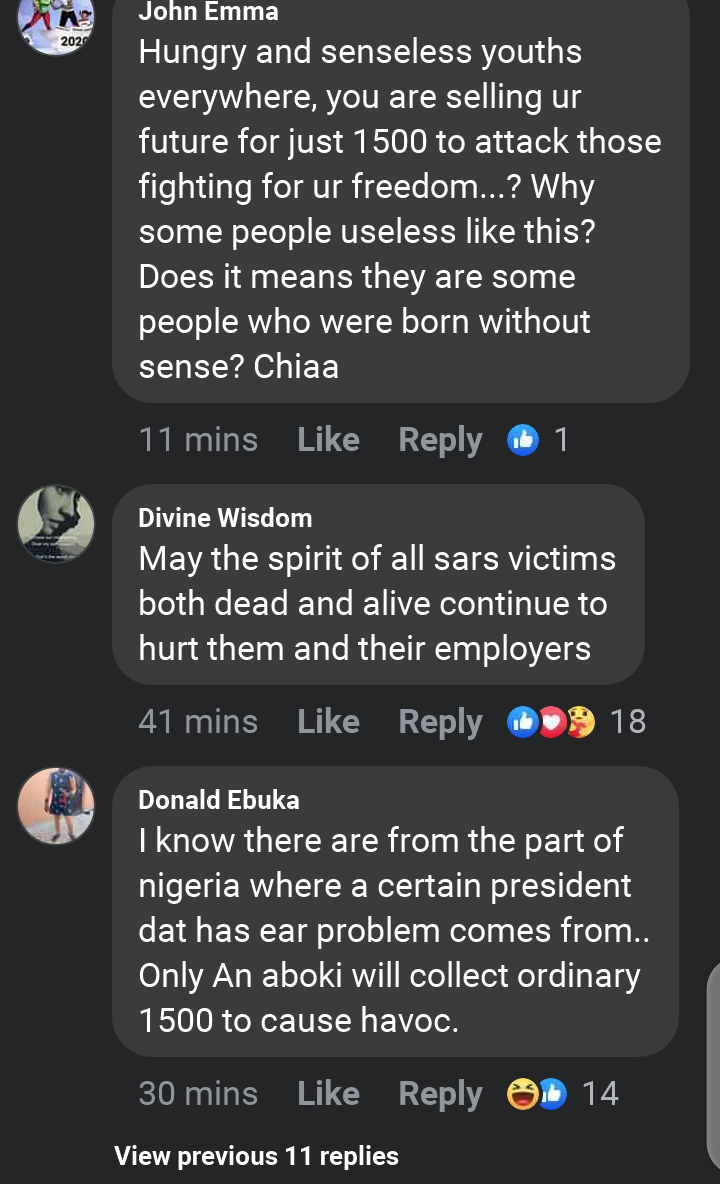 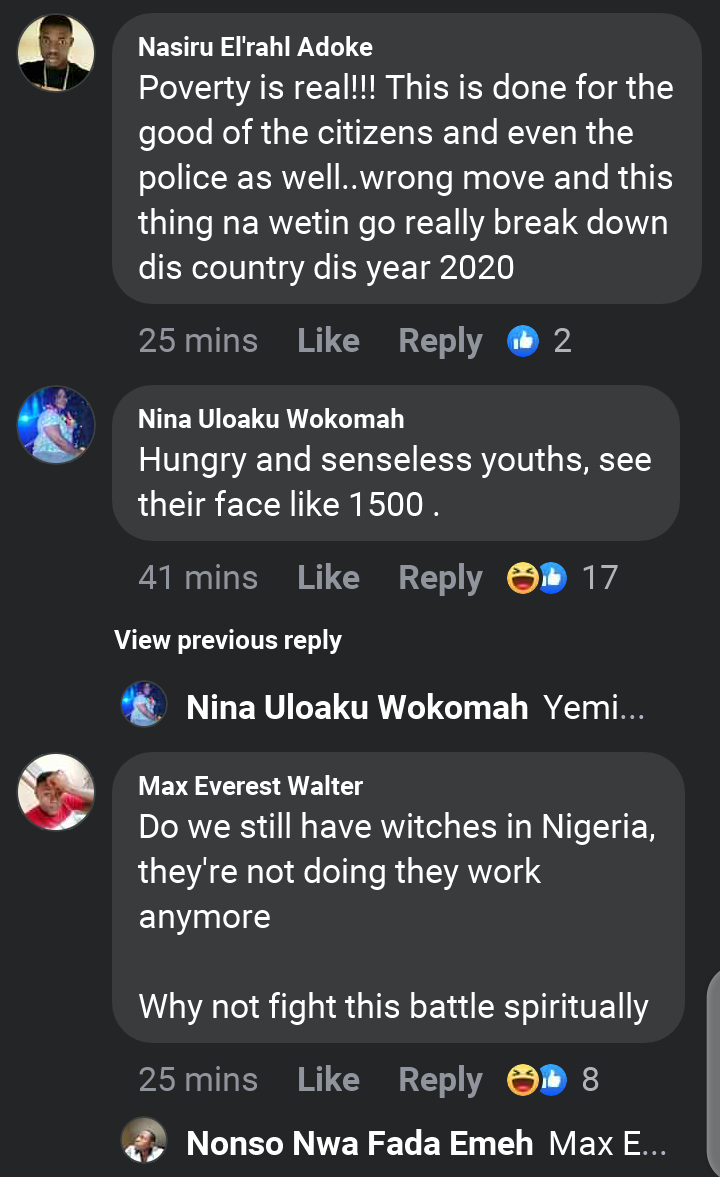