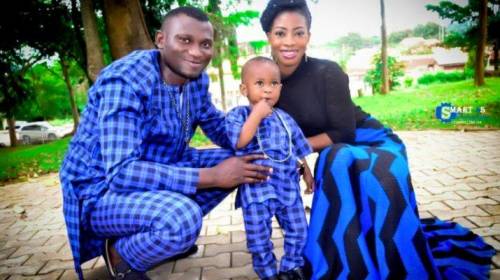 Temitope Kolawole, the father of the missing child who spoke briefly to SaharaReporters on Wednesday, said he would prefer to remain silent over the judgment, noting that his lawyer would soon talk on behalf of the family.

As reactions continued to trail the life imprisonment slammed on Prophet Alfa Babatunde, the founder of the Sotitobire Miracle Centre Akure, in Ondo State, over the disappearance of a toddler, Gold Eniola Kolawole, in his church, parents of the missing boy said that life had become difficult for them without their child.

Temitope Kolawole, the father of the missing child who spoke briefly to SaharaReporters on Wednesday, said he would prefer to remain silent over the judgement, noting that his lawyer would soon talk on behalf of the family.

He said, “We have heard the judgement. It is good, but we have been briefed and advised by our lawyer that we should still hold on for an interview with the press.

“So, I won’t comment now on the judgement, but it has not been easy for us throughout the ten months, and I wouldn’t want to say more than that.”

Prophet Babatunde was Tuesday sentenced to life imprisonment by an Ondo State High Court over the case of the missing child.

The jail term was slammed on the popular Akure prophet by Justice Olusegun Odunsola of the State High Court in Akure, ten months after the child was declared missing at the church.

It will be recalled that on November 10, 2019, the one-year-old boy was declared missing during a Sunday service at the popular Sotitobire Church.

This led to the arrest of the prophet by the police for interrogation following complaints from the parents.

The boy’s disappearance also led to burning of the church, located at Oshinle area of Akure, by the people in the area after a story went viral that the police had exhumed the corpse of the boy from the altar of the church. Although the information later proved to be false.

On December 10, 2020, the Department of the State Services re-arrested Babatunde and took over the case after a petition from the parents of the missing child.

After a series of interrogation by the DSS, the prophet was arraigned at the Magistrates Court sitting in Akure on a six-count charge on December 23, 2019, alongside the six other members of his church.

They were charged for conspiracy to commit felony to wit aiding and abetting abduction while their offences were a breach of Section 5 of Ondo State Anti-kidnapping and Anti-Abduction Law 2010.

The 7th defendant, Anjorin, had a one-count charge of destroying evidence which is punishable under the criminal laws of Ondo State.

The defendants were remanded at the Nigerian Correctional Services in Ondo State at the Olokuta Prison in Akure.

The matter was later transferred to the State High Court.

After ten months of legal battle, Justice Odusola finally convicted Babatunde and other defendants, having found them guilty “based on the circumstantial evidence” presented by the prosecution.

Earlier before his judgement, Odunsola said evidence showed that Modupe Kolawole handed over his son to the head usher, Margaret Oyebola, during the Sunday service.

He said the lackadaisical attitude of the prophet, immediately he was told the boy had gone missing, and conspiracy of silence by the teachers in the children’s department was intentional and calculated to cover their strange deal to run away with the child.

Justice Odusola also accused the Police B Division Akure of compromising and serving as a tool of oppression for the prophet in the case of the missing boy.

The judge, after that, sentenced the prophet to life imprisonment alongside the convicted church members.