According to a message circulating on whats-app which shows Pastor Chris Oyakhilome instructing members of Christ Embassy to do away with ‘end SARS’ movement on their social media, as he reveals those behind the continued protests going on in Nigeria.

The directive from the controversial Pst Chris Oyakhilome ordering his members to take down all posts on social media that relate to the End SARS protest.

According to the message that was shared through a whats-app broadcast, sent by the Director of Love World Music & Arts Ministry, called on Love World ministers & members to do the needful & treat it with sense of urgency”.

Pst Chris described the ongoing protest regarding ‘End SARS’ and police brutality as a type of agenda that has been orchestrated by the same people behind the COVID-19 fiasco, Black Lives Matter & the likes

Here is a Screenshot of the message in full 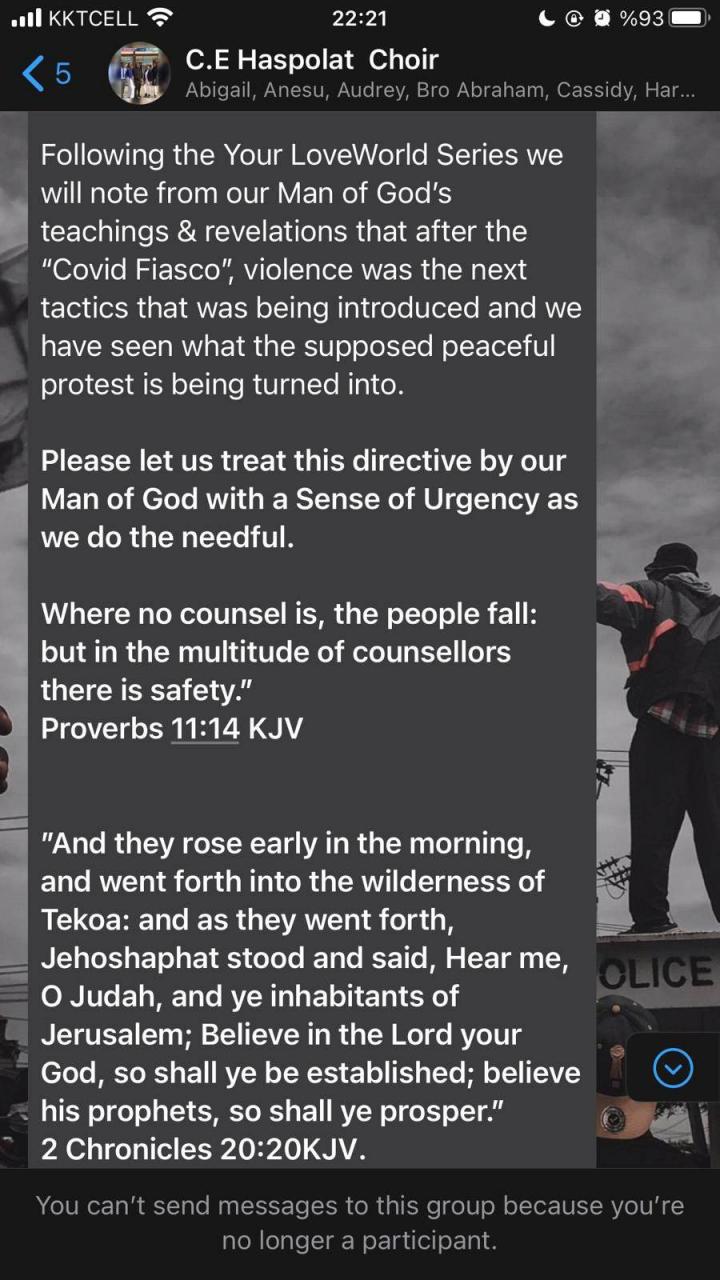 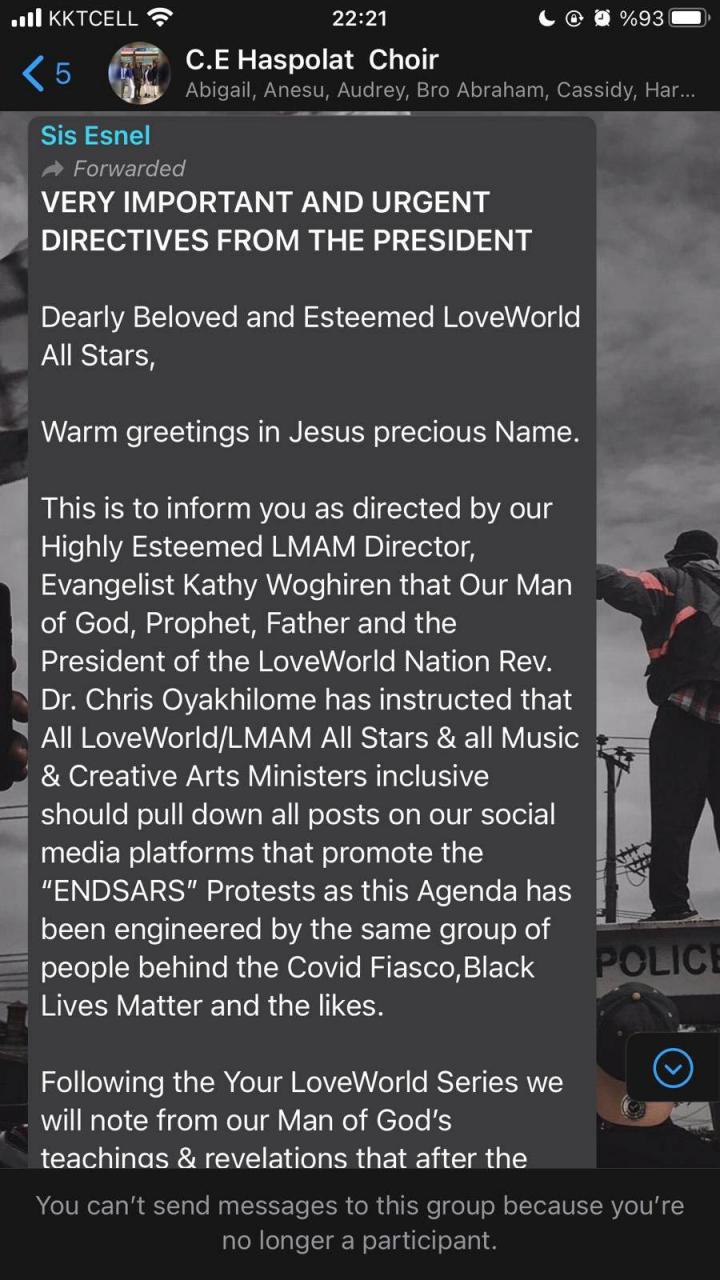 It would Now seem that the Love World Overseer is not in support of the #ENDSARS protests. How do you feel about this?