Please Advice Me, See What A JSS 1 Student Did After I Punished Her -Teacher Pleads On FB Group | MadNaija
ENTERTAINMENT| SPORTS| RELATIONSHIP | TECH | TOP-LIST 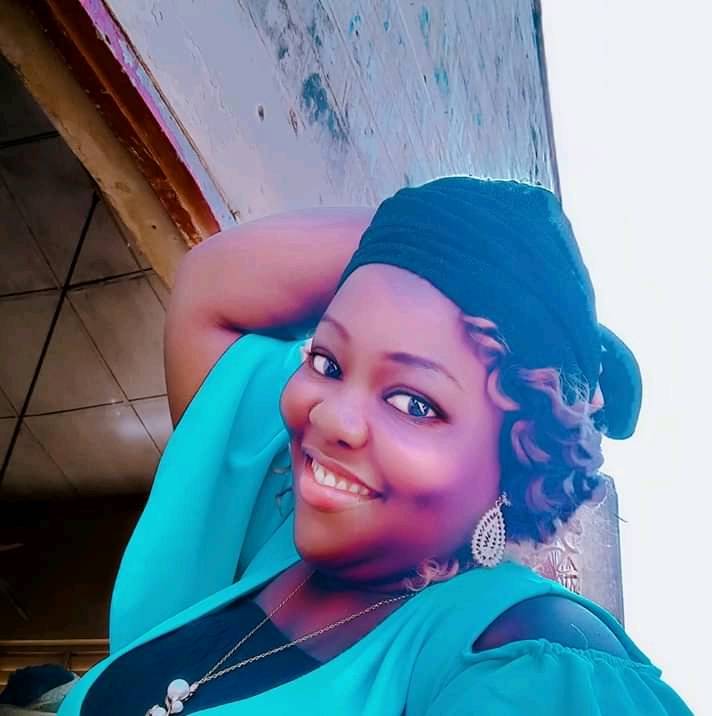 A female teacher went on a facebook group meant for both parents and teachers, to upload a picture of what a Junior secondary school student did after she punished her.

The female teacher whose name is Precious Anyanwu, made a post on the facebook group where she narrated how a JSS 1 student sent her classmates to give her a note, and a plastic bottle of soft drink.

The teacher, Precious Anyanwu narrated how she had punished this junior student, who happens to be one of her best and well-behaved pupil, alongside others who failed to do an assignment, only for her to observe that this student has become very rude and insolent, refusing to pay attention in class.

ALSO SEE:  Young Mother Reveals How Prominent Businessman, Ikechukwu Amaliri And His Friends Forcefully Slept With Her 15 Years Ago (Photos)

The student developed an irritating character, doing things and behaving in ways that will offend the teacher, and according to Precious Anyanwu, she kept punishing the student but would only see that the child started lagging behind in her subject.

The teacher changed too towards the student, by being less strict and less conscious of the student in class, but she always corrects the child whenever she did wrong.

Interestingly, the child brought a touching letter and a gift for the teacher, who is now confused about taking the gift, and about what next she should do not to damage the new found remorse the child is felling. 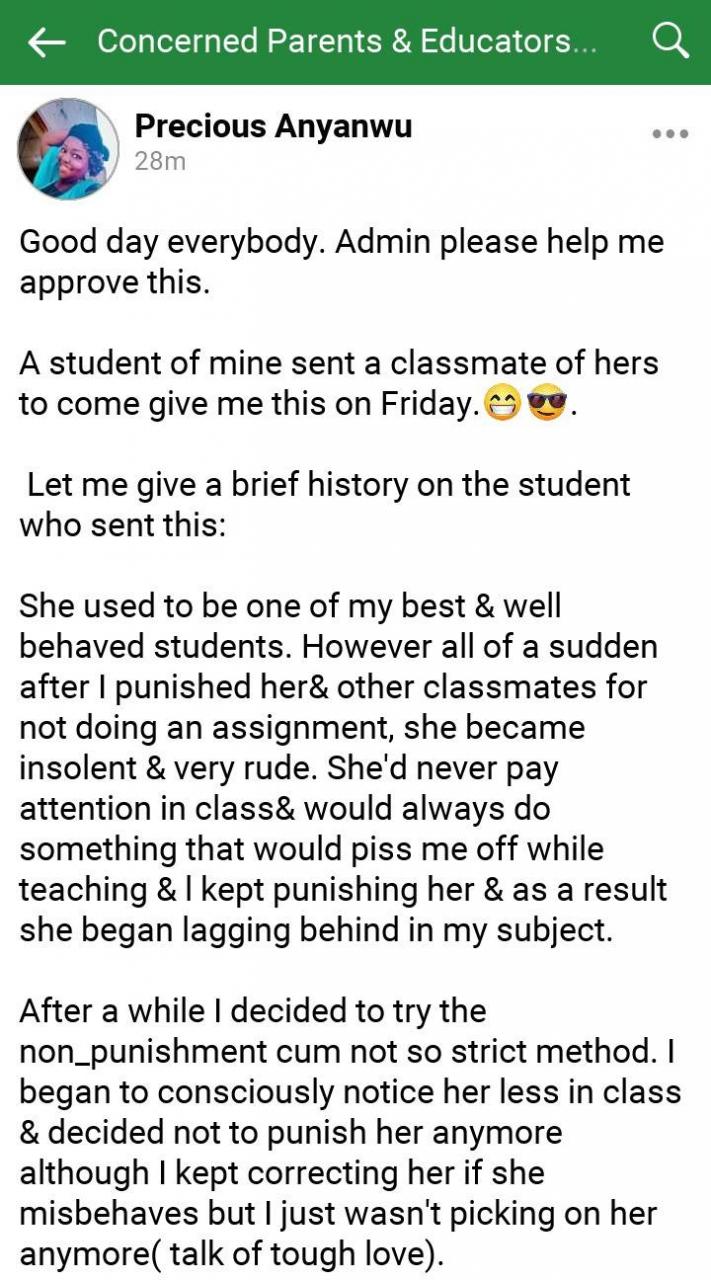 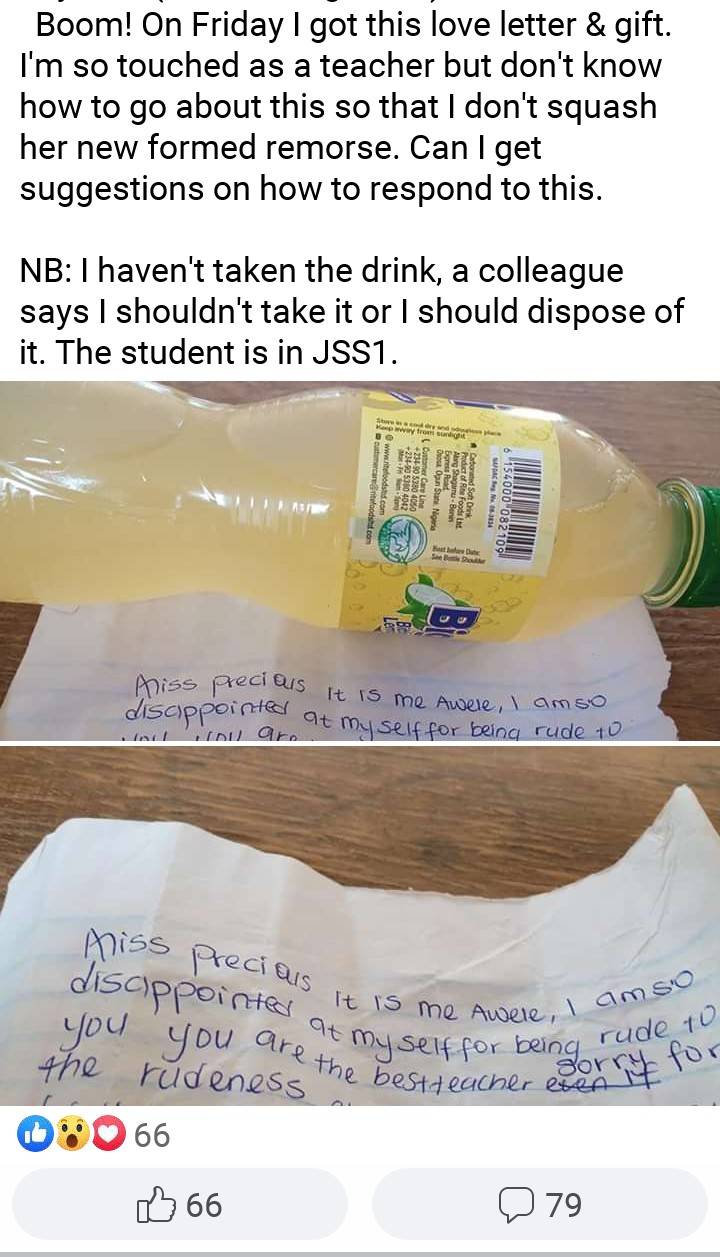 See the child’s letter that was written to the teacher

“Miss Precious it is me Awele, I am so disappointed at myself for being rude to you. You are the best teacher, sorry for the rudeness, [ I ] almost forgot today is my birthday, I wanted to share it with you”

After reading through, a number of the people who reacted felt that the teacher should accept the child’s apology, but instead don’t take the drink for safety reasons. 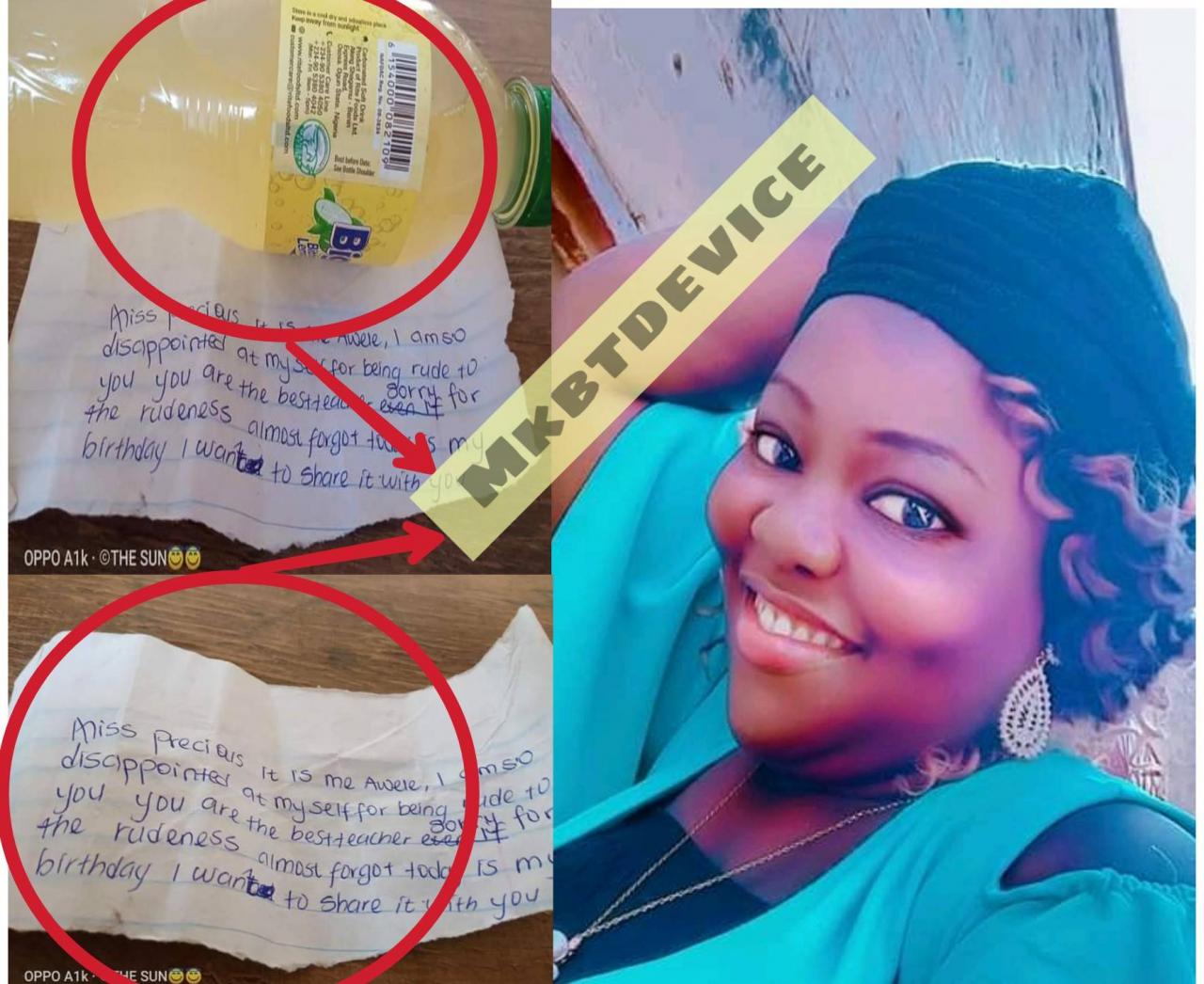 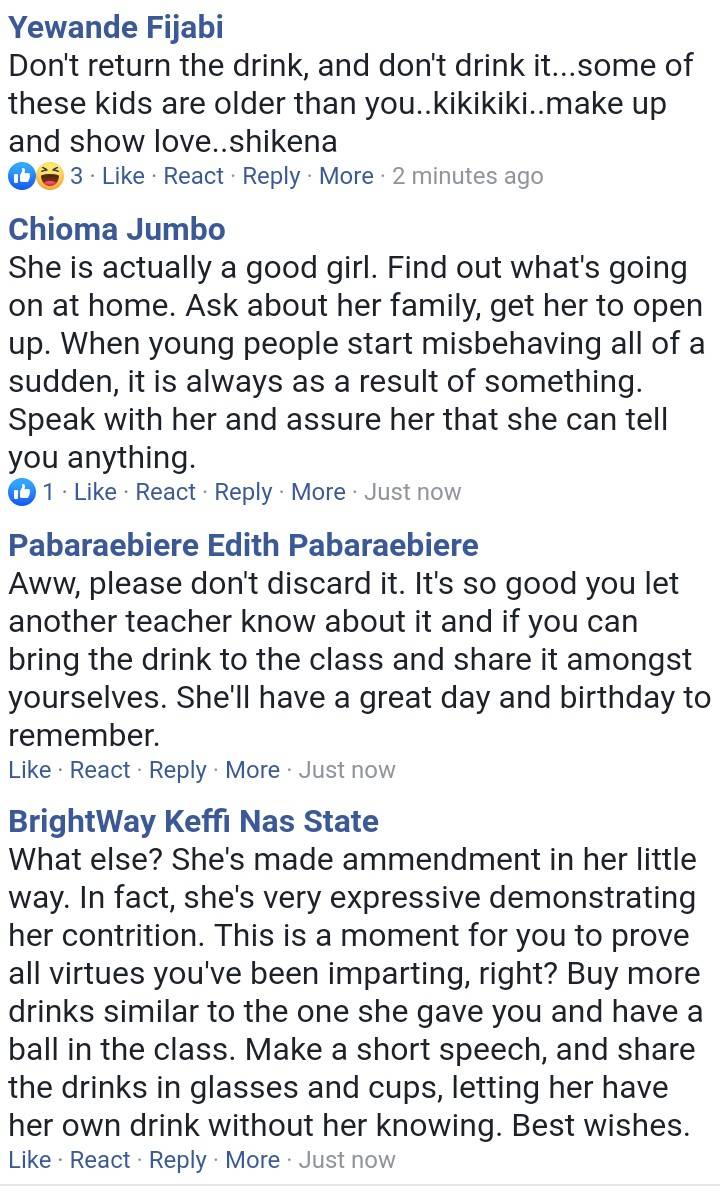 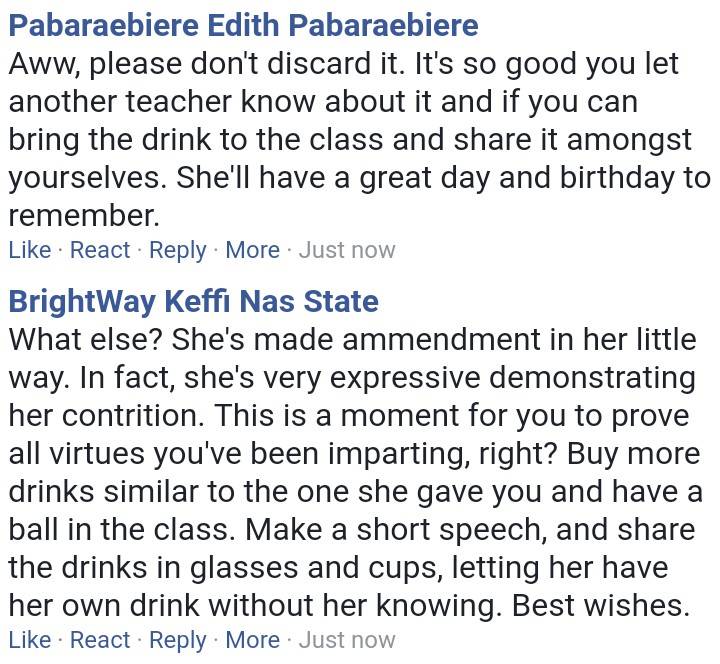