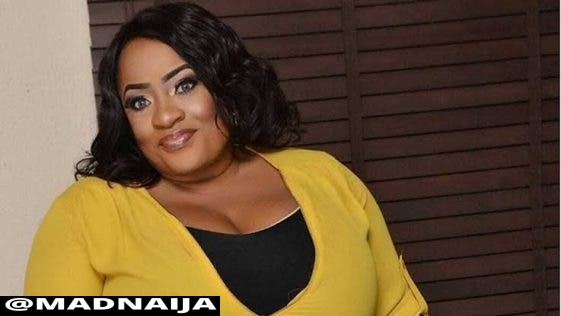 A leading entertainer has revealed during an interview that she lost her virginity to a rapist.

Nollywood actress Foluke Daramola-Salako has shocked her fans by revealing that she lost her virginity to a rapist at the age of 17, during an interview with PlusTVAfrica.
She also had a chat with Funmi Iyanda on Public Eye Live on the topic: ”Combating Nigeria’s viruses and violence pandemic,”  where she noted that celebrities should create more awareness on the scourge and enact it in their movies to spread the message against rape.
“The role of Nollywood is for us to create more awareness programs, have more movies that are preaching the negativity of rape and abuse, the reason it can happen to anybody, and the reason under no circumstances should any rapist be made to look like a good person,” she said.
Daramola who is also the founder of the “Action Against Rape in Africa” initiative, a movement that seeks to curb rape and bring its perpetrators to book in Africa.
She had earlier revealed that 75 percent of the perpetrators of the rape cases addressed by her NGO are religious leaders.
“75% of the cases I have on my table are from religious leaders, and a lot of time, we don’t get to the end of it, because when we start, the family would come and tell us we should leave the religious leader to God,” Daramola-Salako revealed.
Watch video below:
Download WordPress Themes Free
Download Nulled WordPress Themes
Download WordPress Themes Free
Download WordPress Themes Free
download udemy paid course for free
download xiomi firmware
Download Premium WordPress Themes Free