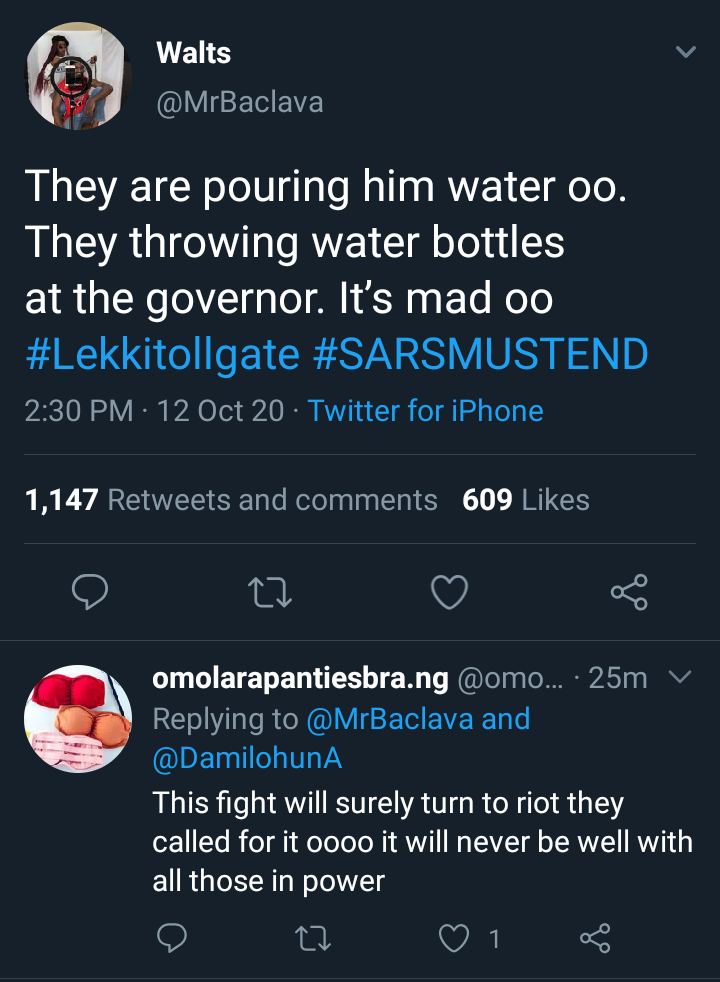 Yesterday at the toll of Lekki, as Lagos State Governor, Babajide Sanwo-Olu had water bottles on his side, trying to address youth demonstrators who blocked the Lekki Toll Gate and retained thousands of commuters. It was dramatic.

It was then that one Twitter user called @Baclava announced that the protestors started throwing water and water bottles at the governor when he tried to address the young protestors. “They’re pouring water oo into him, they’re tossing a bottle of water at the governor. 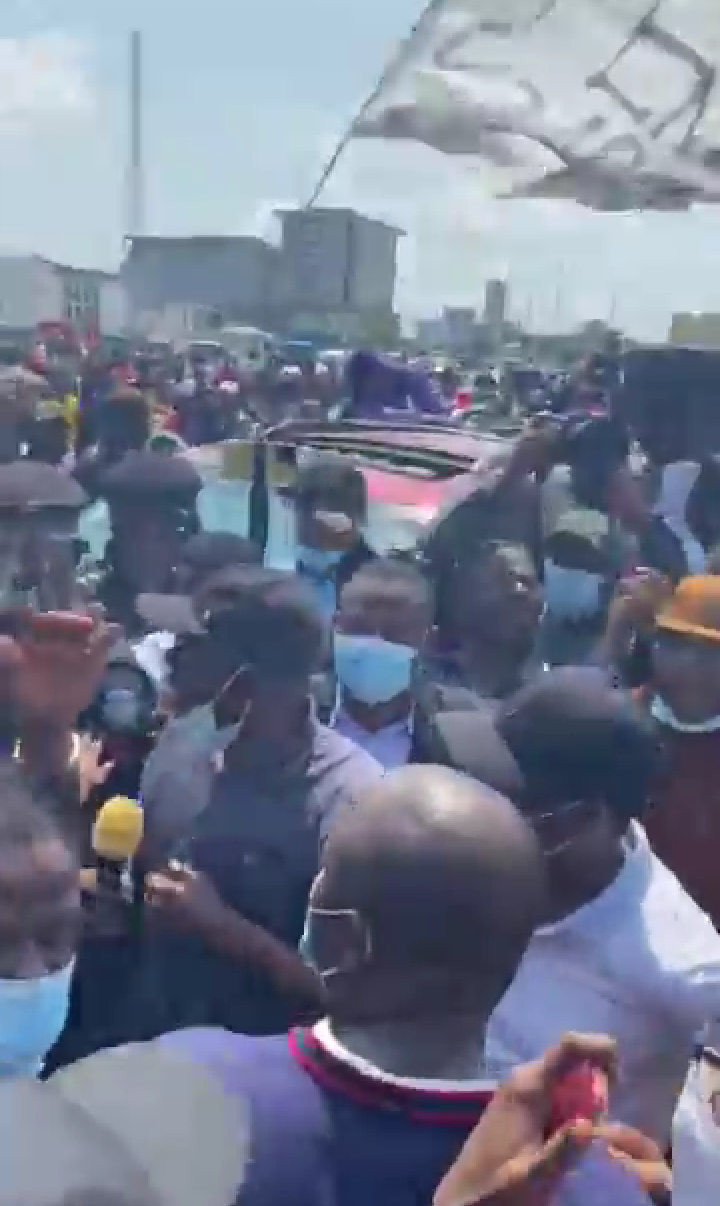 The demonstrators had warned of turning attention to Lekki Toll Gate, the mainland of Lagos that leads most of the island surroundings. True to their word, the protesters were stationed and blocked the Lekki Toll Gate this morning at 7 a.m ..

Demonstrators are singing ‘Sham! Shame!’ as the governor is trying to talk to them. 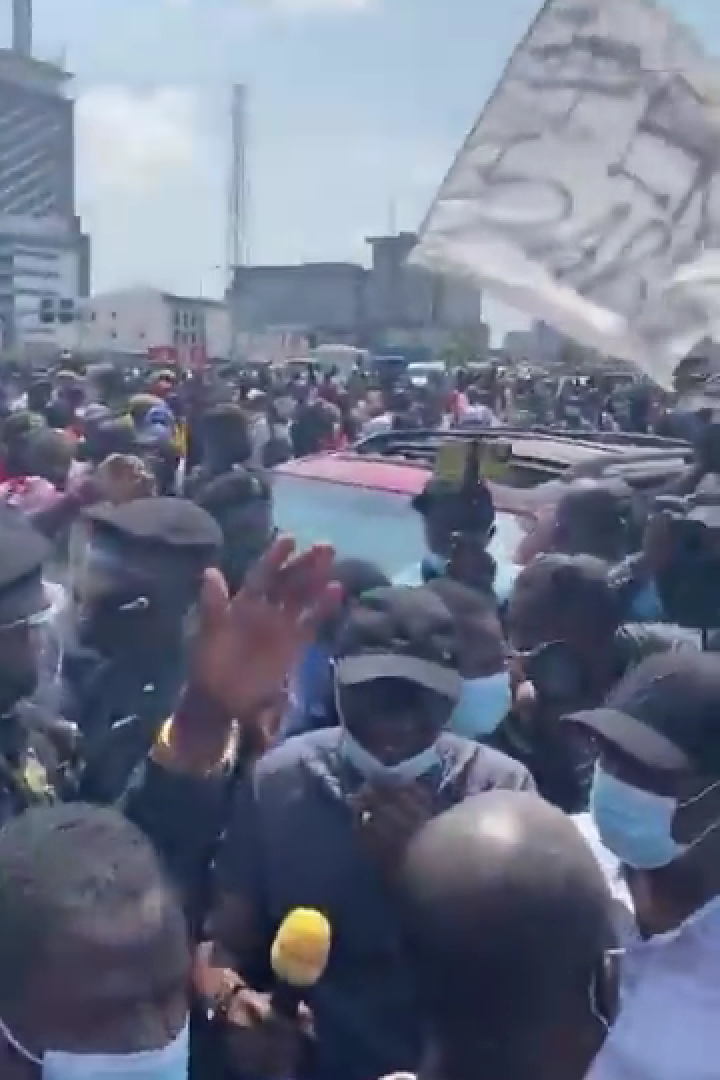 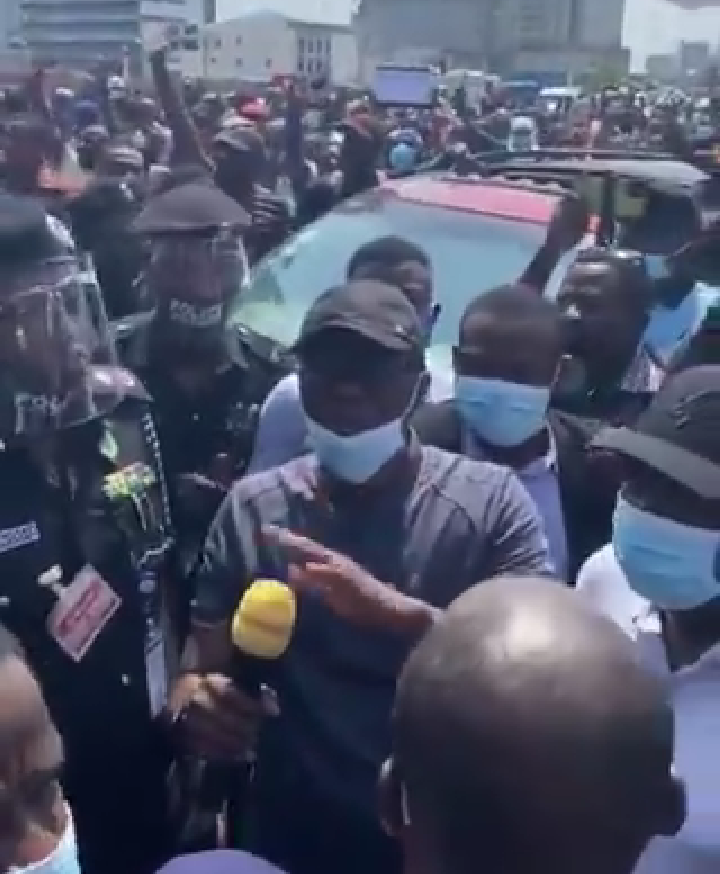 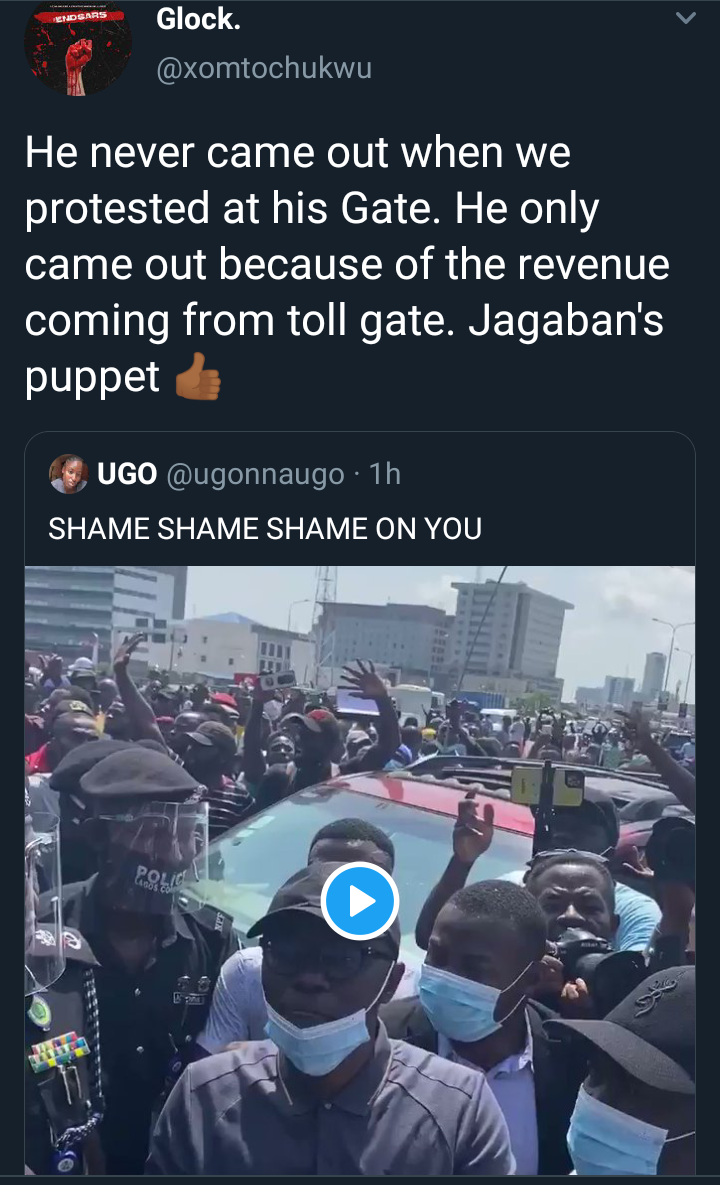 Many people accused the governor of Lagos of worrying only about the investments he and the government made, claiming that only because it was blocked by the protesters that the Lekki Toll Gate, which accounts for a large amount of government revenue, had not operated.

ALSO SEE:  Story Of Anomy; A Call For Revoluation

The protestors had been demonstrating for days now and calling for the end of SARS and for the government to put an end to the violence of the police by introducing changes to that end.