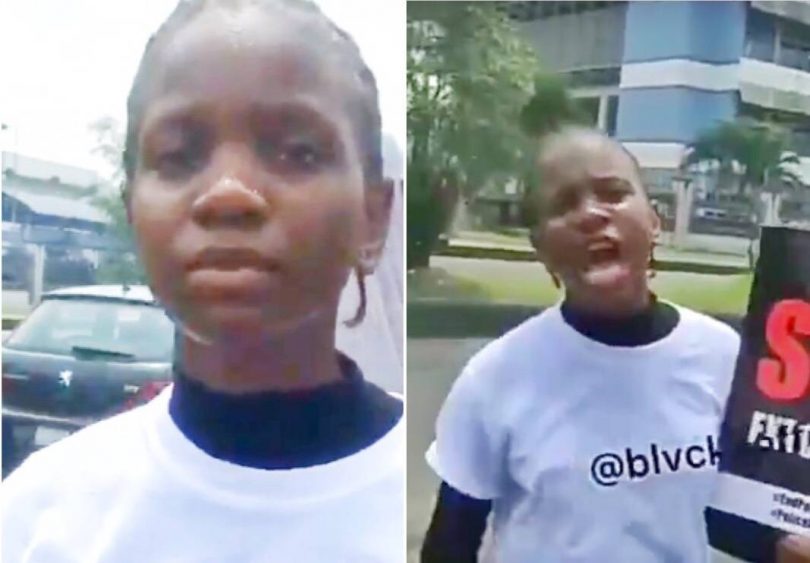 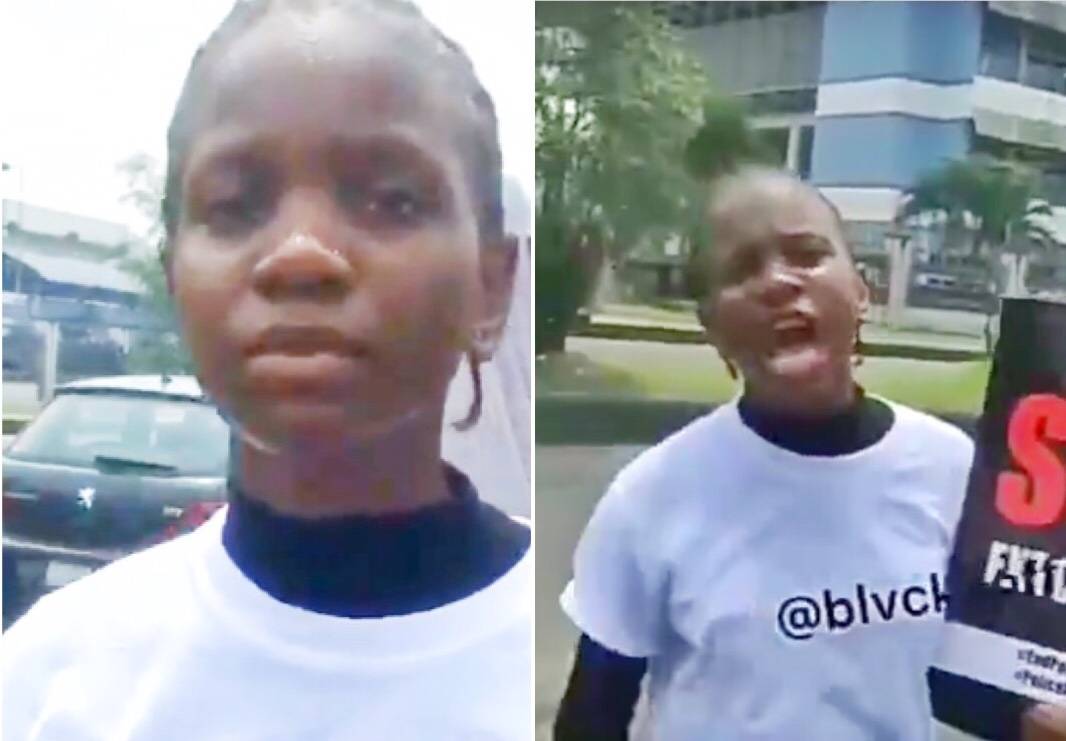 A young lady who gave her name as Chiatuiro Precious Chidera was seen in a video making rounds on the internet alleging that she was sexually abused by operatives of the defunct Special Anti-Robbery Squad, SARS, two years ago.

The lady who was recorded at one of the #EndSARS protest yesterday, noted that she is protesting the end of SARS because she’s been a victim and won’t wait for her children to become victims too.

Chidera alleged that she was also extorted after been abused by SARS operatives.

ALSO SEE:  Meet The Former Nigerian Governor Who Asked His Children To Trek Till They Can Buy Their Own Car

Chidera said that the only crime she committed was to be fresh (good looking).

Young woman reveals she was allegedly raped by SARS officers two years ago after which they extorted money from her. 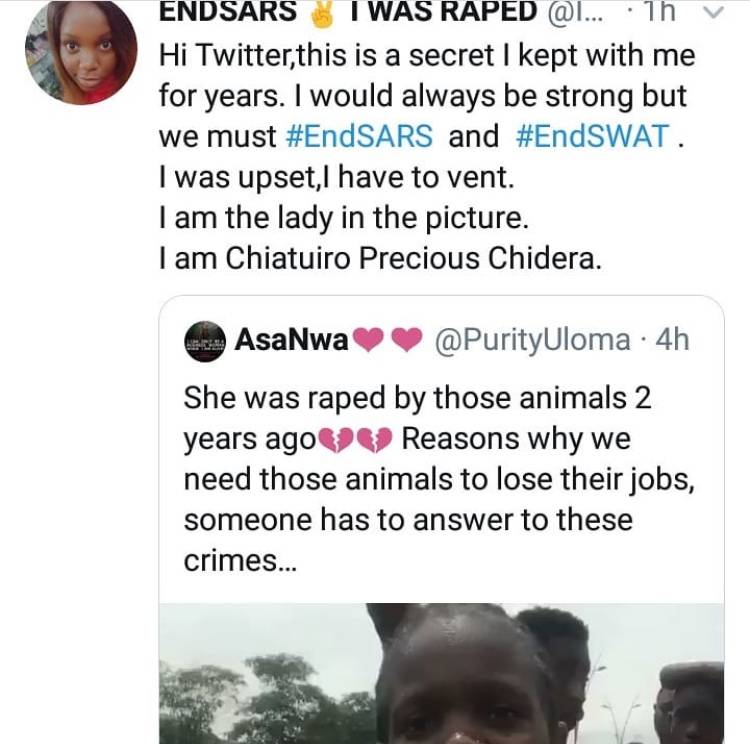 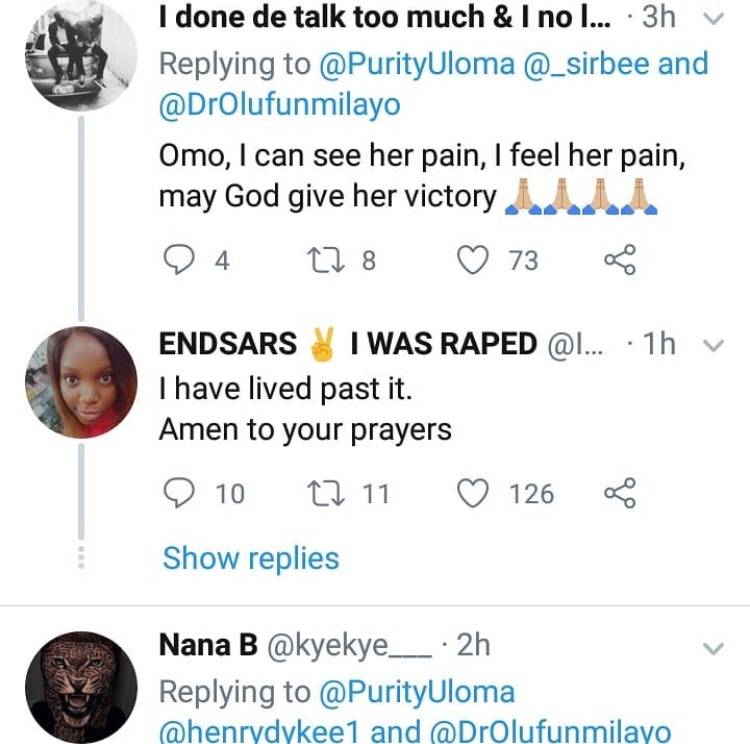 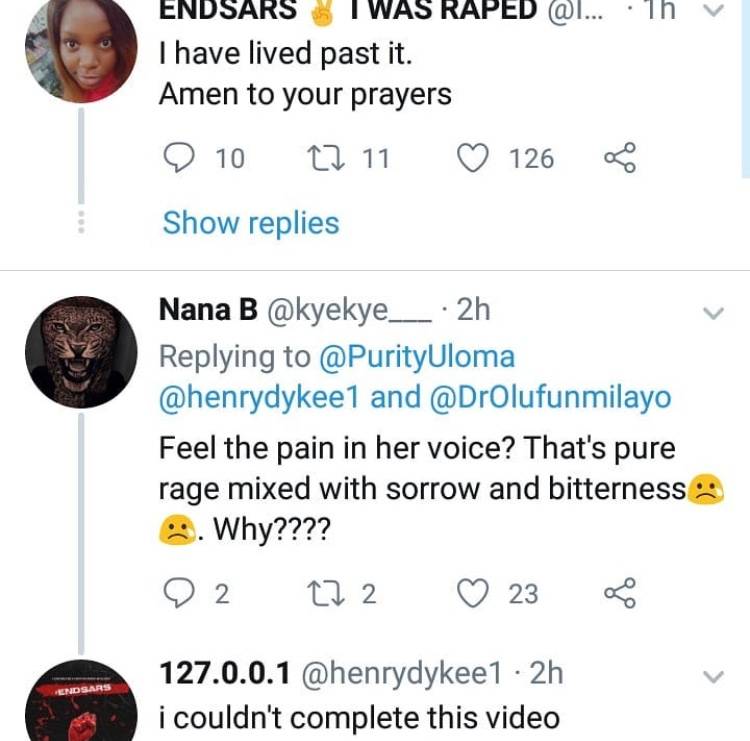