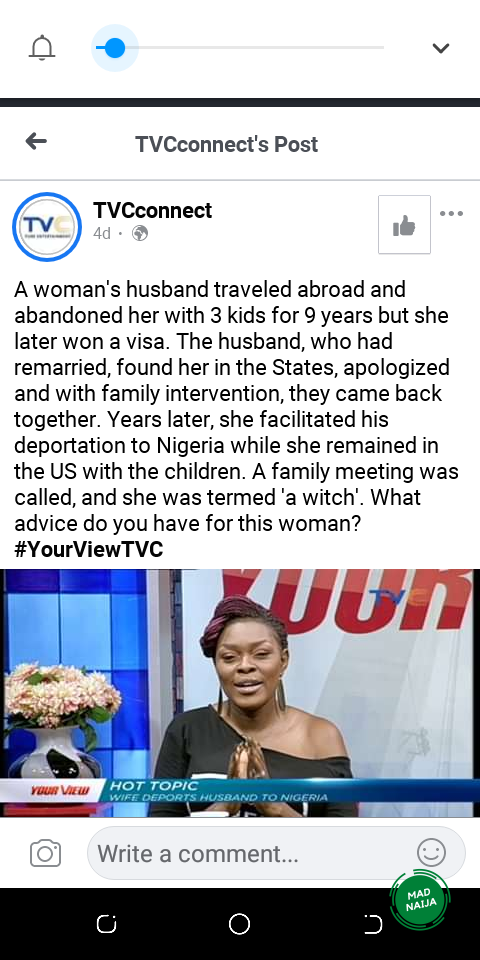 The society we live in today is full of tragic stories to tell and some individual actions that were wrongly taken, so we can all learn from those parts of their mistakes.

The popular Nigerian television station popularly known as Tv has taken to their Facebook page to share an experience about a woman who was abused by her relatives for facilitating the deportation of her husband, who abandoned her with her three children for over nine years traveling abroad.

“A woman husband traveled abroad and abandoned her with 3 kids for 9 years but she later won a visa”.

“The husband, who had remarried later found her in the States, apologized and with family intervention, they came back together”.

“Years later, she facilitated his deportation to Nigeria while she remained in the US with the children”.

“A family meeting was called, and she was termed a witch”.

We may never knew the geniue reasons why the man had to abandon his wife and kids just to travel abroad but according to post, the woman even made us realized the family members decided on calling her a witch for the fact that she was also part of the reasons behind her husband deportation and without realizing the pain her husband left her with.

What do you have in mind for this woman? 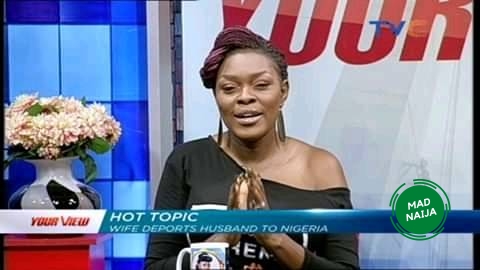 See others reactions Below.

ALSO SEE:  Breaking Headline News For Today In Nigeria As At Monday 29th of June, 2020 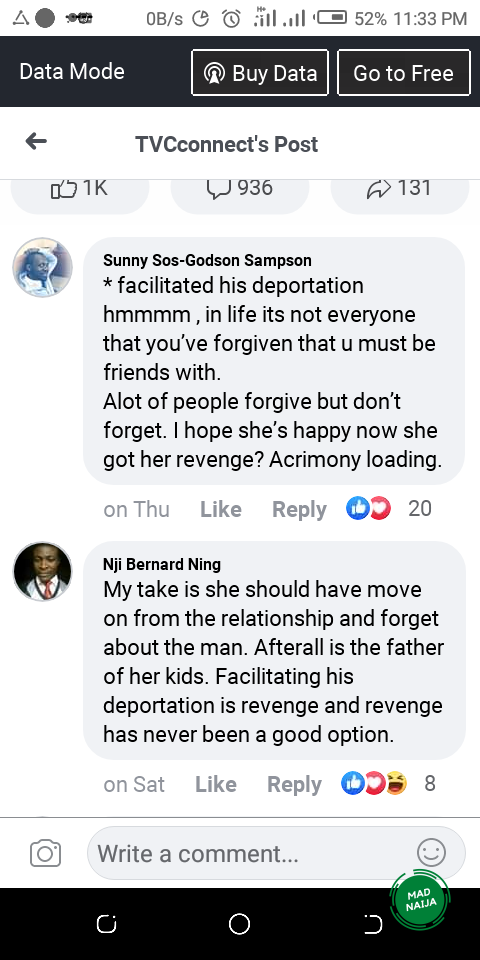 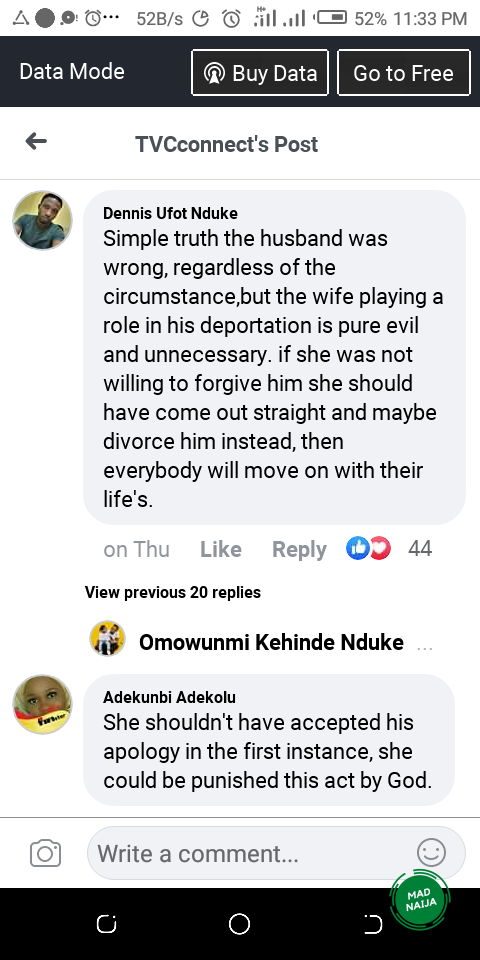 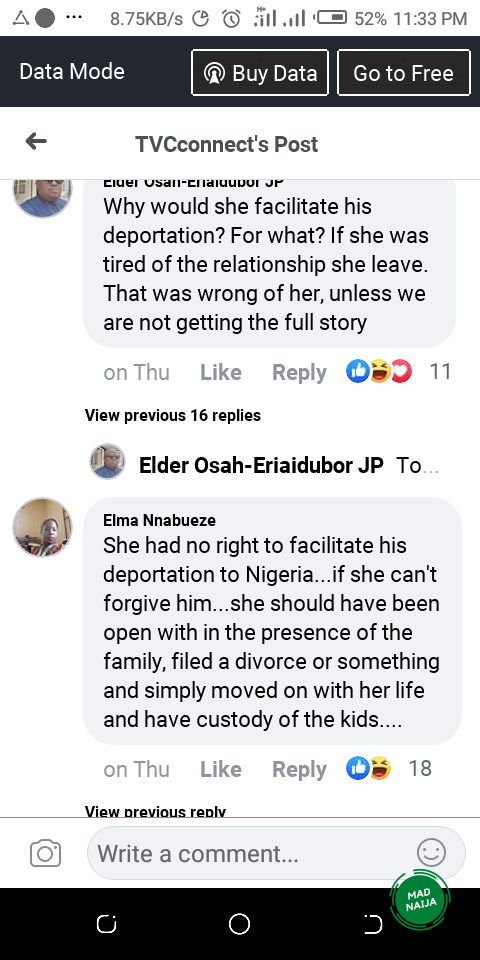 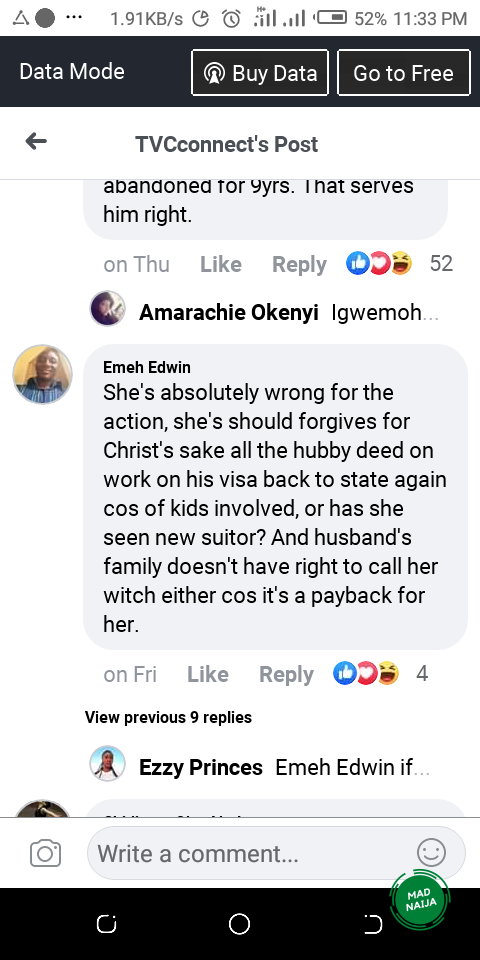 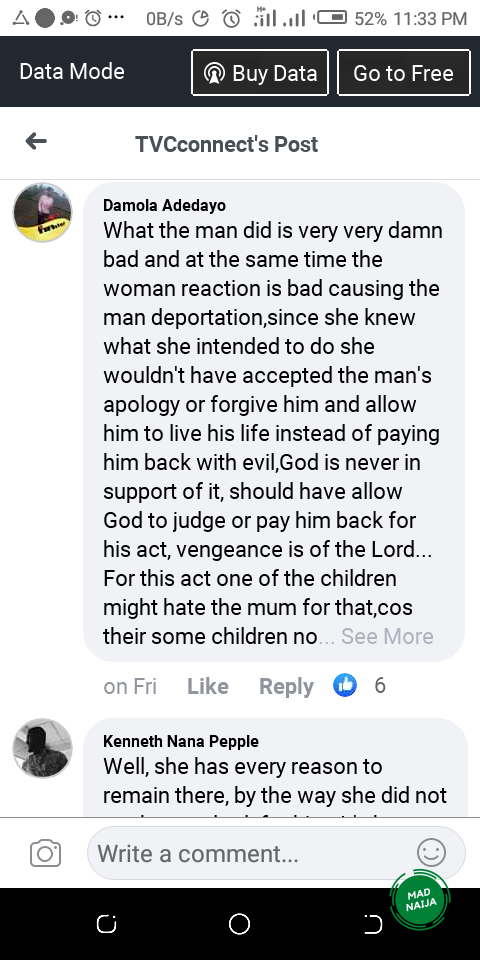 Feel free to drop your comments below.