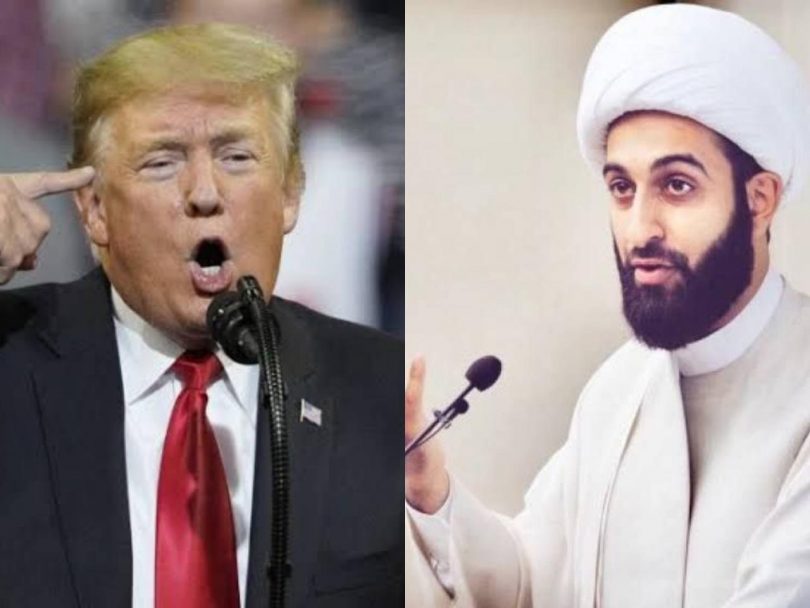 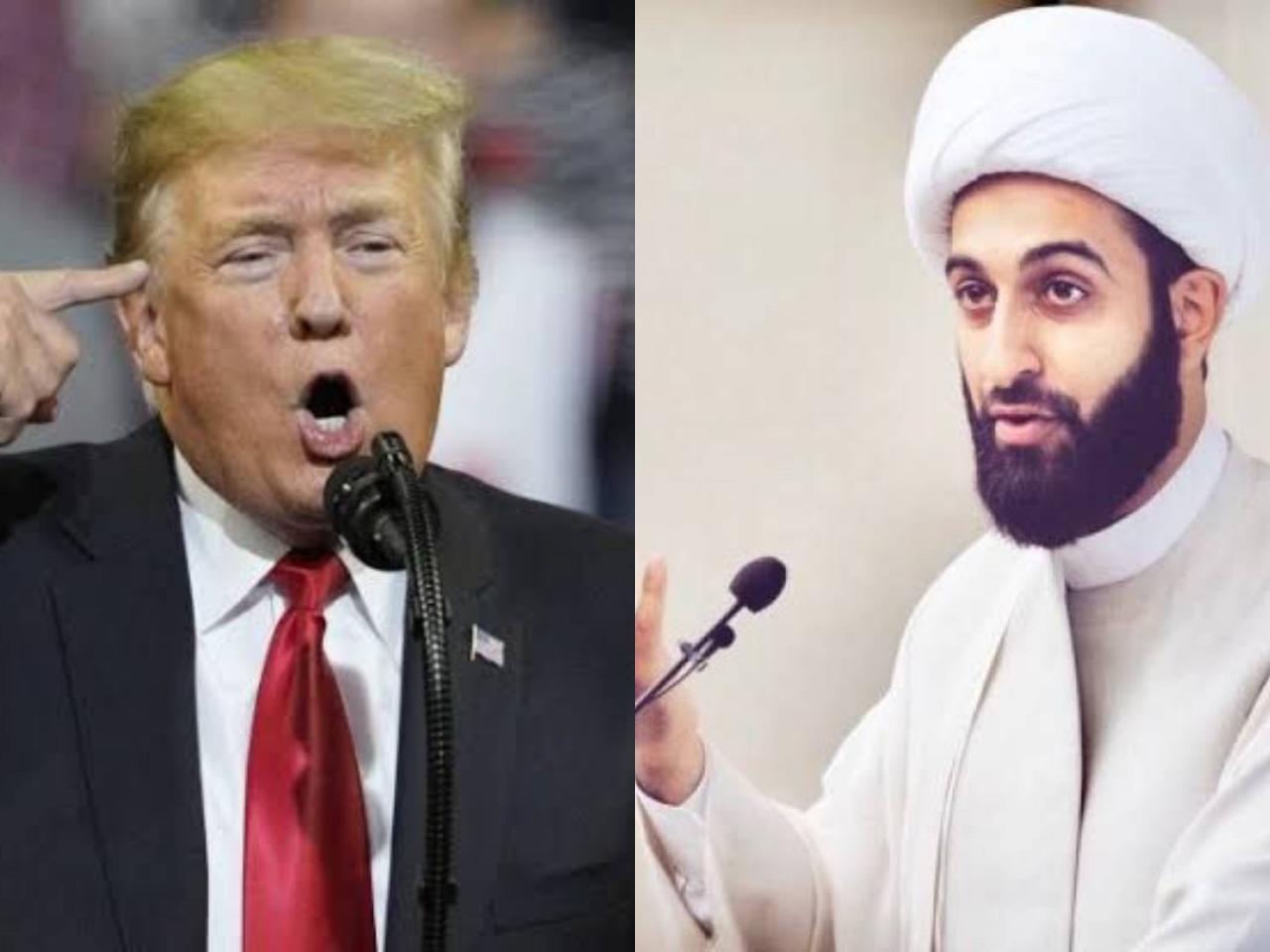 Popular Imam and Muslim influencer has reacted to a statement Donald Trump Made over the alleged Islamic terrorist that attacked people in Vienna, Austria. According to CNN, 4 people have been confirmed dead while many sustained injuries following the attack. It was reported that multiple gunmen opened fire on people at six different locations, one of attacker was identified as a supporter of the Islamic State, he was previously sentenced to 22 months in prison in 2019 for attempting to travel to Syria to join ISIS. He was later released early on parole. 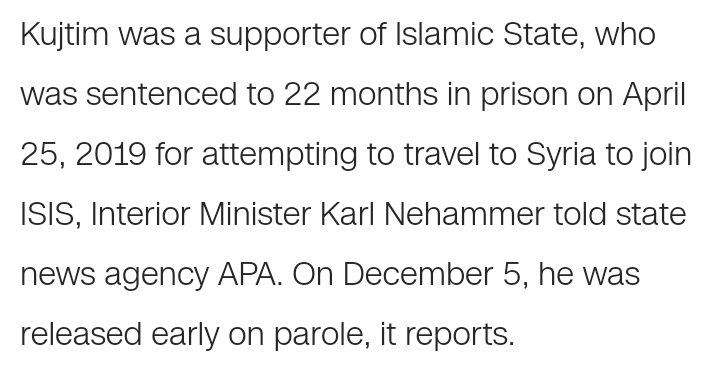 Vienna security operatives are reportedly searching for him and other gunmen which were suspected to be terrorists. Meanwhile, Donald Trump has reacted to the news, he released a statement on twitter and he spoke against the Islamic terrorists that attacked people km Vienna. 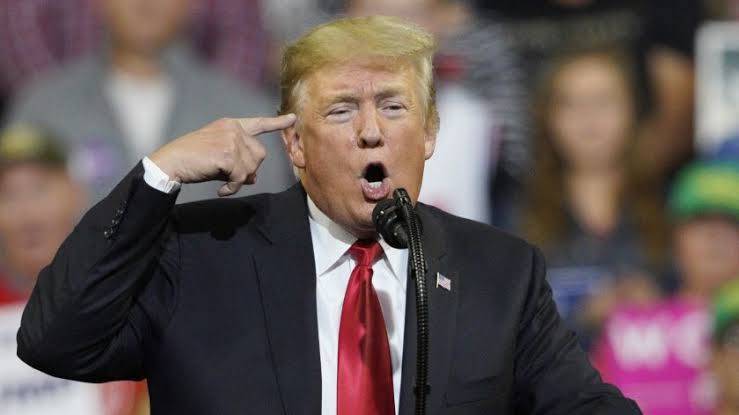 Here is his statement below 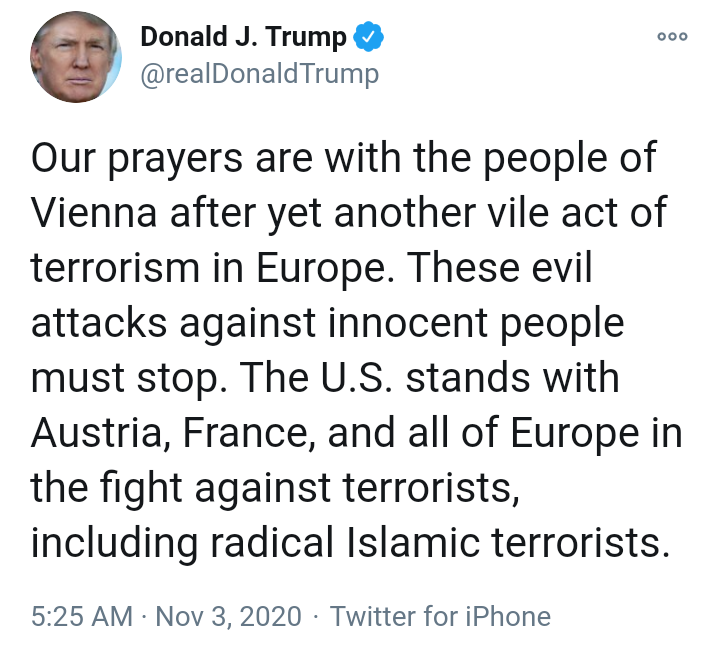 Donald Trump said that United States would stand with Austria, France and all of Europe in the fight against Islamic terrorists. He added that these evil attacks must stop. Popular Muslim influencer known as Imam of Peace reacted to the statement, he asked a question, he said since these Islamic Extremists are not supporting Trump, who are they supporting? 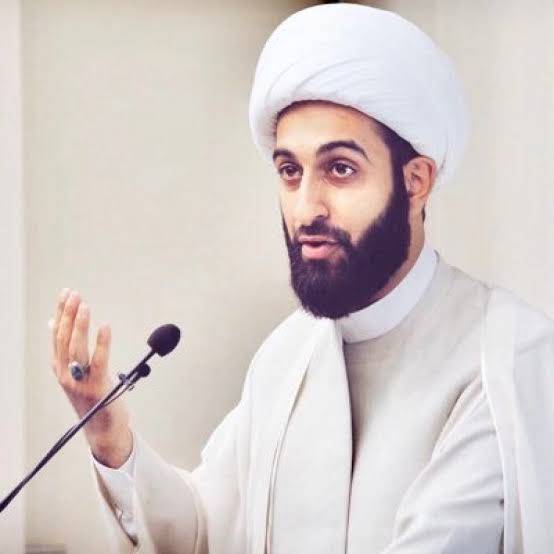 Check out his reply below 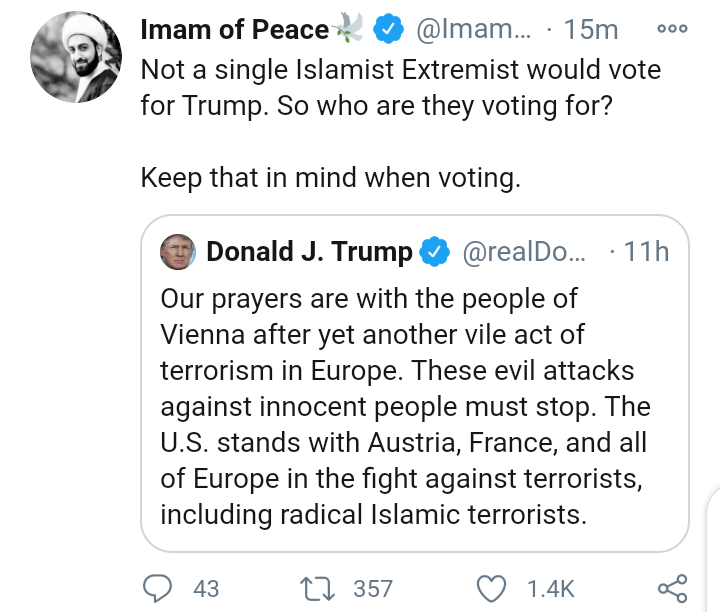 ALSO SEE:  Check Out High 10 Cities In Nigeria With Excessive Charge Of Fraudsters

Seems the Imam of Peace is reminding Americans to back up a candidate who the Islamic extremists are against, what do you think?