Revealed! If SARS Arrest or Harass You, Do This Immediately to Free Yourself and Put Them in Problem | MadNaija
ENTERTAINMENT| SPORTS| RELATIONSHIP | TECH | TOP-LIST 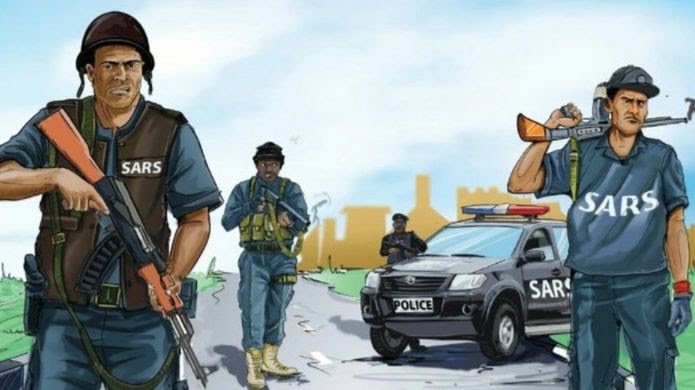 On Sunday, Mohammed Adamu, the Inspector-General of Police, banned the personnel of the Federal Special Anti-Robbery Squad from routine patrols, KINGSPARO reports.

In addition, no personnel of the Force is authorized to embark on patrols or tactical assignments in mufti.

They must always appear in their police uniforms or approved tactical gear.

Following the Ban, i bring to you good news of what to do henceforth if you are harassed or arrested by SARS.

Once you are harassed or arrested, even if its somebody else is being harassed, do what this screenshot below says.

Contact the police with the contact details above and the quick response will put smile on your face.