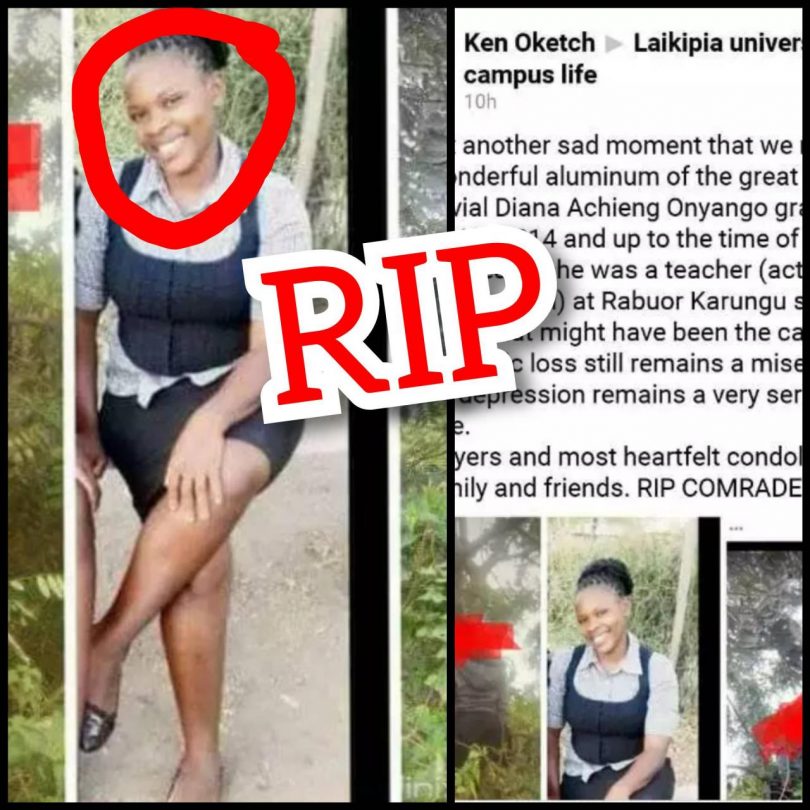 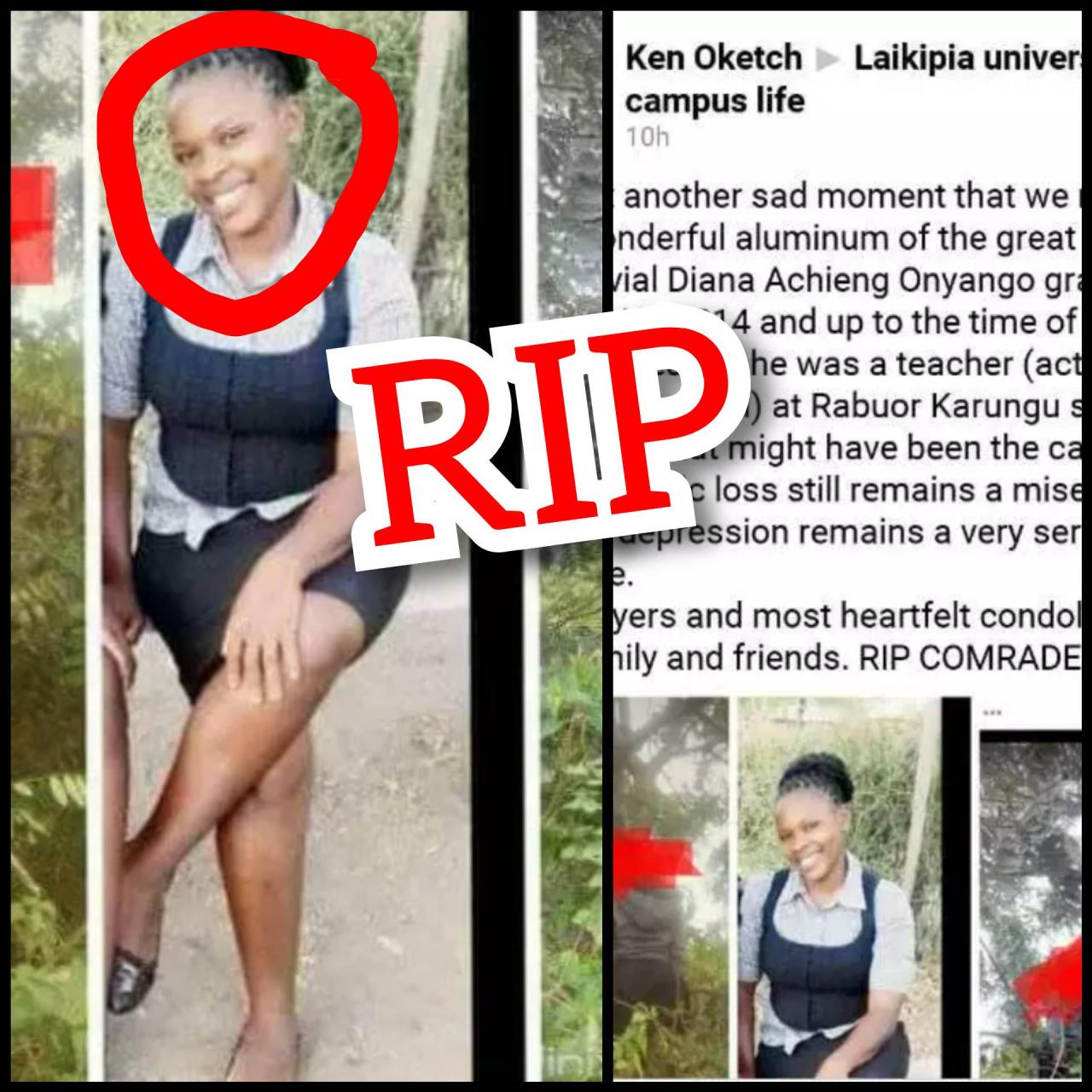 She was identified as a graduate of Laikipia University in Kenya, in which she graduated from in 2014 with a degree in Education.

This is a screens 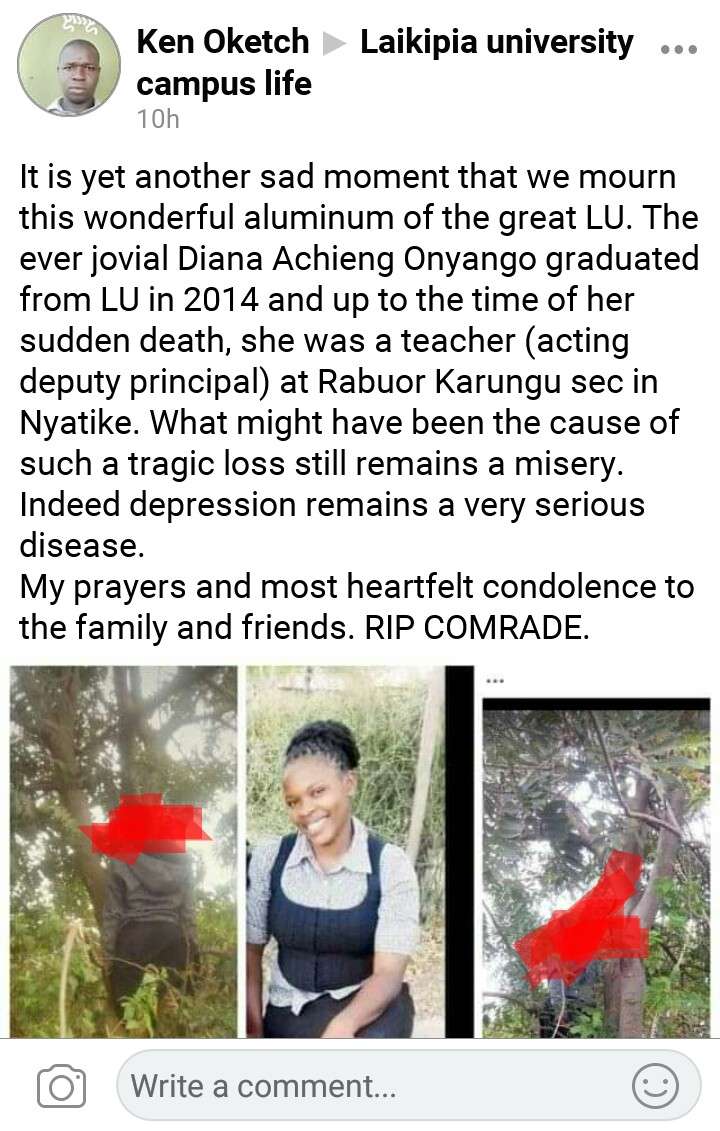 She was found dangling from a tree, as shown in the screenshot above. It is not clear whether she was killed or whether she committed suicide. She was an acting Deputy Principal at the secondary school, where she worked.

Below are people’s comments on the post concerning her death; 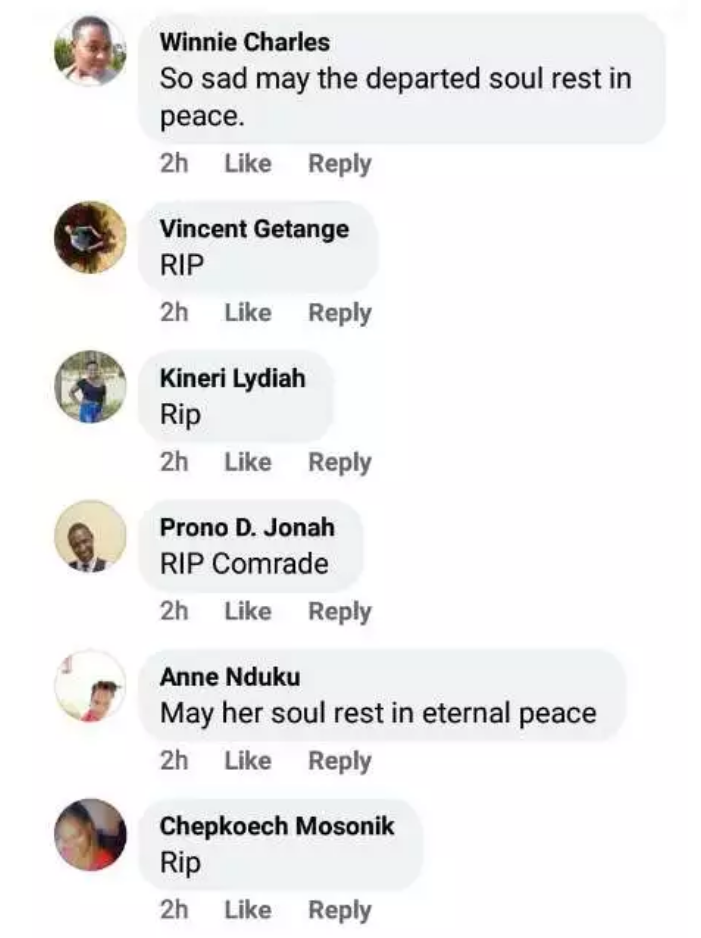 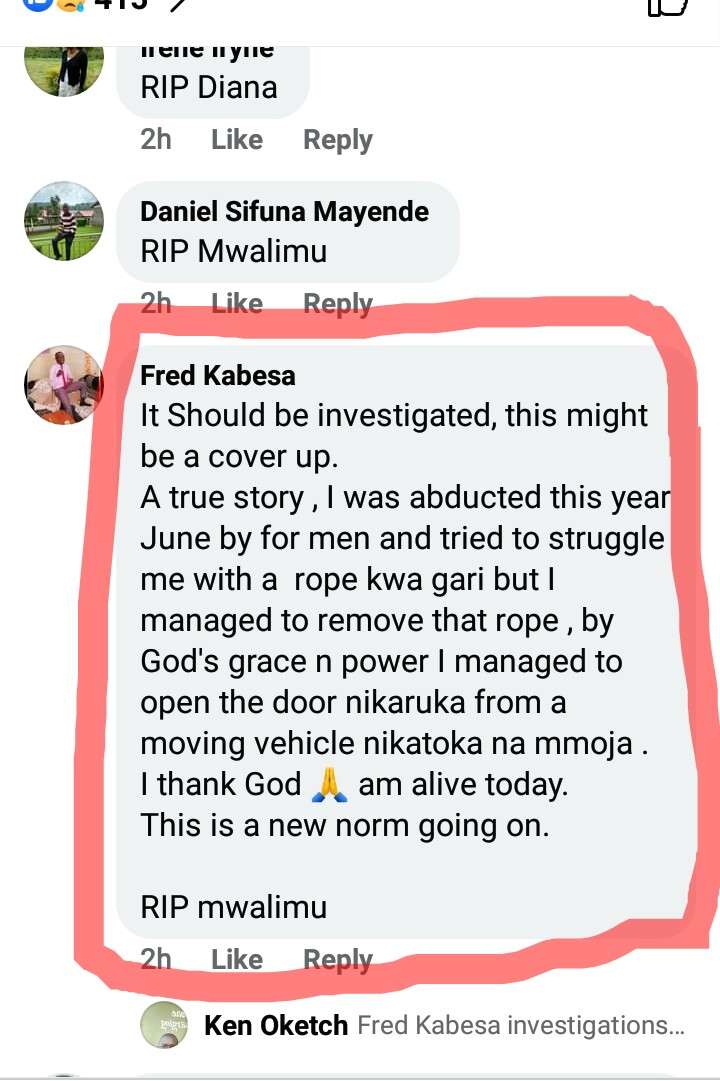 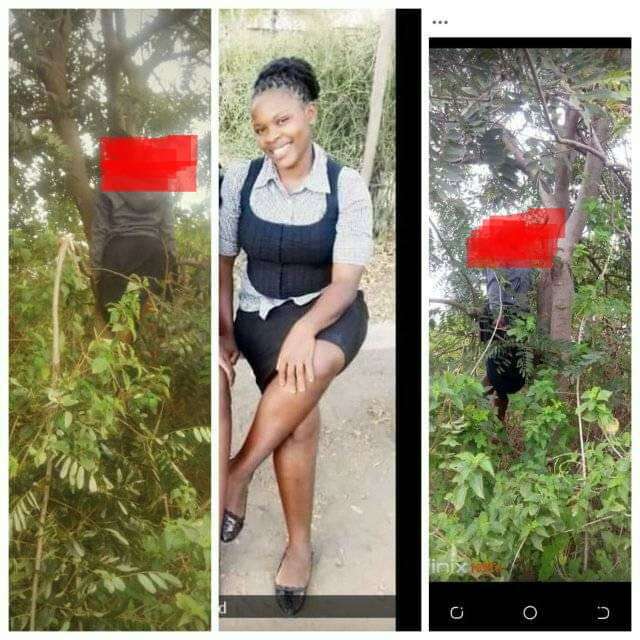 Her death must have been a shock to people close to her including the students of the school where she worked. May God help them and console them.

Everyone should practice carefulness and stay away from troubles. Also, love everyone just the way you love yourself.

Say a prayer for her, drop your opinions and thoughts about this in the comment section below, and share. May her soul rest in peace.