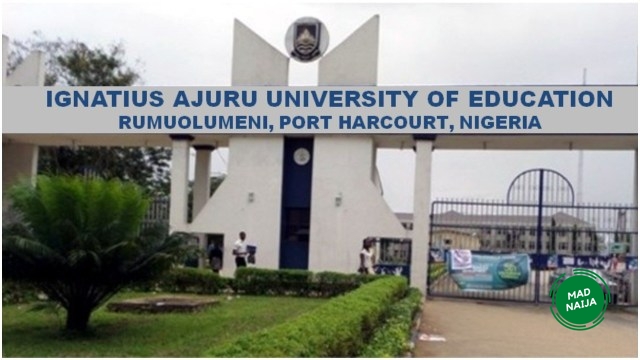 THE Ignatius Ajuru University of Education, Port Harcourt, Rivers State, has placed a lecturer in its Department of Sociology on indefinite suspension for allegedly impregnating a student of the institution after she had been subjected to “serial intimidation and sexual harassment.”

The lecturer, Dr. Rowland Igwe, was said to have had “undue” carnal knowledge of the female undergraduate, which led to pregnancy and health complications for the victim.

The Vice-Chancellor of the University, Prof. Ozo-Mekuri Ndimele, who disclosed this on his official twitter handle, noted that the case had been referred to the university’s Senate Committee on Staff Disciplinary Matters for further investigation.

He said, “The Management of the Ignatius Ajuru University of Education has placed Dr. Rowland Uchechukwu Igwe of the Department of Sociology on an indefinite suspension on an allegation of serial intimidation, sexual harassment and undue canal knowledge of a female undergraduate, which resulted in her impregnation and other complications.

“The matter has been referred to the Council-Senate Committee on staff disciplinary matters for further investigation.”

Stakeholders have risen strongly against the menace of sexual harassment prevalent in Nigeria’s tertiary institutions.

In November 2019, eight lecturers of the Akwa Ibom State University were sacked for sexual harassment and extortion; the Ahmadu Bello University, Zaria, also fired 15 staff for the same offence, among many other cases.