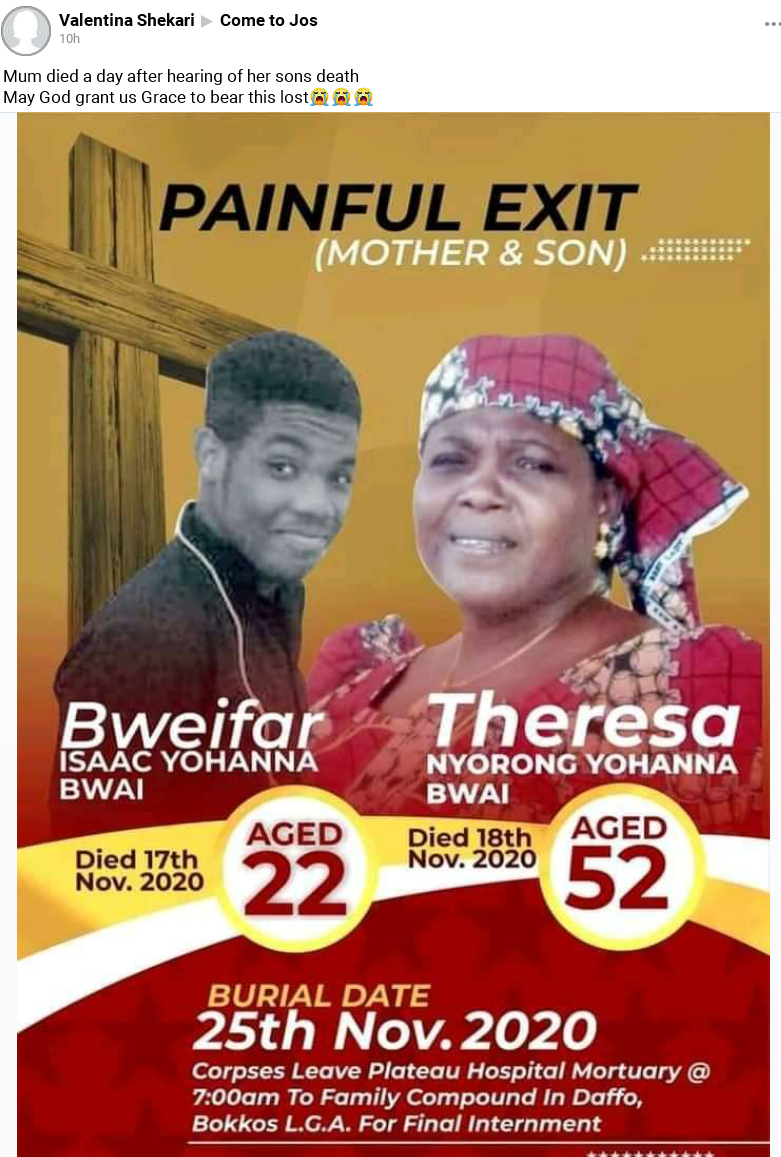 The death and loss of a child is frequently called the ultimate tragedy. Nothing can be more devastating. Along with the usual symptoms and stages of grief, there are many issues that make parental bereavement particularly difficult to resolve.

A Facebook user identified as Valentina Shekari shared the obituary photo and burial details of a mother and her son. According to her, the mother died a day after hearing of her son’s death. See post below;

“Mum dies a day after hearing of her son’s death. May God grant us grace to bear this lost”.

This is really sad. The details of the obituary reveals that the son Bweifar Isaac Yohanna Bwai aged 22 died on the 17th of November, 2020 while the mother Theresa Nyorong Yohanna Bwai aged 52 died a day later.

However, the Facebook user did not reveal the cause of their deaths. 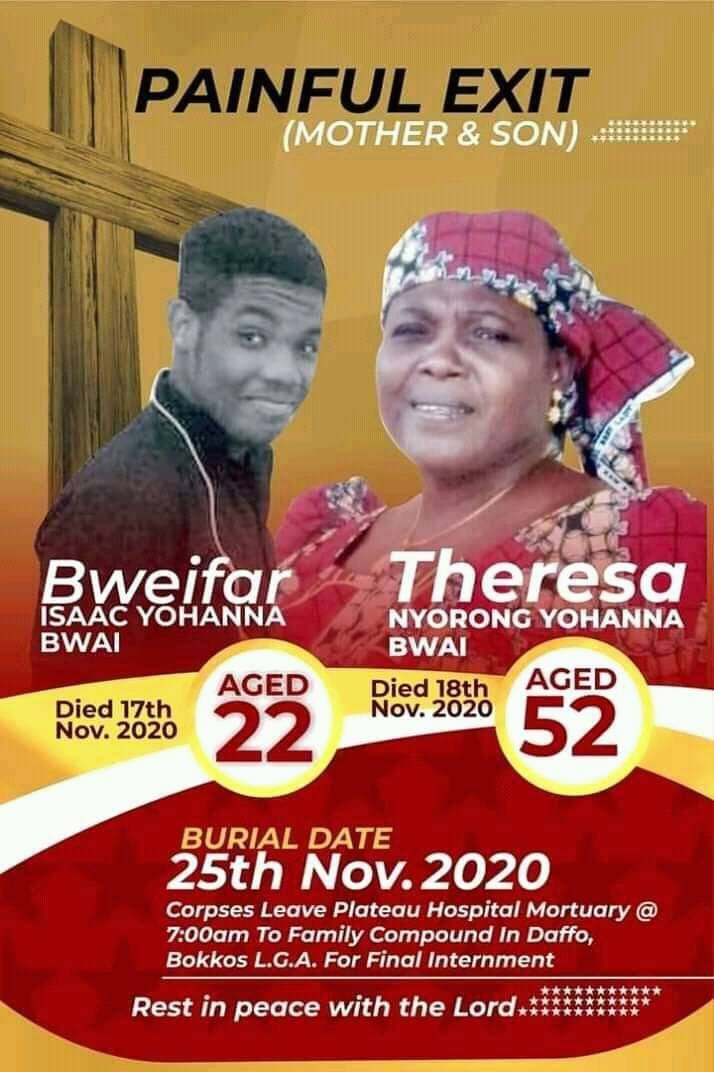 It has been said that coping with the death and loss of a child requires some of the hardest work one will ever have to do.

The search for meaning in a child’s death is especially important to parents. An understanding of how a death fits into the scheme of life is difficult and often unattainable. Faith is a source of comfort for some parents, others with religious beliefs report feeling betrayed by God.

Obviously this mother could not bear to see her son go. But who are we to question God.

Please say a word of prayer to the family.