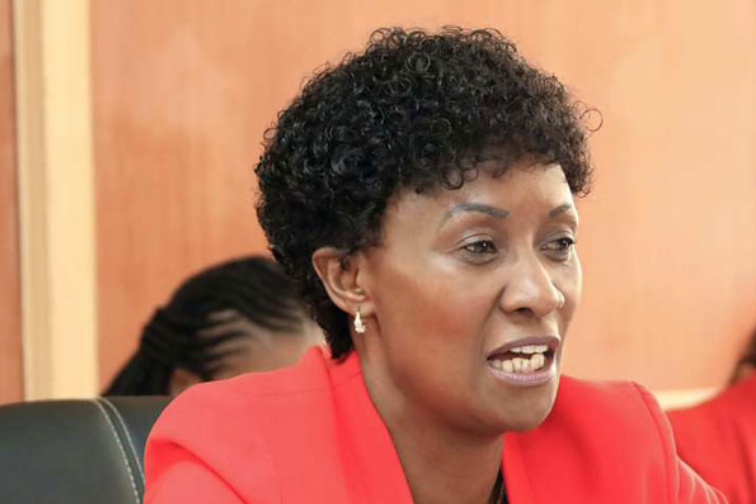 It is now official that all schools are set to reopen fully on January 2021.

This is after several months of shut down since March this year when the first COVID-19 case was reported in the country.

As schools are set to reopen in January next year, it is not only the Children that are being planned on, but also the elderly teachers in our schools.

The TSC chief Executive Nancy Macharia asked the teachers who fall under the high -risk age of 58 and above, who majority are heads of the institutions to work from home.

Nancy Macharia made this announcement at the back of the death of about 13 principals, which most of the deaths have come in the second wave

KNUT secretary general Wilson Sossion added that about 20,000 teacher may be having underlying health conditions.

Data from teachers employer shows that there are some 23,745 primary school heads with 26,950 deputies.

The CS Education George Magoha had this week finally made an announcement that schools will be reopened in January ending the uncertainty that had surrounded the education sector. 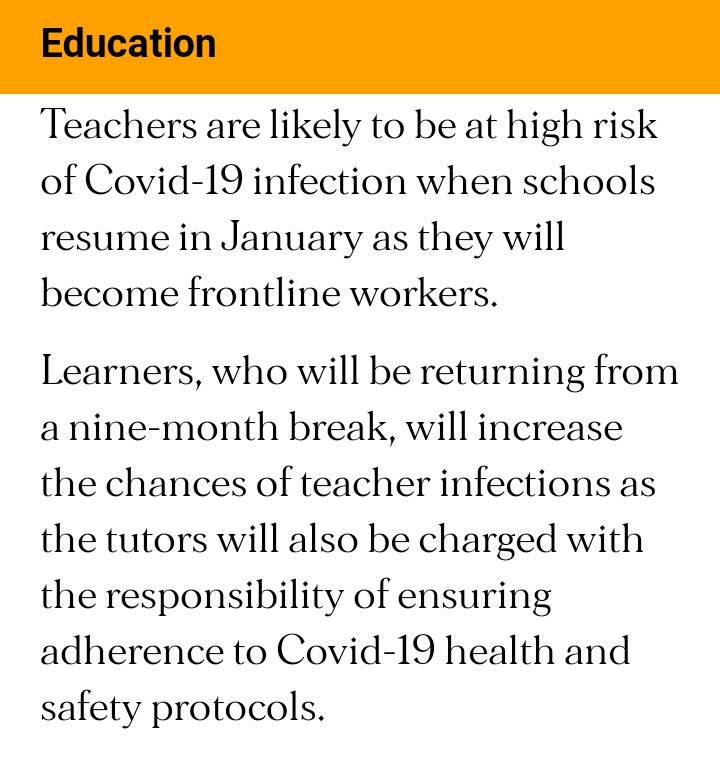 While this is good news to many Kenyans especially students, all teachers in the country have received sad news ahead of school reopening in January.

ALSO SEE:  May God Have Mercy On Us, See How This Boy Change Himself Into A Lady Using Make Up

According to a publication by Daily Nation today, it has now emerged that teachers might have a hard time when they report to school in January.

This is due to the fact that they will be most likely be at a high risk of contracting COVID-19 since they will join the long list of Frontline workers in the country.

Learners who would have been at home for almost nine months will increase the chances of teachers contracting the virus since they would have travelled from different areas some of which are COVID-19 hotspots.

They say that the calendar may result to fatigue to both the students and their teachers as well.

The experts say that the burnout could result to an increase in number is school dropouts, saying burn out is a mental ,physical and emotional.

Dr Emmanuel Manyasa Executive Director of Usawa Agenda, does no agree with this stuffed up calendar,saying it will do little to child development, as the way it is structured it is for syllabus and not growth.

The sentiments that were echoed by John Mugo who is the Chief Executive Director of Zizi Afrique, who said the with the 8-4-4 curriculum, there is a lot of content to cover, and that the students that are slow learners are likely to fall far back as there will be no time for them to catch up due to squeezed time to cover the syllabus.

The fact that holidays are less than the normal one month, both the teachers and students will find it hard to adapt, as holidays are often used as the time to recharge the batteries to push for the next term.