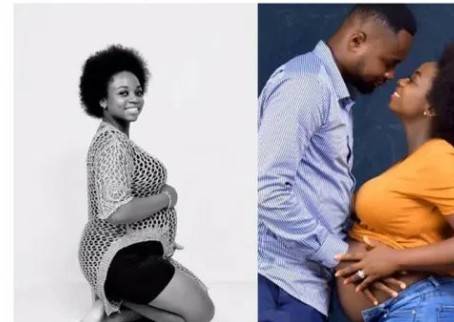 Being in a marriage is like being in a distress room filled with so many cameras that are watching your every move and decisions. The life of a married man and a married woman is not as easy as most people think, because there are so many circumstances that usually happen in marriages, especially when it comes to the issue of conceiving a child.

The issue of child conceiving has led to the destruction of many marriages that were born out of love and care, either because of insults from the family members, or because of the public harassment from close friends and relatives.

Most married women that we see today are some how facing one issue or the other especially when it comes to the issue of getting pregnant for the husband, as most of them usually receive all sorts of all insults and disgrace. And in other to get pregnant, most of these women take to dubious means like going to a spiritualist or a herbalist for a remedy to their condition, because they usually doubt the power of having faith in God.

Most women have grown so impatient in these recent times, and they always fail to understand the fact that God is not a magician, neither is he a fast solution to any problem. The word called patience sounds like a prison cell in the ears of most women, because they all want quick answers and solutions to their predicaments, and this is however the case of a beautiful young woman whose name is “Njuare Asandia Inyang”.

Few hours into the afternoon period, I decided to while away some of my time on Facebook, and I however came across a captivating post of how a young woman was narrating the ordeal she went through in the process of conceiving a child for her husband. The Facebook user whose name is “Njuare Asandia” however narrated the whole story as she advised women against impatience.

The story is a bit very long to type, but in summarized manner, she however narrated how she was finally able of convince, after being diagnosed of a disease called endometriosis. She also added that she had to spend a lot of money trying to cure her disease, as she drank all kinds of herbal mixtures and concoction that did not yield any positive result.

ALSO SEE:  Men, Can You Do This For Your Wife? See What A Man Did In The Open When His Pregnant Wife Got Tired