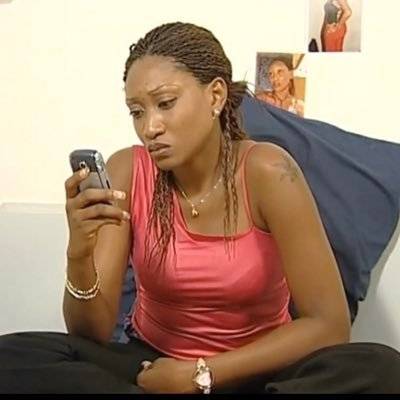 I’m tempted to point out the grief and pariahs attitude Nigerian Police (SARS) have caused in the lives of citizens.

If I had to emphasize more of their Nemesis or we have been giving an opportunity as an individual to share our experience so far, it’s obvious that we cannot tell it all but to be reticent and hope God will fight for us as a citizen because I’m included in this situation but thank God for my life today.

As SARS has become the subject of the day, a Nigerian preprocessing lady has come out boldly to share her sad experience she had with Special Anti-Robbery Squad (SARS). She took to her twitter page and encountered her ordeal with SARS.

She writes in details on her twitter page; SARS that picked me up, and made me take videos with drugs and made me say I was a drug dealer. After paying 50k, one of the officer Started to blackmail me with the video saying I must meet him at a hotel.

We must #EndSARS. I could have died too, because before picking me up they were literally just pursuing people and I started to run, they shot at me but missed… seeing the stories of everyone that has lost their lives. It could have been me and just like that Babygirl is gone. #EndSARS.

by following the threads of commentators,we see the reactions and the cruelty SARS have caused in the life of many.

it’s obvious that their insurgent is even worster than so called terrorists because they tend to kill as easy as possible without thinking twice that these people are human being like them,they have parents as they do and how do their parents feel if this tragedy happened to them. Guess they really out of the realm of consciousness anytime they will perform their wicked acts.

Are you part of the victims? Don’t be hesitate to share your experience in the comment section.