See what an anonymous person did for the man who returned lost 700,000 naira to the owner. | MadNaija
ENTERTAINMENT| SPORTS| RELATIONSHIP | TECH | TOP-LIST 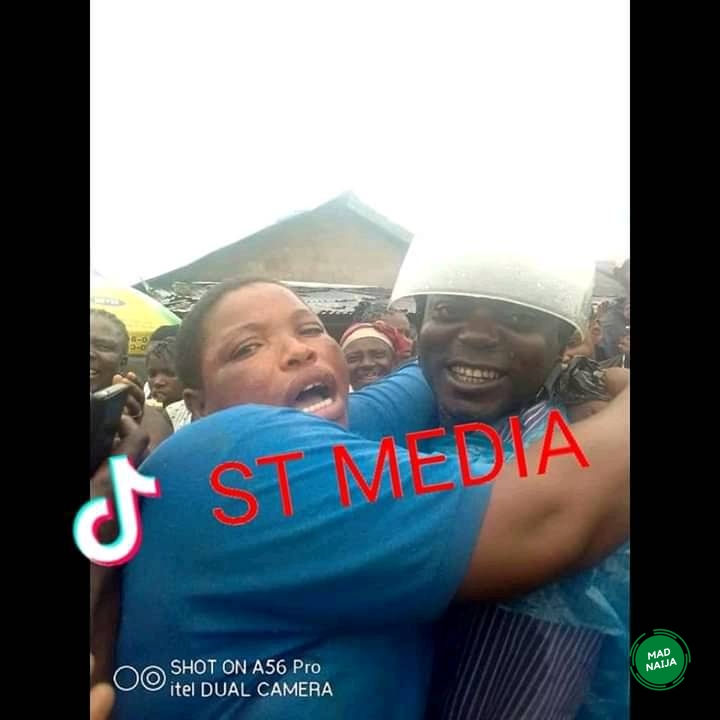 It is really good and advisable to be good and kind even if not for the sake of what people will do for you but for the sake of God who sees and blesses in the secret. A lot of people my have lost hope and taste of doing good because the good they did, turned out bad on them but as long as one lives, it is always good to do good despite people’s judgement or payback.

Few days ago, this man identified as Mr Augustine Ogun who is a motorcyclist, returned 700,000 naira to the owner who according to this man in an interview said she left the money on his motorcycle.

According Sapele Oghenek, a Facebook user who shared the story, he said such men are rare and the man is really a poor man because he was later traced to his family and his house was seen to be a little mud house that accommodates just him and his family.

ALSO SEE:  JUST IN! Nigerian Military Has No Right To Declare Any Citizen Wanted - Court Says

In an interview video as shared by Sapele Oghenek, the man revealed that he is a member of Winners Chapel Church and he learned from his pastor that one should return what he found that does not belong to him to the owner.

After he revealed his identity and many other things about him, the group of people of from the above mentioned Facebook user because Sapele Oghenek is a social media influencer and has a lot of people following up his wall, he made it public for anyone who could help the man with whatever thing.

According to report, the motorcycle that the man uses is not his but based on a high purchase. After this information on social media, a lot of people started showing interest in helping the man and according to Oghenek, one of the people who saw the post promised to buy the man his own motorcycle. He said the donor lives abroad and his identity was not revealed.

ALSO SEE:  I Left My Child with My Mum to Focus on my Schoolling but Now, She Prefers her Grandma to Me- Lady

Yesterday, he shared a video of when the man went to carry the motorcycle as the anonymous donor has paid for it.

Like I wrote earlier, it is good to be good because even if humans don’t reward you, God will.