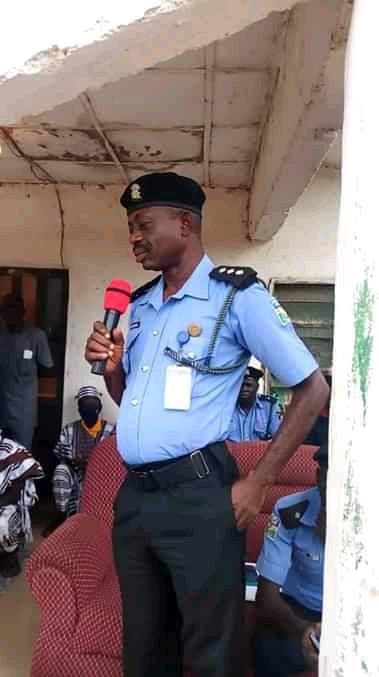 The Divisional Police officer DSP. Christopher Egeonu is an origin of Rivers State, Ikwere by tribe. He is presently a serving Officer in The Nigeria police force. Mr. Christopher is the DPO of Zing Division in Taraba State Command.

The police officer have been in the Police job for over 34years. He always says no job is fine and better like Police. He served in different levels of the force right from Constable, he has risen to the rank of Deputy Supretendant of Police.

He recently addressed youth leaders in his jurisdiction over the incessant Criminal activity in his area, as Christmas is around the corner.

While speaking, the officer said “I must applaud and highly appreciate all of you that speared their time and turned – out to listen to this meritorious message that our stake-holders invited all of us here. May I further appeal and let you know that no gathering is seen to be insignificant or Perilous, something important attract the inviters to draw your attention here.

ALSO SEE:  Lady Narrates How Her Trip Was Canceled Due To Uber Driver Thinks She Was Going For Prostitution 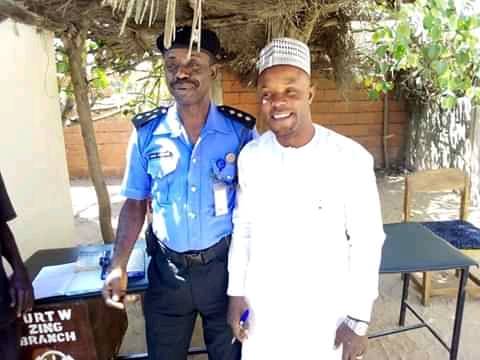 “George Carlin sagely said do not underestimate the gathering of foolish people in a public place. In this regards, we are not foolish neither do we have any negative thought in mind. We are all here for a purpose. I need your co-operation both within and after listening to us here.”

Egeonu further said “Recently, Protest against ENDSARS and Police brutality which was later hijacked by hoodlums/thugs, that many Police and protesters lost their lives. Police can never be your enemies neither will they claimed nor extort something important from you. Although, some of the Police are Cruel and involved in corrupt practices. Today, majority of them have been dismissed and trust me, those involve in any evil activity as a Police Officer there days are numbered. Do not carry laws into your hands trying to attack any security personnel. 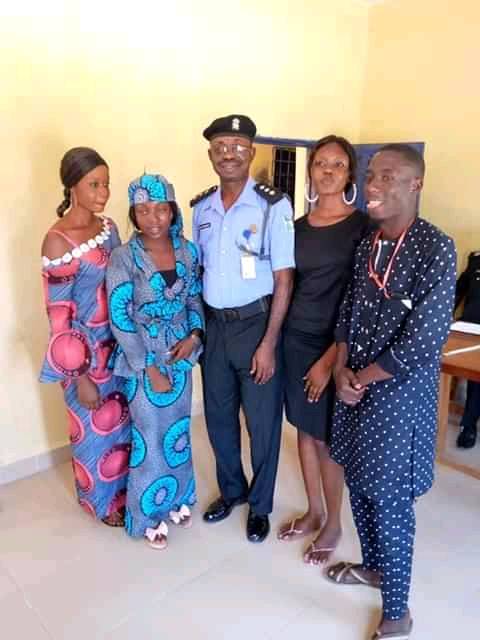 “Both the two popular religion teaches that “No peace to any evil man.” You have a Brother, Sister, Father or love ones who are Police and Vice versa to all Policemen. If we attacked you, someone elsewhere will attacked our own Brothers or Sisters and that is also the same thing goes with the Civilian who are attacking the Police. Sadly, stop violence and avoid killing of your love ones because of misunderstanding.”

ALSO SEE:  After He Refused To Cut His Hair Since He Was Born, See What This Man's Hair Looks Like (Photos)

After meeting with the youths, they were applaud and promised him cooperation in other to restore peace in the area.

What do you have to say in response to what DSP. Christopher Egeonu said? Please let’s interact and drop your comments or suggestions.