Yesterday, the senate president of the Nigeria’s House of Assembly, Doctor Ahmad Ibrahim Lawan met with members of the Academic Staff Union of Universities, over the strike they embarked on since the month of March.

He made it known that the cause of the main dispute between the federal government and the ASUU was the Integrated Personnel and Payroll Information System otherwise called IPPISS, of which he interfered to it yesterday.

He said, Nigeria doesn’t need this kind of situation whereby universities will be shut against students because, students are the victims.

ALSO SEE:  UPDATE! Nigeria, US, Others Tops List Of Travellers Not Permitted To Enter Europe From July 1

He said that members of ASUU have shared with him the alternative program they want to use to replace the IPPISS the federal government is imposing on them and that, he will see to it and make sure that schools reopen so soon. 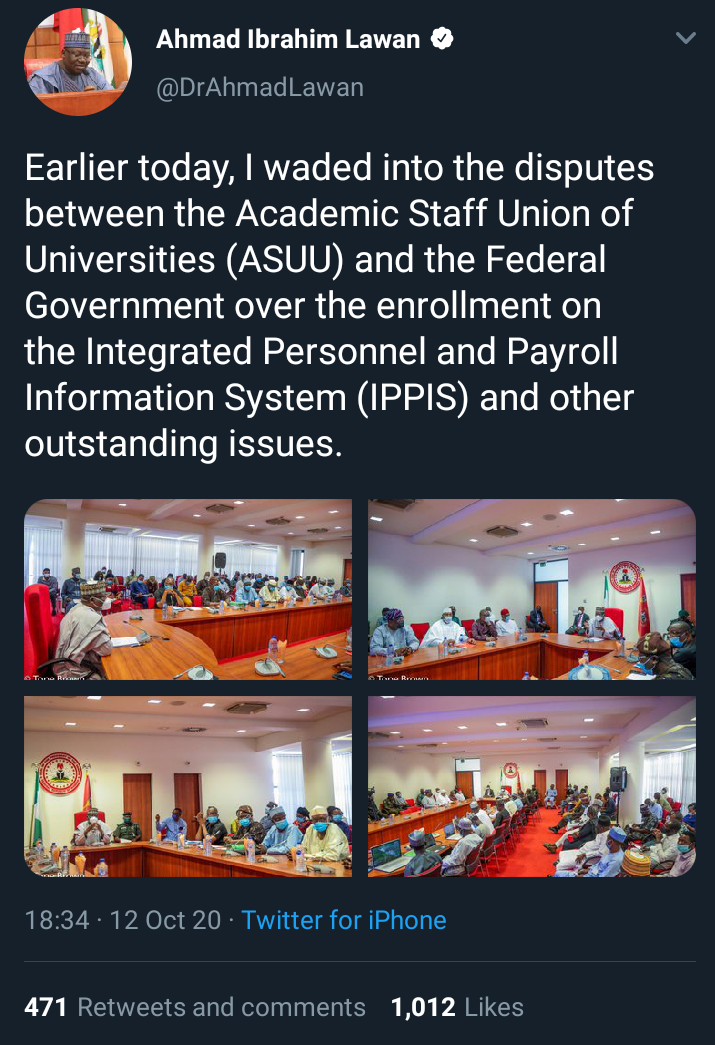 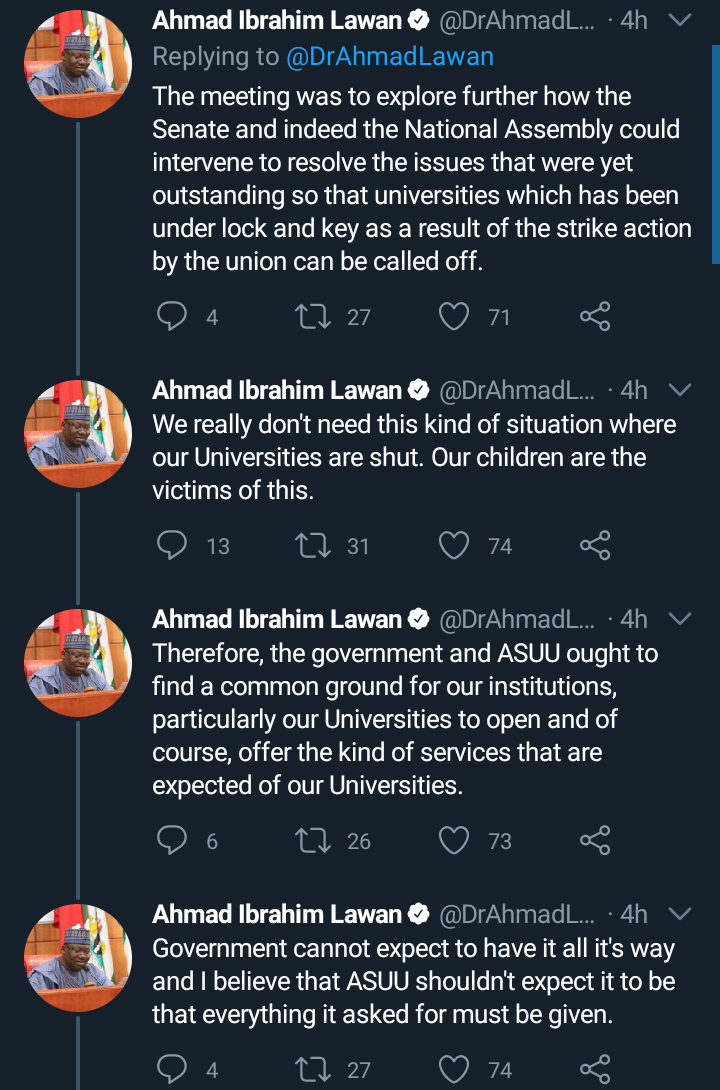 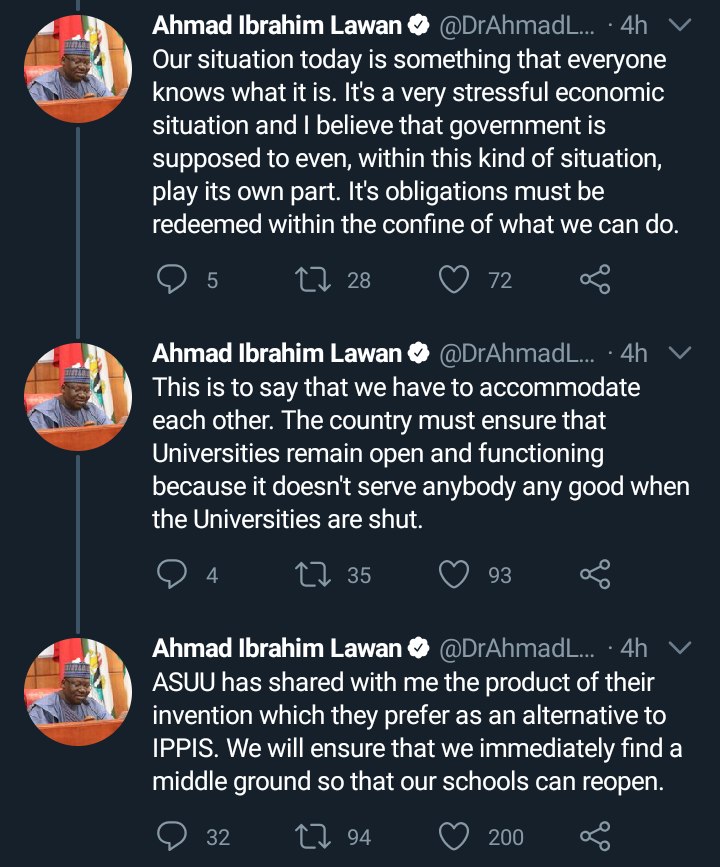