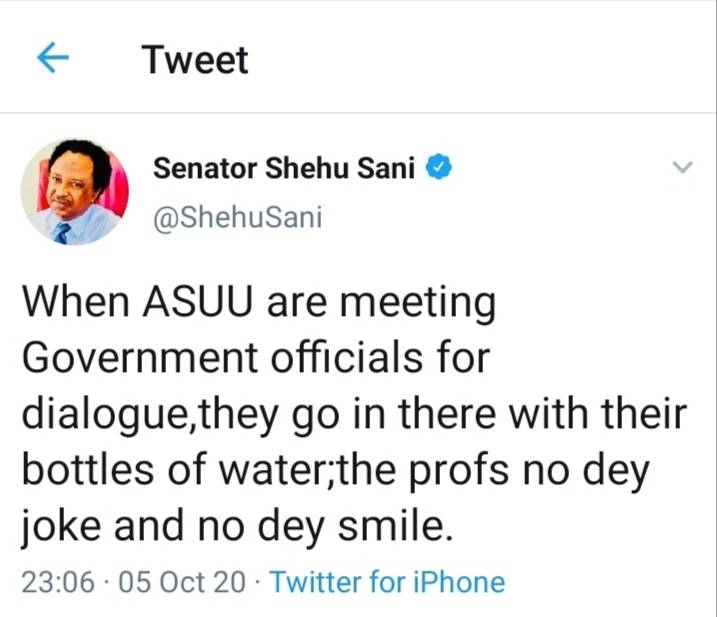 Senator Shehu Sani wrote recently on his verified Twitter account that ‘When ASUU are meeting Government officials for dialogue,they go in there with their bottles of water;the profs no dey joke and no dey smile. This has brought about a lot of comments from people on social media. 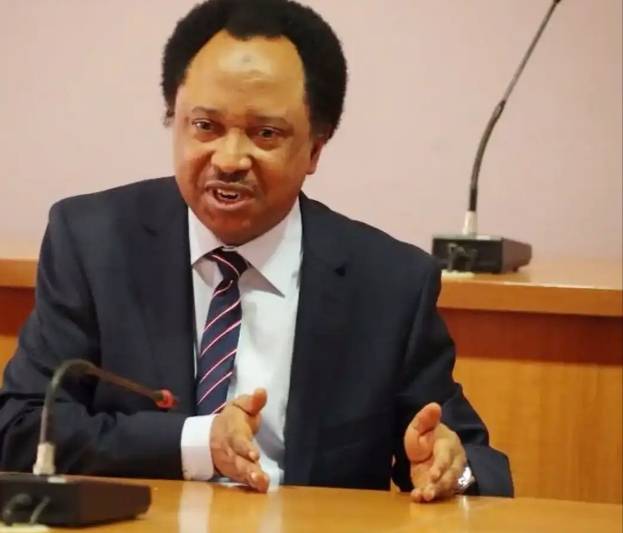 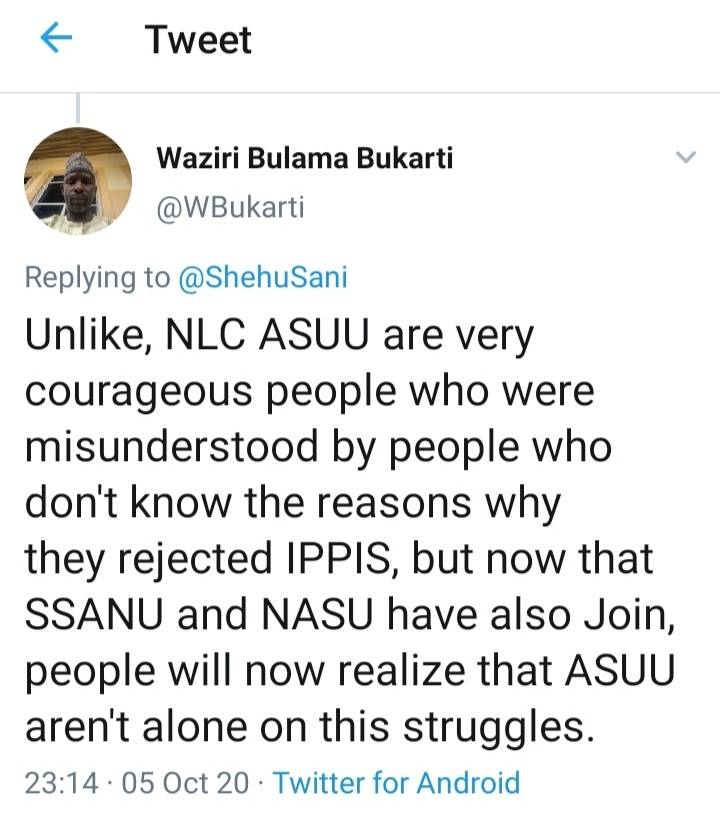 Waziri Bulama Bukarti, on his twitter handle said unlike, NLC ASUU are very courageous people who were misunderstood by people who don’t know the reasons why they rejected IPPIS, but now that SSANU and NASU have also Join, people will now realize that ASUU aren’t alone on this struggles. 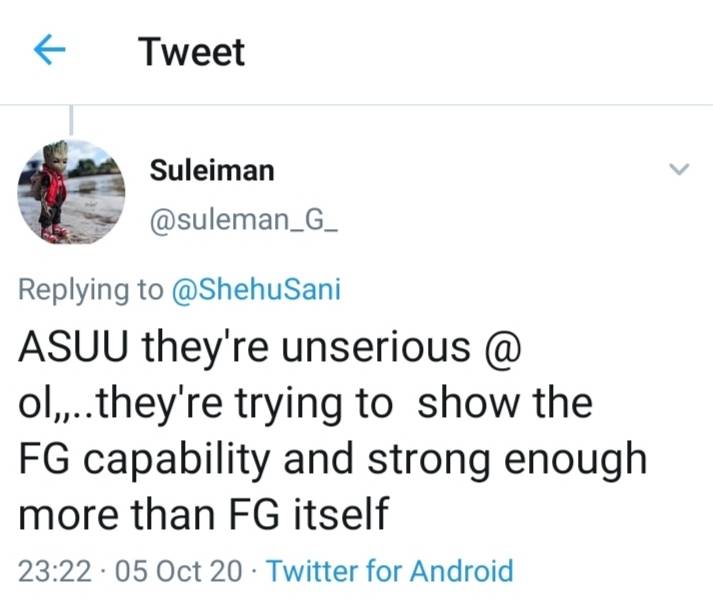 Suleiman, a twitter user said ASUU are unserious, they’re trying to show the FG capability and strong enough more than FG itself.

ALSO SEE:  Nigerian Mother Disgraces Her Daughter After Catching Her In A Hotel Room With A Man (Video) 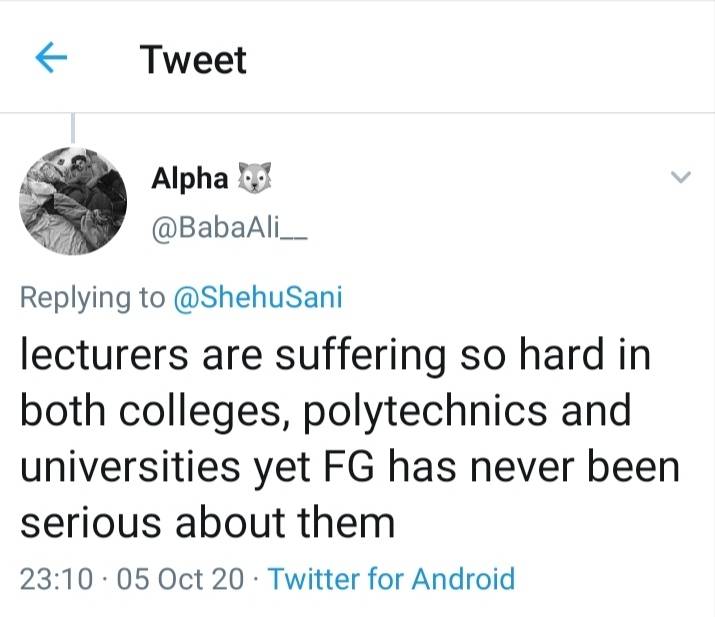 Alpha, another twitter user said lecturers are suffering so hard in both colleges, polytechnics and universities yet FG has never been serious about them. 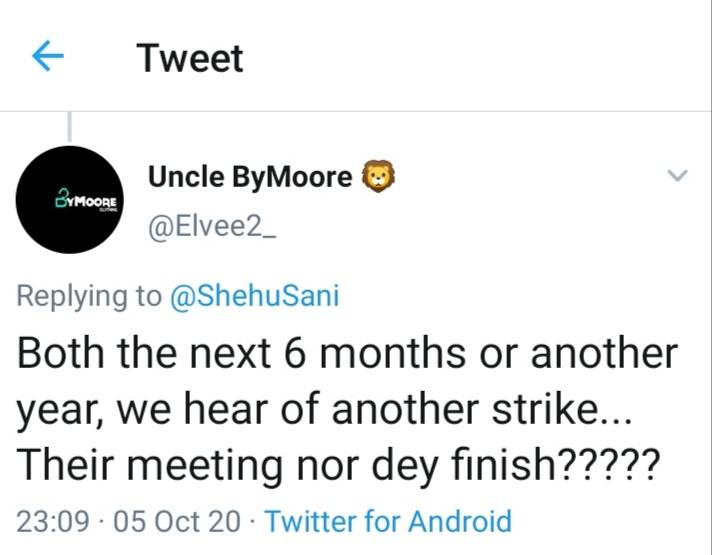 Uncle Bymoore on his twitter handle said both the next 6 months or another year, we hear of another strike. He said their meeting can’t finish?