SHOCKING! See Notorious Thief In Edo State Who Uses Charms To Steal | How He Was Caught Will Shock You! | MadNaija
ENTERTAINMENT| SPORTS| RELATIONSHIP | TECH | TOP-LIST 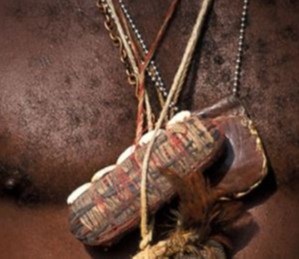 There have been many stories of people using supernatural powers to get what they want.

Many of these people are accused of using these alleged powers to commit crimes by taking what belongs to others to enrich their own pockets.

An unidentified young Nigerian man has been named in the category of people who take what does not belong to them by any means possible. This young man was accused of stealing from residents in Benin, Edo state.

According to reports, the young man was caught on camera speaking into an alleged charm he reportedly planned to use on a victim.

The young man had been tagged as someone who terrorizes Benin residents by stealing from them. He was also accused of using charms to support his criminal activities in other to have easy raids. It was alleged that he uses his charms to make victims for asleep while he steals from them.

However, after he allegedly stole from twenty-five houses with ease, he was finally caught on camera using one of his alleged charms. The security camera revealed his identity and also caught him with a charm. 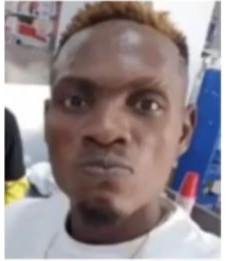 This is not the first of such cases that has happened in Edo state. In April last year, a young lady was caught after allegedly stealing valuables from a birthday party she was invited to in Benin city, Edo state.

According to Marian, after the theft, Aisha left the hotel where the party was held and fled to Warri in Delta state. She was tracked down and the stolen items found in her possession. Read what was shared on Facebook below about the incident: 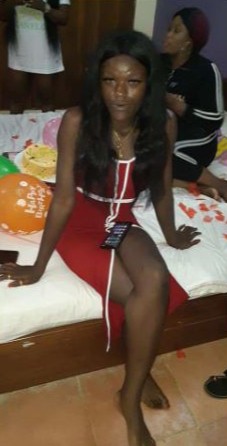 ‘Never knew charm exist until yesterday, she was invited to my sister’s birthday party yesterday she stole me and my younger sister phone Samsung galaxy A8 and Samsung galaxy S6 stole my atm card.

‘My wig ,our wristwatches, and successfully hacked my account, not knowing when she was sent to collect something from my room she collected my room card key, after we slept off not nothing she later used the key to open the door and stole our valuables using charm to put us to deep sleep.

TRAGIC! See How Nigerians Are Reacting To The Killing Of Innocent Newspaper Vendor By Gbajabiamila’s Aide

He continued by saying; ‘Haba Aisha hacked my account with her boyfriend and transfer the money to other account quickly left the hotel by 4am this morning and run to warri with my things,and this morning she did not off my phone because she was receiving alert and also withdrawing it Aisha my money is not complete o u must complete my money cos I worked hard for it ,and pls friends.’

Meanwhile, we will like to hear from you. Feel free to share your thoughts with us in the comments section below.

EXPOSED! How Nigerian Soldiers & Millitia Rape Starving Women In The North | These Stories Will Break Your Heart!

Thousands of women and girls who survived the brutal rule of the Boko Haram armed group were reported to have been further abused by the Nigerian security forces who claim to be rescuing them. The women revealed to Amnesty International how the Nigerian military and Civilian Joint Task Force (Civilian JTF) – a militia who worked alongside them –separated women from their husbands and confined them in remote “satellite camps” where they were been raped, sometimes in exchange for food.

Amnesty International collected evidence that thousands of people have starved to death in the camps in Borno state, north-east Nigeria, since 2015. “It is absolutely shocking that people who had already suffered so much under Boko Haram have been condemned to further horrendous abuse by the Nigerian military,” said Osai Ojigho, Director of Amnesty International Nigeria. 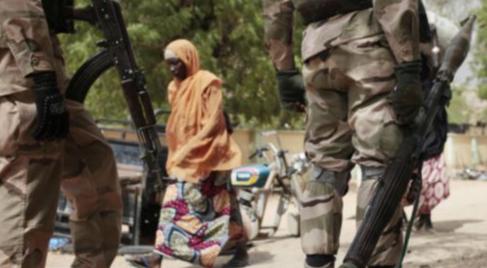 “Instead of receiving protection from the authorities, women and girls have been forced to succumb to rape in order to avoid starvation or hunger.” In some cases, the abuse appears to be part of a pattern of persecution of anyone perceived to have a connection to Boko Haram. Women reported being beaten and called “Boko Haram wives” by the security officials when they complained about their treatment.

As Nigeria’s military recovered territory from the armed group in 2015, it ordered people living in rural villages to the satellite camps, in some cases indiscriminately killing those who remained in their homes. Hundreds of thousands of people have fled or were forced from these areas. The military screened everyone arriving to the satellite camps, and in some locations detained most men and boys aged between 14 and 40 as well as women who travelled unaccompanied by their husbands. The detention of so many men left women to care for their families alone…