"My Sister Please Remove That Young Man's Picture From The Middle Of Your Bible."~ Man Cries Out! | MadNaija
ENTERTAINMENT| SPORTS| RELATIONSHIP | TECH | TOP-LIST 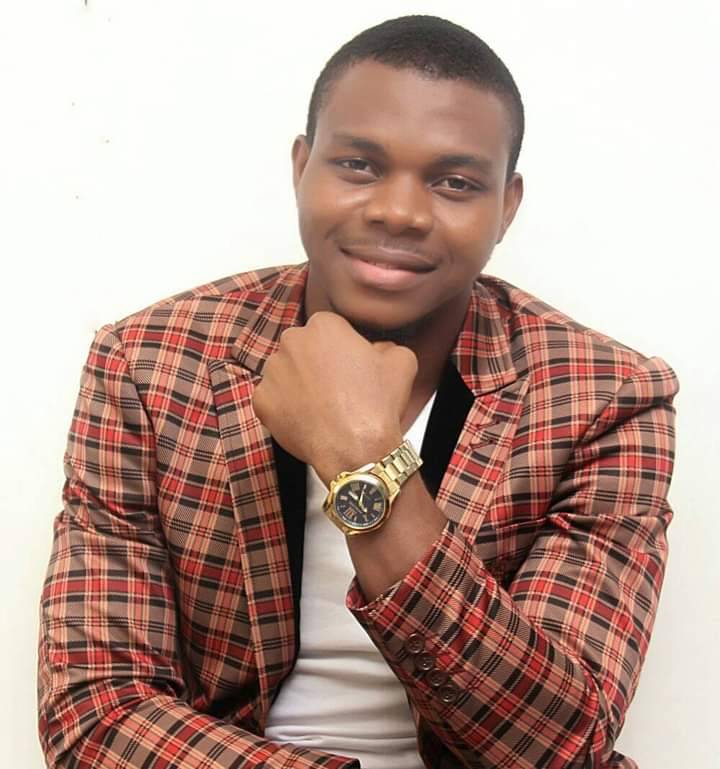 My Sister Please Remove That Young Man’s Picture From The Middle Of Your Bible.”~ Man Cries Out!

Most times I wonder how desperate the human minds are especially when they are up to something. It may sound absurd but it does happen for real when women, most notably would do everything possible to trap a potential husband to themselves. They do all sorts of things to make sure that you don’t escape.

Men too, on their part should be careful on how they deal with some of these desperate ladies everywhere and should stop being promiscuous, not straight being forward and serious with the lady (s) they promised so many things including marriage.

However, the goal of every single lady who is mature enough is to get a hobby that would care, provide for her needs, protect and help her grow in all spheres. But to the extent some of these ladies have gone to and the things they do most times baffles me that I’m tempted to ask what they have achieved in all of this.

Having said that, I came across a post on Facebook on the timeline of a man identified as Preciousky Peter who cried out bitterly about ladies who puts pictures of men in the Bible which they pray over their potential husbands to hasten the process of marriage. Perhaps, this works for most people, that I don’t know about. He added that no matter how hard they pray, these young men will not still marry them if it was not truly meant to be so. Also warning ladies to stop the nonsense of putting men’s pictures in the middle of the Bible.

According to him, he said, “My sister pls remove that young man’s picture from the middle of the Bible. He won’t marry you and stop that nonsense.” 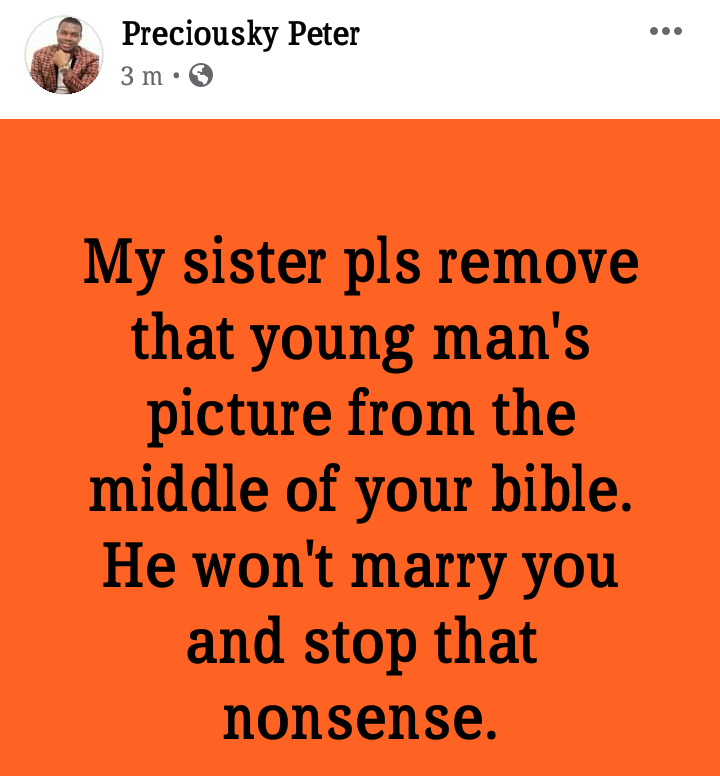 As a matter of fact, some of these ladies are amazing and the things they do just for their selfish desires are ridiculous considering the fact that some of these men they do all sorts of things to attract may not really have their time.

In my opinion, it’s not until you put a man’s picture in the middle of your Bible and pray that he will come to ask for your hand in marriage. Stay true to yourself and be confident in yourself and the right man would definitely locate you when it’s time. “Stop the nonsense”.