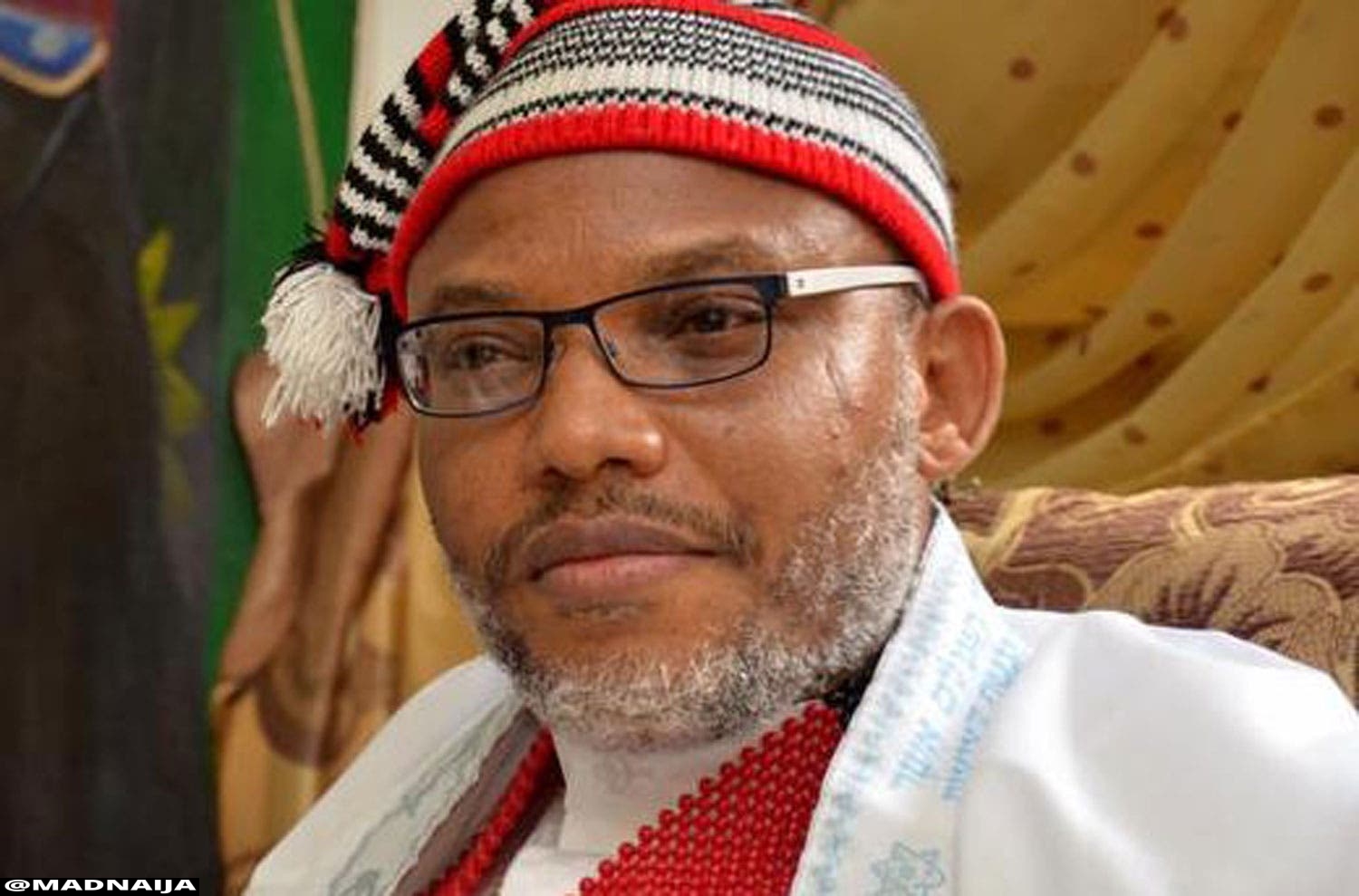 IPOB’s submission  entitled, “Nigeria: A history of serial genocide and the urgent need for US Intervention”,  presented by IPOB leader, Mazi Nnamdi Kanu on behalf of the group, drew the attention of the US to an alleged “violent Islamization that is taking place in Nigeria against Christians and Jews, especially of Biafran extraction”, by the Buhari government.

The group had warned that the islamization is capable of causing another genocide in Nigeria as it did over 50 years ago ahead of the Biafra war.

“As shall be demonstrated, this Islamization is by both state and by non-state actors that enjoyed the patronage and tacit support of the state. It is such that may lead to another genocide that will offend the conscience of nations, including particularly the United States, which possesses the singular capacity to intervene with lasting solutions”, IPOB warned.

The group also told the US Department that Nigeria is an oil-rich country and a regional power in West Africa and a multi-ethnic and multi-lingual country with a population of about 180 million people; with three major ethnic groups: the Igbo, the Yoruba, and the Hausa-Fulani; and 250 other smaller ethnic groups.

“The Hausa-Fulani are predominantly Muslims, and live in the Northern (Sahelian) part of Nigeria; the Yoruba who live in the Southwest are split almost evenly between Muslims and Christians. Yoruba Muslims profess a moderate form of Islam, as opposed to the more fundamentalist Sunni practice observed in Northern Nigeria, and from which the Boko Haram and Fulani herdsmen Islamic terrorists emanated. There is a small Shia minority amongst the majority Sunni Muslims that are ruling Nigeria.

“The Biafrans (the centerpiece of this submission) inhabit the southeastern part of Nigeria with a population of over 70 million. About 50 million of them, the Igbos, speak the Igbo language and are predominantly Christians, but with a rapidly growing Jewish minority. Their land is blessed with human and mineral resources including hydrocarbons.

ALSO SEE:  BREAKING: African President Who Has Been Ruling Since 2005 Dies Of Heart Attack

“Biafrans are very commercially-inclined, industrious and are given to scholarly and professional pursuits. They had an established democratic institution even before colonization by the British. They are very republican and egalitarian in nature, and coexisted peacefully with their neighbours prior to colonization and their amalgamation with the rest of Nigeria in 1914”, IPOB explained.

Noting the injustice, the Igbo race (Biafra) has been going through allegedly in the hands of Hausa Fulani, IPOB  recalled what  they went through during the 30 months civil war when “a total of 3.1 million Igbo people were murdered between 29th May, 1966 and 12th January, 1970”.

IPOB added that “had Biafran not unilaterally declared its independence in order to protect itself, the massacre would have been incalculable. Most Biafrans, especially the Igbos were slaughtered in their homes, offices, businesses, schools, colleges, hospitals, markets, churches, shrines, farmlands, factories/industrial enterprises, children’s playground, town halls, refugee centres, cars, lorries and at bus stations, railway stations, and airports.

“In the end, the genocide was enforced by Nigeria’s simultaneously pursued land, aerial and naval blockade and bombardment of Biafraland, Africa’s highest population density region outside the Niger Delta. In other words, even in their own heartland where they had taken refuge, they were pursued and eventually subdued.

“The excuse then, as it were, was that Nigeria was prosecuting a war of ‘reunification’. On the contrary, there is quantum evidence that the war was provoked in order to accomplish the genocide that had begun against Biafrans – generally and Igbos- particularly. The difference this time was to take it to their homeland where they had fled and taken refuge under the defunct Republic of Biafra”, the group submitted.

ALSO SEE:  JUST IN: Health Minister Kwaku Agyemang Manu Has Finally Been Discharged From The Hospital

On the struggle for actualization of Biafra, IPOB said: “We are aware of the propaganda emanating from the Nigerian government and Northern Nigerian Islamic fundamentalists aligned with the government that the neo-Biafran struggle for self-determination is an ethnic backlash against President Muhamadu Buhari just because he is an Hausa-Fulani Muslim.

“We state unequivocally that this is false and petty. The truth is that the post-war struggle peaked in mid-2015 when Mr. Buhari systematically embarked on his Jihadist policies, coupled with his open toleration of Fulani herdsmen terrorists that had simultaneously commenced an intense ethnic cleansing of Christians, including Biafrans.

“This was also immediately, following a well-publicized comment by Mr. Buhari (during his campaign for the presidency) that ‘an attack against Boko Haram is an attack against northern Nigerian muslims’. Little wonder then that Boko Haram terrorism has peaked to new  heights since Buhari’s Presidency.

“In the face of Mr. Buhari’s anti-Christian posturing and his complicit  inaction to reign-in on herdsmen and Boko Haram terrorists, Biafrans responded by organizing themselves under a group named the Indigenous People of Biafra (IPOB), led by Mazi Nnamdi Kanu, a devout Jewish adherent of dual Nigerian and British citizenship.”