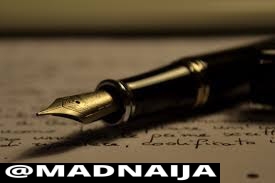 In his recent article titled “As Anambra North Terminates Governorship Ambitions Of Obaze, Obidigbo And Others” published on various platforms and widely circulated on social media, Ekene Nwanya took the freedom of speech offered by democracy to offer his views on the unfolding political developments in Anambra State.

After a rather fluffy survey, Nwanya, in his conclusion, stated that “the best decision for Obaze, Obidigbo, Nwoye, Okeke and a host of others is to sheath their swords, swallow their vividly selfish ambitions and support their brother…” Support their brother? Well, Nwanya and his co-travelers could have successfully convinced the aspirants, and indeed the electorate, had they taken sufficient pain to give well-articulated reasons to elicit such support. They did not. They simply expected them to support someone because of the mere reason that he is “their brother”.

In their ideal world, that would have worked. But they, in their wisdom, refused to observe that ndi Anambra have since moved on from herd mentality. People now know better than to sheepishly follow someone because he is their brother, sister, party man or goes to the same place of worship as they do. But it will be wrong to assume that Nwanya and the people he loudly blows their trumpet are mistaken in their appeal to base sentiments. It was a deliberate attempt to steer attention away from robust political debates where apples are compared with apples. But the question every analytical mind should ask is “who gains when intelligent policy interactions and interjections are substituted with shallow he is my brother talk?”

Nwanya’s conclusion and that of the body he claimed terminated the ambitions of other aspirants were not arrived at after a careful consideration of the focus, integrity, credibility, temperance, body of beliefs, policy direction and pedigree of the other aspirants. Their stated reason for “terminating” the ambitions of other aspirants is that they come from the wrong part of Anambra State and “in order for a (sic) viable negotiations to take place between the zone and other zones”. What this kind of thinking fails to acknowledge is that good governance is not a function of one’s senatorial zone. It, again fails to realize that ndi Anambra will all bear the brunt of bad governance, regardless of their zones, local government areas, towns and villages.
Ndi Anambra should be concerned about whose interest, the “men of timbre and caliber”, “a renowned political juggernaut from Onitsha”, an “honourable member” and “the general house” drawn from “…local government areas within Anambra North zone” made the resolution they so desperately wish to ram down their throats. If they had the best interest of ndi Anambra at heart, as they claim, they would have encouraged more aspirants to robustly engage each other in enlightened political discourse, after which ndi Anambra will make a well informed choice. Or is the haste by a handful of people to decide for ndi Anambra a direct implication that ndi Anambra are grossly incapable of making sound political decisions themselves?

ALSO SEE:  REVEALED: Gunshots Were Fired At Aso Rock During Confrontation Between Aisha Buhari & Buhari’s Special Assistant Which Got In Aisha’s ADC Arrested

While the author and his cohorts were enjoying the freedoms guaranteed by the constitution to freely endorse their preferred candidate, they failed to consider the constitutionally guaranteed rights of other citizens. To have gleefully declared that “the people have spoken and nothing can be done about it” one would have expected them to cite the particular part of the constitution or other extant laws of the land where they hinged their decision to proscribe “death penalty on some personal ambitions” but they did not cite any. The reason is simple, there is no such law.
The 1999 constitution, as amended, clearly states the qualification of a governorship aspirant. It boldly declares in section 177 that; “a person shall be qualified for election to the office of Governor of a State if – (a) he is a citizen of Nigeria by birth; (b) he has attained the age of thirty-five years; (c) he is a member of a political party and is sponsored by that political party; and (d) he has been educated up to at least School Certificate level or its equivalent.” The “men of timbre and caliber” who arrived at their decision “after series of consultations” should have first consulted the constitution which is the highest law in the land.

ALSO SEE:  Shock As More Than 70 South African Women Share Their Rape Stories On Twitter As They Appeal To The Presidency For Help

While the author, acknowledged in his closing paragraph that “the decision is theirs but the power remains with the people”, he laboured, albeit unsuccessfully, to take away the power from the original owners by covertly forcing them to accept the decision of his paymasters. But ndi Anambra are wise, they want to make their decisions after carefully weighing available options. That is why the puffed up “men of timbre and caliber” must humble themselves to offer evidence based analysis – a veritable tool that would help ndi Anambra make well informed decisions on a matter like this that has direct, and sometimes, dire consequences on them.

More so, the little known author whose only identification is that he “writes from Nnewi” did not offer the reader explanations on why the ambitions of other aspirants he spent four paragraphs of the poorly constructed article to disparage are “vividly selfish” and that of his principal, selfless. Perhaps he assumed that his readers are, in the words of a merchant, as referenced in Chimamanda Adichie’s 2009 TED Presentation, “people who have no heads…having their mouth and eyes in their breasts.”