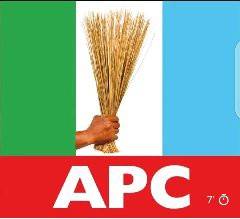 News heard it that following the defection of Governor Umahi to APC, some All Progressive leaders which include the ex-governor of Imo State, Rochas Okorocha have been given mandate to woo more governors from Southeast.

I gathered from a reliable source that, Governor Mai Mala Buni of Yobe state has directed APC members from the southeast to reach out to more governors and National Assembly members in southeast.

From this credible source I noted that, Rochas Okorocha and Hope Uzodinma,have been given the mandate to woo more governors from the region. According to the source Governor Okezie Ikpeazu of Abia state, Willy Obiano and Ifeanyi Ugwuanyi of Anambra and Enugu respectively are the main target.

The source reads, “For now, we are reaching out to the Anambra Ssate Governor, Willie Obiano, and the Abia State Governor, Okezie Ikpeazu, as well as their Enugu State counterpart, Ifeanyi Ugwuanyi”.

Meanwhile it is known that Hope Uzodinma and Okorocha are the only two members that I given the mandate to make sure more governors joined the All Progressive Congress APC from the Southeast.

Do you really think this can work, as all Southeast is mostly dominated by the Peoples Democratic Party? Well if you think it will work kindly state few claims to back up what you said. Thanks for reading.