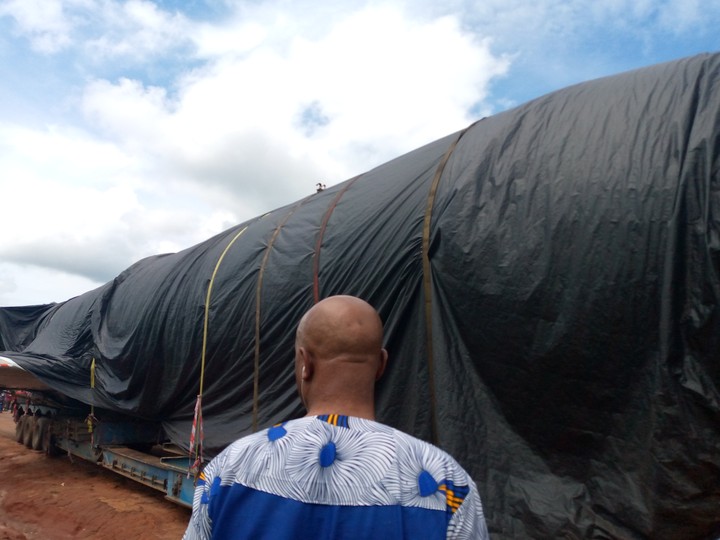 A trailer transporting an airplane causes heavy traffic gridlock in Edo. The plane which has its wings cut off is said to be coming from Lagos on its way to Abuja. Officials of the FRSC and NPF were on ground trying to direct the traffic.

ALSO SEE:  Nigerian actress, Uche Elendu is living the best part of her life after showing off her new Lexus SUV car.

Since it is looks like a scrap plane, why not fully dismantle it before transporting it? Why put Nigerians through the pains of being stuck in traffic on a highway for hours just because of a scrap plane. It would have been easily carried if properly dismantled. 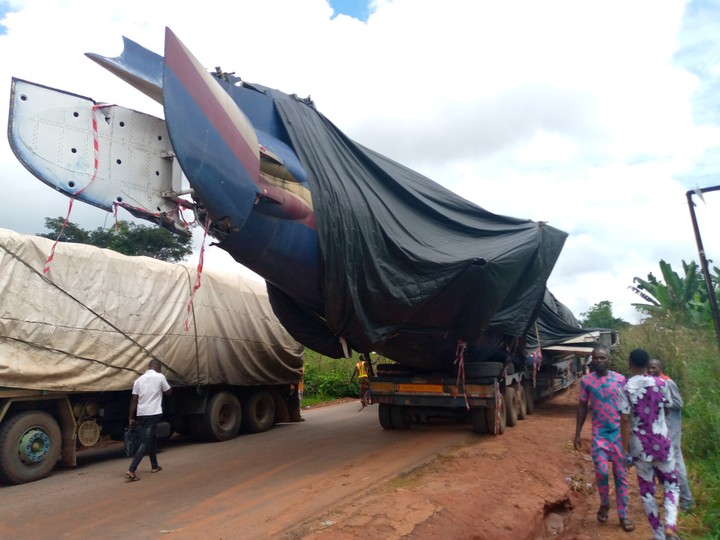 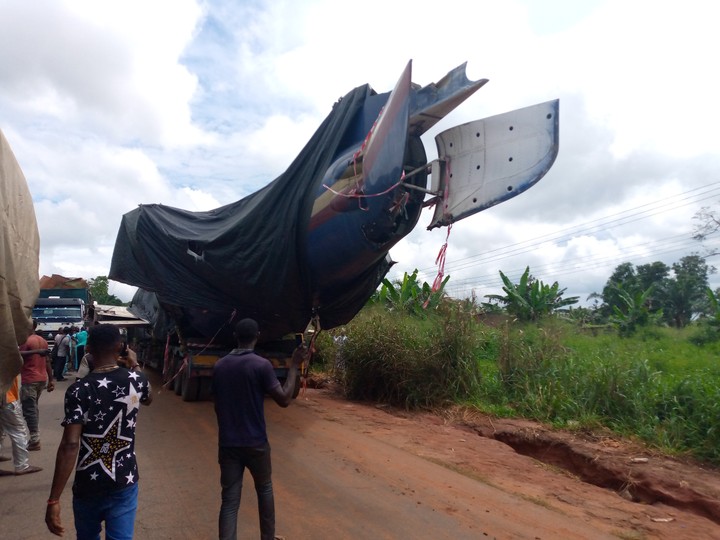 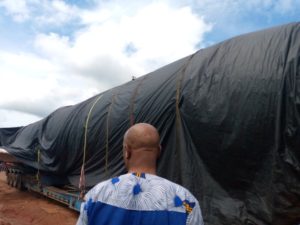 ALSO SEE:  Get To Know Some Facts About The Late Abiola Ajimobi

Though, it became a tourist center for the people in the community, as many people were seen viewing the plane amazingly and others were busy snapping the trailer carrying the airplane. Some people were there in the name of controlling the traffic.