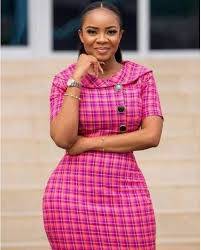 You slept with your boyfriend. Both of you had a wonderful time but now he does not take your calls and seems unavailable to meet you. You realize he has lost interest in you.

You would probably be wondering what you have done wrong to deserve such kind of treatment and attitude.

Having imagining a brighter future of your relationship after the hot night you had and oops, he starts avoiding you.

Here a few reasons as to why guys lose interest in you after sleeping with you:

1. He was never serious

There’s a probability that he never really loved you,he played the game and decieved you to get your body.

He staged everything to achieve what he wanted.And now that he’s gotten what he wants he moves over to the next lady on his list.

Sometimes, even when people are in a relationship they are not sure whether they are serious about their partner.

ALSO SEE:  "It Our Votes and we've Sold it", See the beautiful girls who happily sold their votes today.

He probably wasn’t sure of his feelings and it all happened so fast that he couldn’t know what to do. And now he needs time to assess his real feelings.

3. He had found someone else

Our emotions aren’t always in our control and can make us move in different directions.

He probably had found another cute girl, but don’t be sad just move on. It’s the nature of guys. At least, there was a girl before you so why shouldn’t there be after you?

4. Something Has Come Up

There are times where life throws unpleasant melons at us.

Some things might have probably come up that is taking his time and mind and personal affairs are the least at that moment.

5. He thinks it was a mistake

He’s probably feeling guilty and the best way to clear his mind is to stay away from you.

6. You do not interest him anymore

He’s was probably fascinated by you at first and that’s why he got into a relationship with you.

Just imagine he dated you cos of your figure 8 and then he saw someone with her better figure 8 and well shaped assets. What do you think he’s gonna do?

So it’s time you also move on.

Since he told you he’s moved on, there’s absolutely no point in waiting for him. Go out,make friends, have fun and be happy.

A lot of times girls blame themselves and think there must be some fault within themselves that compelled the guy to loose interest in them.

Have you been a victim of one or two reasons above as a lady or as a guy what was the reason(s) you left your Ex.