Is Trump Afraid Of Being Defeated? See What Is Happening At White House Currently | MadNaija
ENTERTAINMENT| SPORTS| RELATIONSHIP | TECH | TOP-LIST 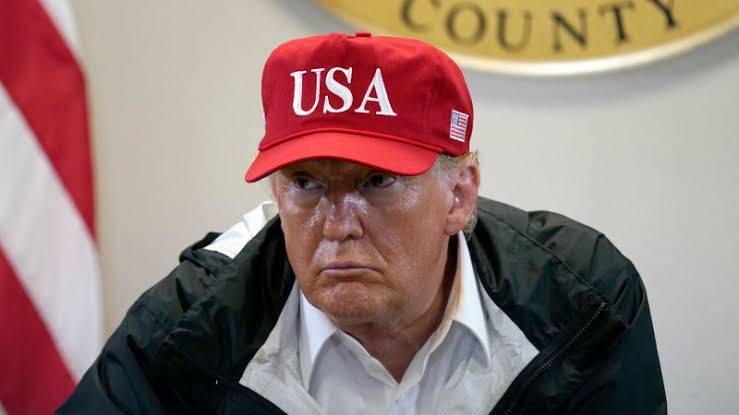 Is Trump Afraid Of Being Defeated? See What Is Happening At White House Currently

Americans have been reacting to the reports confirmed by CNN, The New York Times and Fox News, it was stated that Donald Trump has given out the order for Federal Agents to build up non scalable/ no climb fence around the White House. According to the reports, agents have started to build the unclimbable wall around the White House. Its still not sure why Donald Trump is doing this which raise the questions that says Is He Afraid Of Being Defeated By Joe Biden?.

Fox News reported that it was the same temporary fence that was built up during the George Floyd unrest that the is being built up again. Sources predicted that they might be unrest after the election results are announced. The New York Times also wrote that the material used to build the fence is very difficult to cut through, and its nearly impossible to get a foothold on it if a person attempts to enter the White House.

It didn’t end there, 250 National Guardsmen has been deployed to the White House because of a potential election unrest, especially if the results are not announced today. 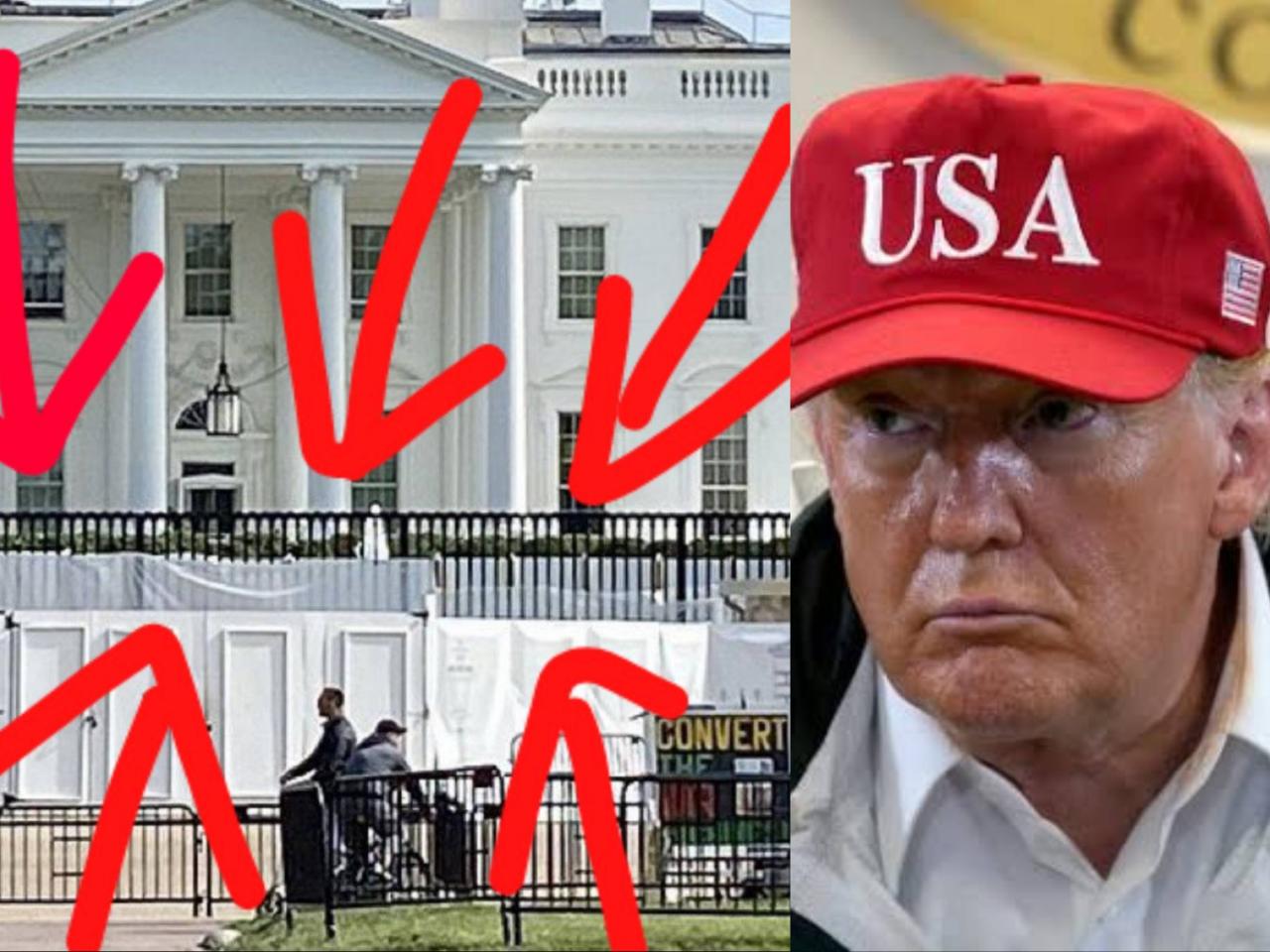 This actions especially the non scalable fence around the White House isn’t going down well with Americans as they took to their twitter accounts to slam him, check out reactions below 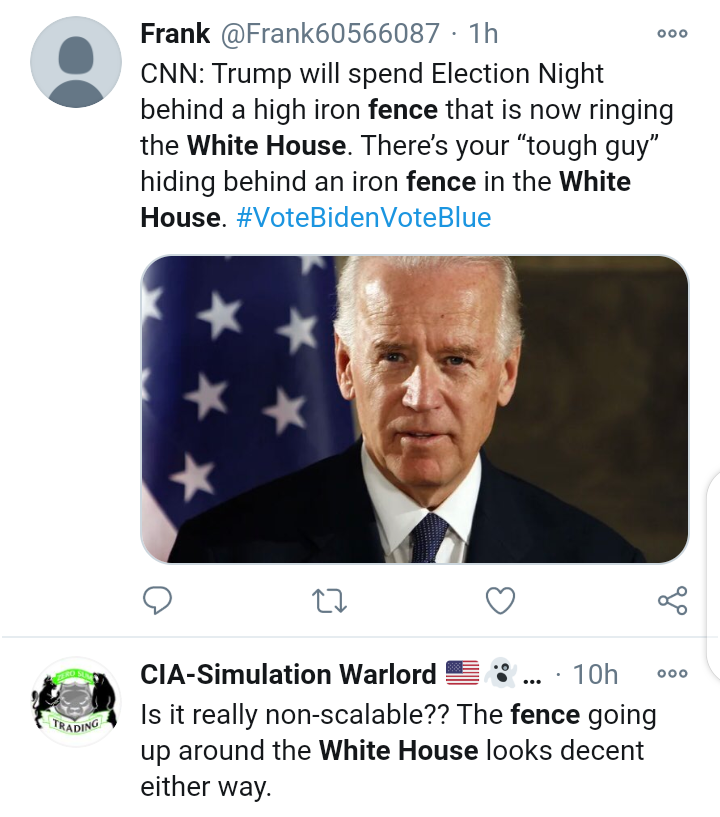 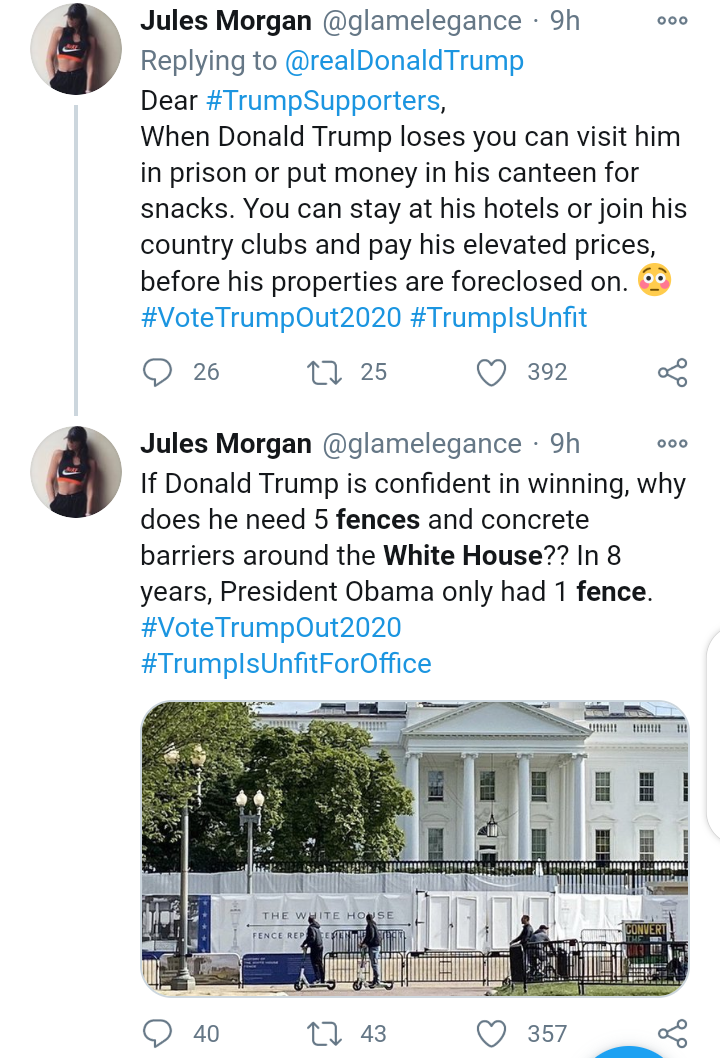 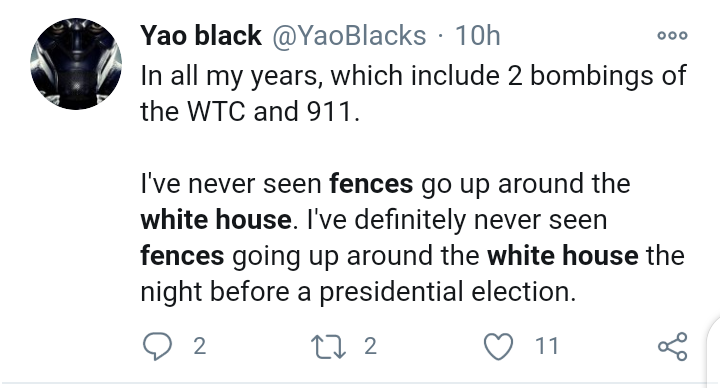 “If trump thinks a non scalable fence would protect him from being dragged out of the white house if he loses, he better think again”

Americans think that Trump is afraid of being defeated, that’s why he is putting up the fence around the white house, What do you think?