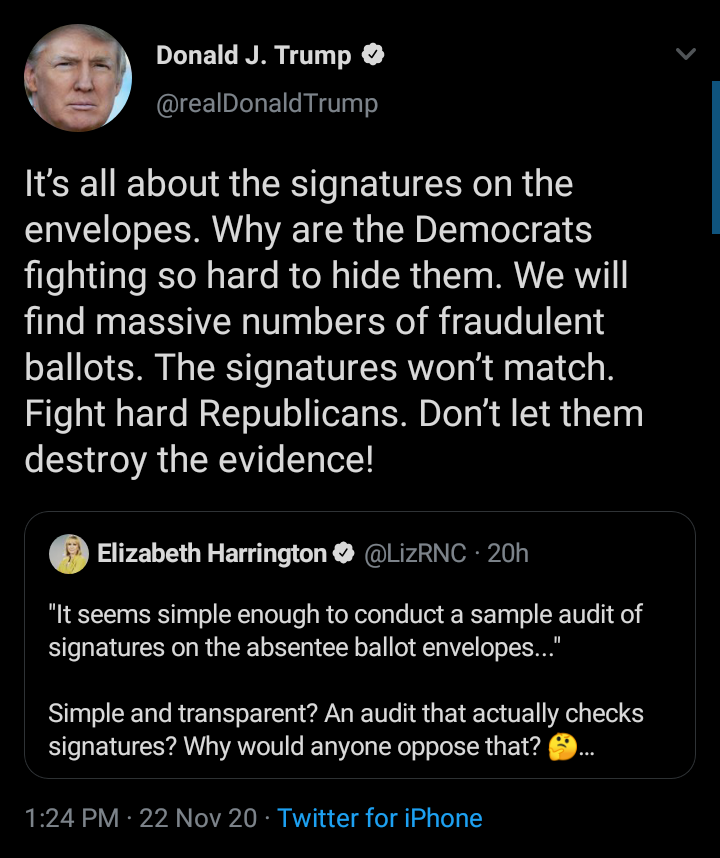 President Donald Trump has tweeted again of Election fraud claims, He says this time that Joe Biden Democrats are fighting so hard to hide The signatures on the envelopes in which they (Republicans) will find massive Ballot fraud, because the signatures won’t match. He then urged all Republicans to fight hard and not let them Destroy the evidence.

Trump: “It’s all about the signatures on the envelopes. Why are the Democrats fighting so hard to hide them. We will find massive numbers of fraudulent ballots. The signatures won’t match. Fight hard Republicans. Don’t let them destroy the evidence!” 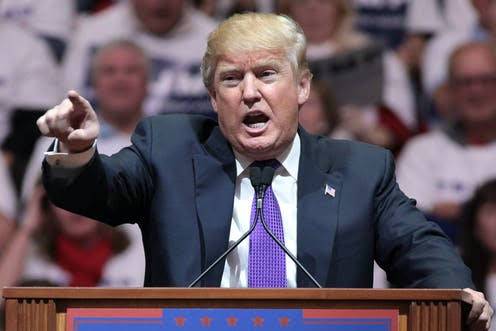 Meanwhile, after recount in Georgia certified Biden’s win in that state with a narrow victory margin over President Trump, the Trump campaign has filed another recount request in the state, and recently in Wisconsin too.

ALSO SEE:  Goodnews To Nigerian Youths Who Registered With Their "BVN" For The "FG" 75 Billion Loan. 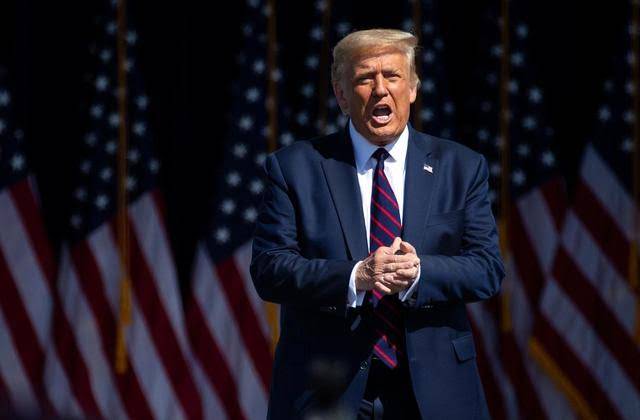 Stay Tuned For more Reports. Happy Sunday and a Wonderful Day To You!