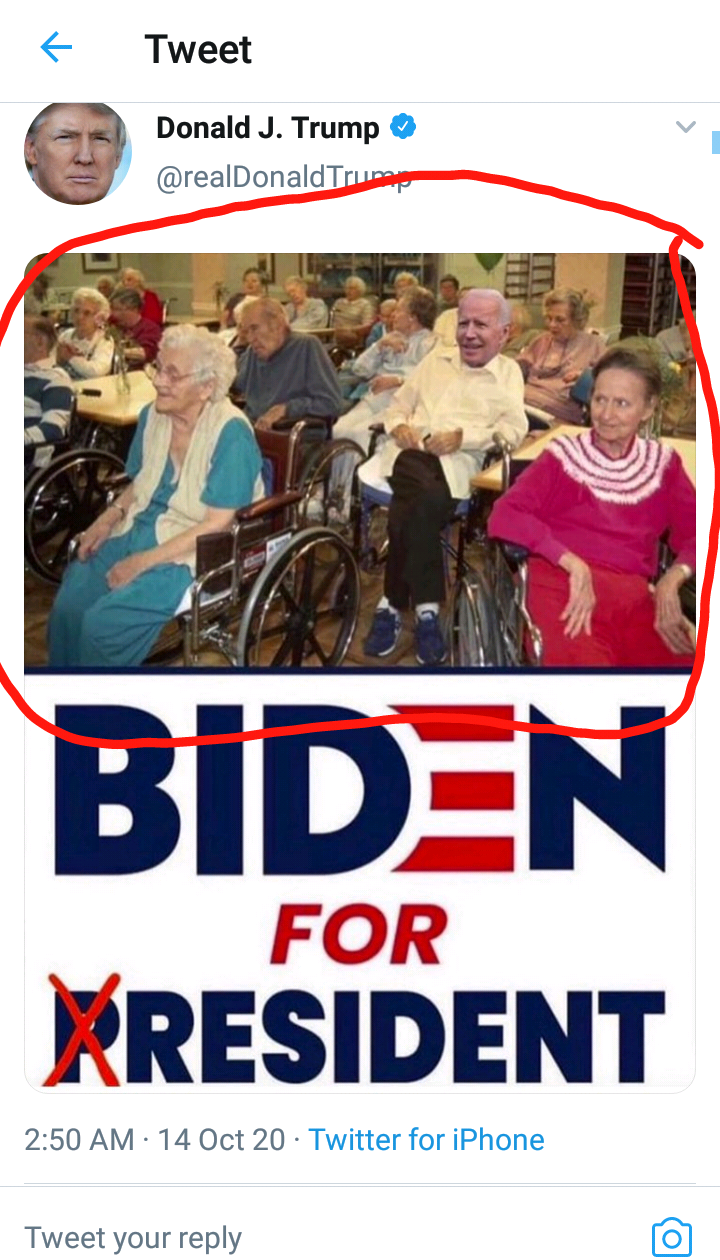 According to the photo post made by Donald Trump he editted Joe Biden into a crowd of old people sitted in a wheelchairs.

Here is what Donald Trump Posted that may affect him

The post which is seen as a threat to his reelection bid according to what people are commenting under the post.

The post seems that Donald Trump is mocking Joe Biden of his age and sarcastically telling him that old people will not give him vote or is too old to become United State of America president.

According to what one of the commenters said that the good news is Donald Trump just don’t get it and now he has lost senior votes. The commenter also said the people will choose Biden now because unlike him, he (Joe Biden) would never use them to disparage him. Biden respects others whether they vote for him or not. Unlike him, Biden will be president to ALL Americans.