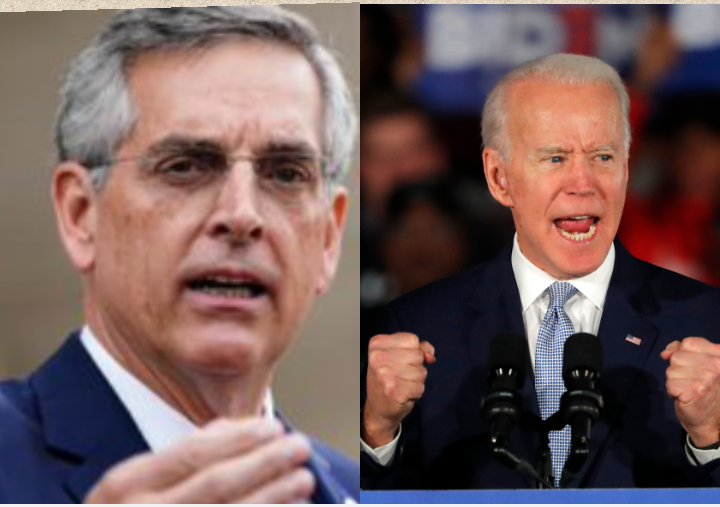 Georgia has been one of the embattled states in which the incumbent president Trump had ordered for a recount of votes where president elect Joe Biden defeated him massively and after his allegations that there was fraud in the recently concluded November 3 election in the US, victory has returned to the democrats as Biden has been declared winner in Georgia.

This came as Georgia Secretary of State Brad Raffensperger on Friday certified President elect Joe Biden’s victory in the state, after which the statewide recount confirmed that Biden got more votes than Trump and there was no statewide voter fraud. 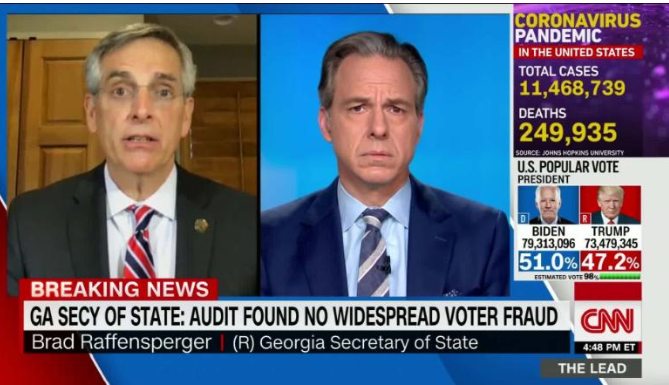 As a matter of fact, certifying the a big blow to Trump in his attempt to cling to power. It seems that his campaign team is trying to Biden’s victory through the Electoral College.

According to a report from CNN, Georgia Gov. Brian Kemp, has until Saturday to sign the officially grants Georgia’s 16 electors to Biden, according to state law.

In that same report, it was clear that Kemp release a statement before the audit urging Raffensberger to “take a serious look at any and all voting irregularity allegations that have been made.” It may interest you to know that Trump had earlier laid several lawsuit and allegations of fraud in the election in which most were upturned as baseless without any tangible evidence. 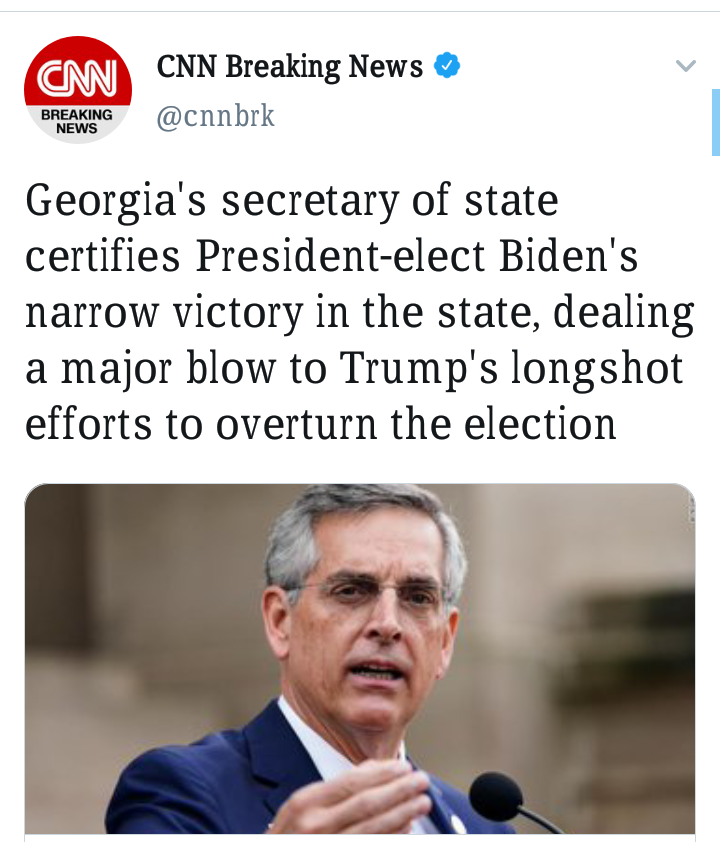 Now that Georgia has confirmed Biden’s victory over the longshots of Trump’s allegations, I believe that his supporters would now talk to him about accepting defeat and move on and let the president elect do what’s necessary for the growth and development of America.

See people’s reactions after this announcement was made hours ago on CNN official twitter handle; 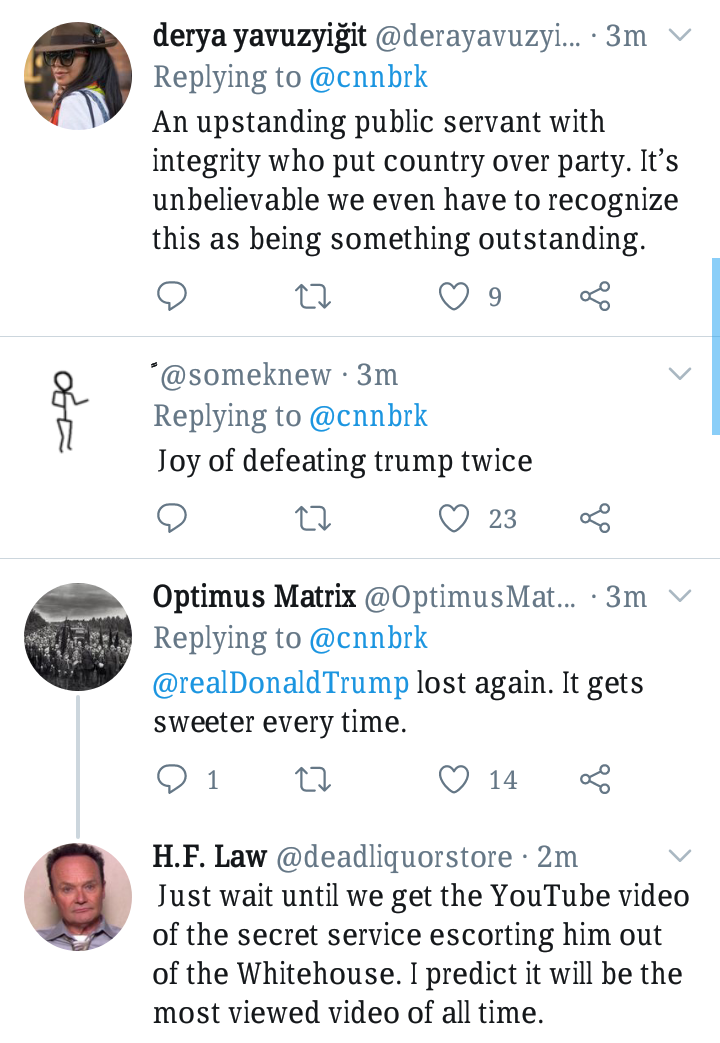 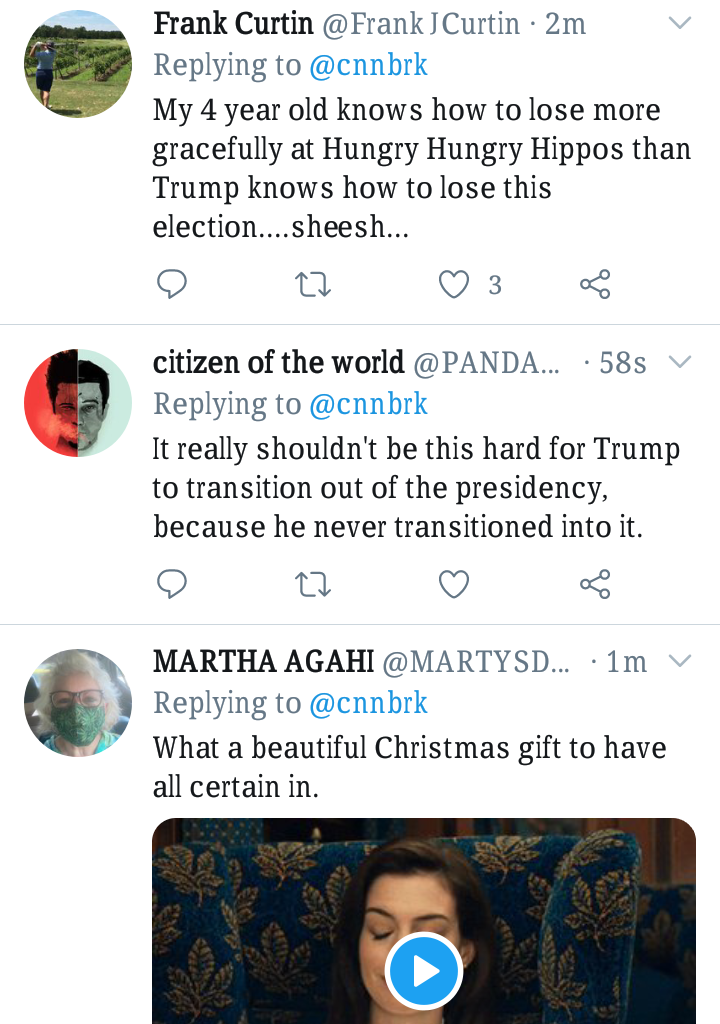 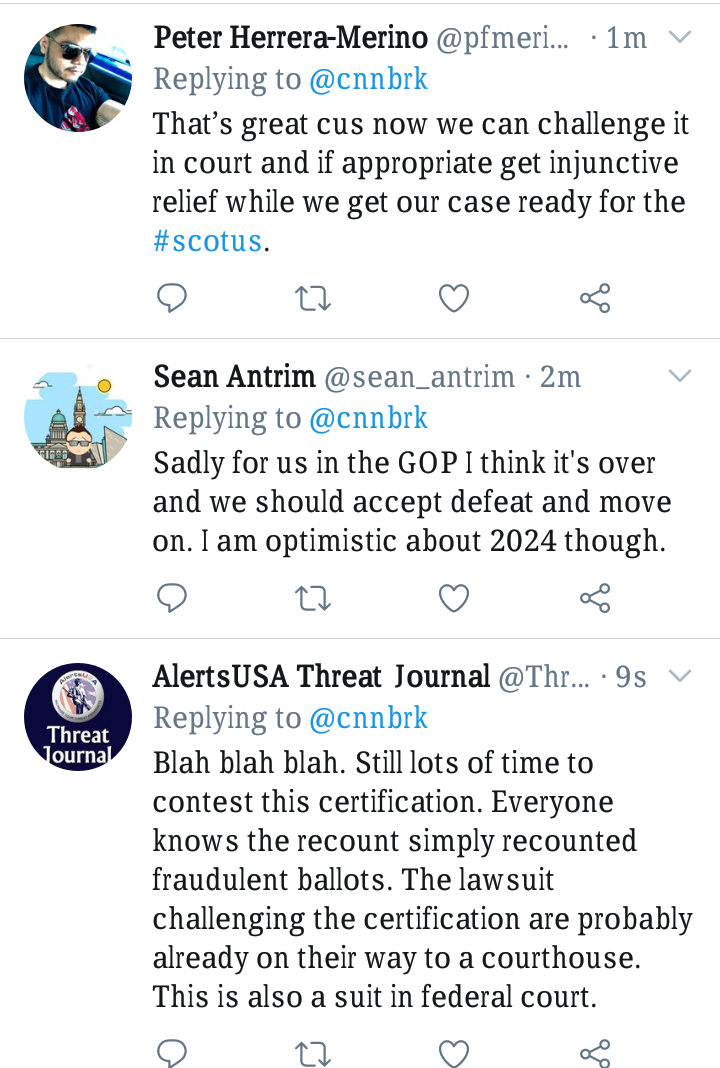 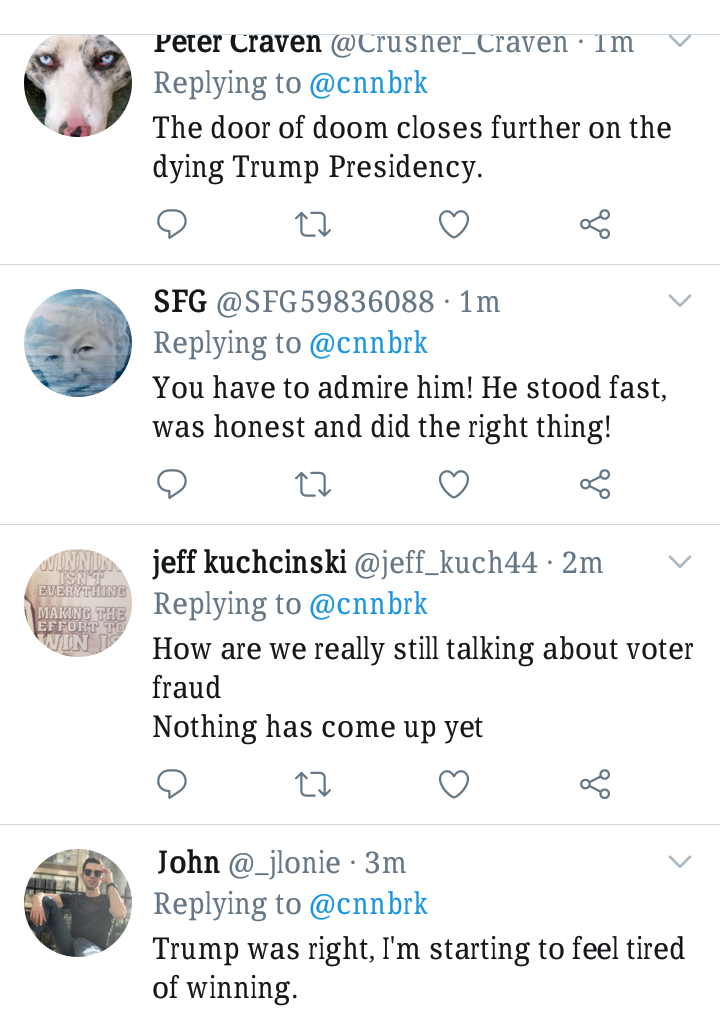 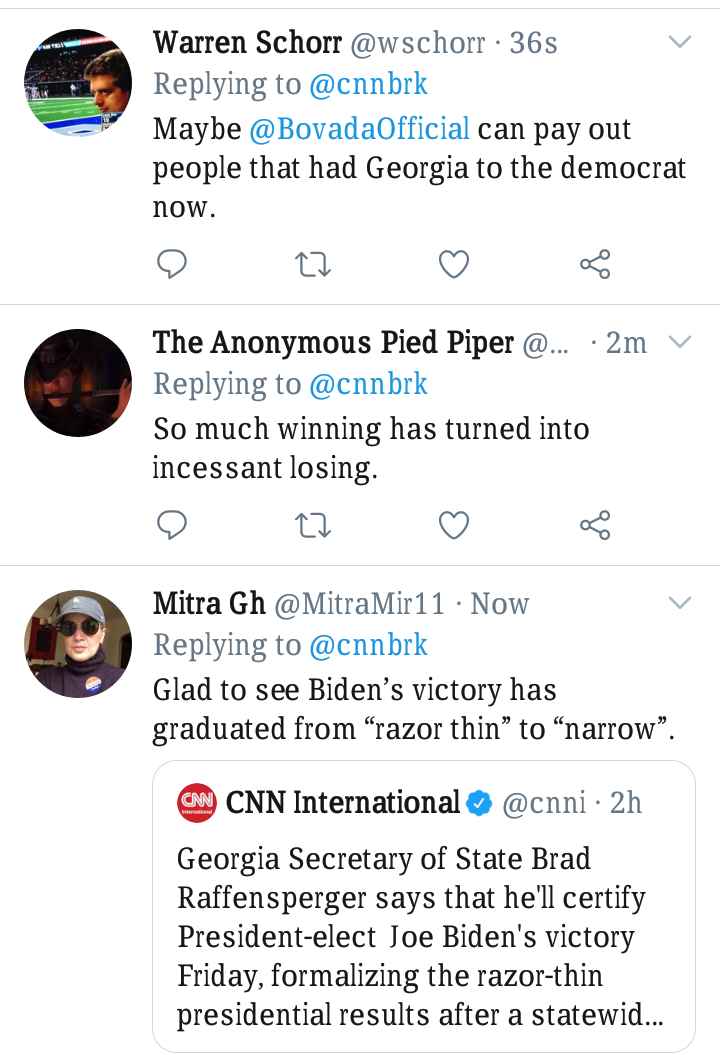 What’s your take on this? Let’s hear from you soon and don’t forget to Share this article to reach other people for more contributions. Follow my timeline for more trending news updates and interesting articles.