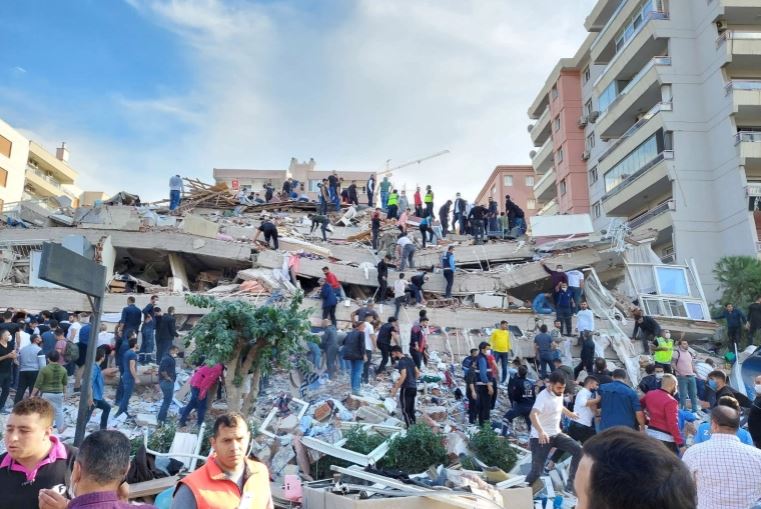 A strong earthquake struck the Aegean Sea on Friday and inflicted damage in both Greece and Turkey, where buildings collapsed and killed at least 12 people with many others trapped under the rubble.

People flooded onto the streets in the Turkish city of Izmir after the magnitude 7.0 earthquake hit, witnesses said. The wreckage of multiple-story buildings in the city’s centre could be seen with people climbing out to escape. Smoke rose into the sky in several areas.

ALSO SEE:  Check Out What Bruno Fernandes Said After Their Match With West Brom

Izmir Governor Yavuz Selim Kosger said at least 70 people had been rescued from the wreckage. He said four buildings were destroyed and more than 10 collapsed, while others also were damaged. 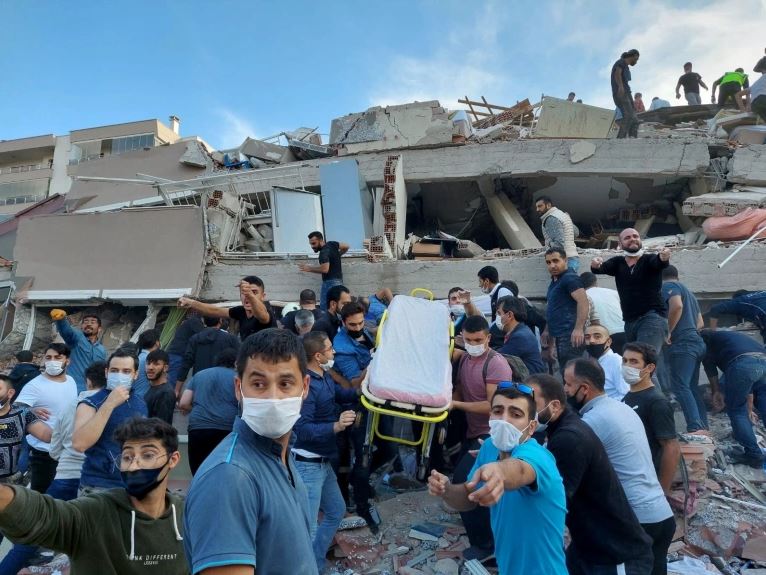 Search-and-rescue efforts were continuing in at least 12 buildings.

Ilke Cide, a doctoral student who was in Izmir’s Guzelbahce region at the time of the earthquake, said he went inland after waters rose after the earthquake.

“I am very used to earthquakes … so I didn’t take it very seriously at first but this time it was really scary,” he said, adding the earthquake lasted for at least 25 seconds.

Footage on social media showed debris including refrigerators, chairs, and tables floating through streets on the deluge. TRT Haber showed cars being dragged by the water and piled on top of each other.

AFAD said it was a magnitude 6.6 earthquake, while the US Geological Survey said it was 7.0. It struck at about 11:50 GMT and was felt along Turkey’s Aegean coast and the northwestern Marmara region.

Witnesses capture the moment a building falls in the city of İzmir during a magnitude 6.6 earthquake in Turkey’s Aegean region on Friday. The nation’s disaster agency said the quake occurred at 2.51pm at a depth of 10 miles (16.5km).

Watch the Vide Below: