Big Signboards of Governor Umahi and two others were seen erected around Abakaliki in Ebonyi State to show that he has really decamped from Peoples Democratic Party (PDP) to All Progressive Congress Party (APC) with the caption ‘APC next level with Engr. David Umahi, Ebonyi is already in Next level’.

This is coming 2 days after the governor announced his decamped from the PDP to APC in Abaliki. Governor Umahi who stated two major reasons for his decamping that; the Peoples Democratic Party (PDP) has been unfair to Southeast Geopolitical Zone in terms of zoning of its presidential candidates and that the party has been hijacked by two major players. The governor also said he will quit politics after 2023 to give a chance to the youths.

This his defection to the ruling party has caused controversies and reactions in many quarters, most especially from his former allies in PDP such as from his counterpart in the River State, Governor Wike, who has been exchanging words with him over his defection. 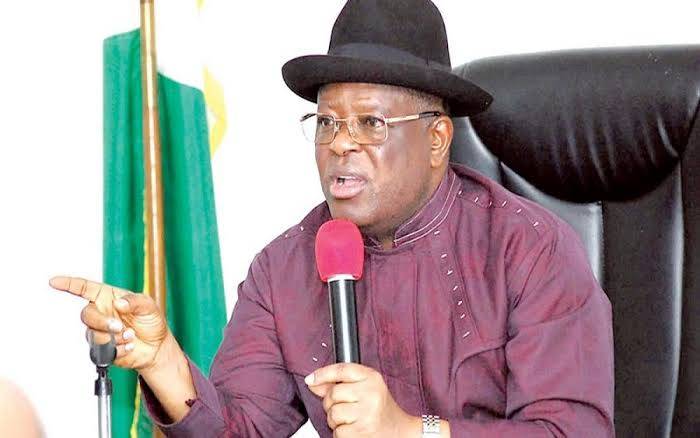 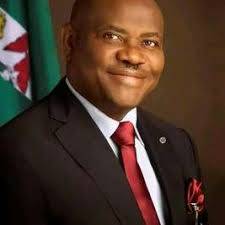 See screenshots of his exchange of words with Wike below: 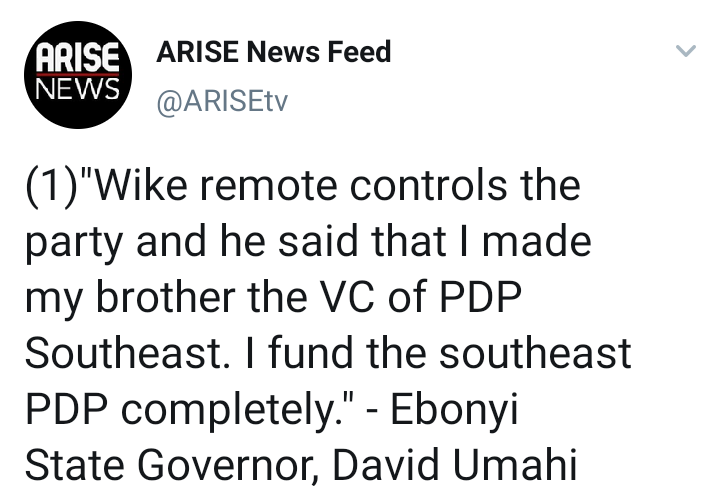 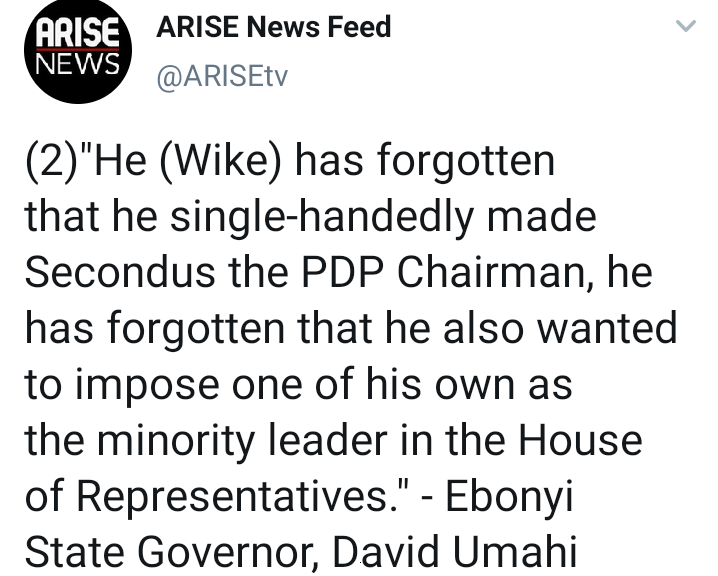 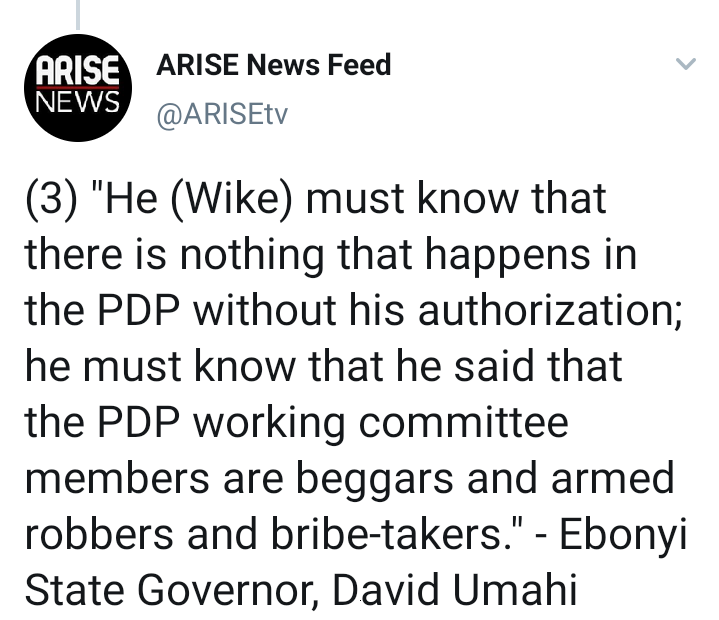 Governor Wike then replied him withe the following: 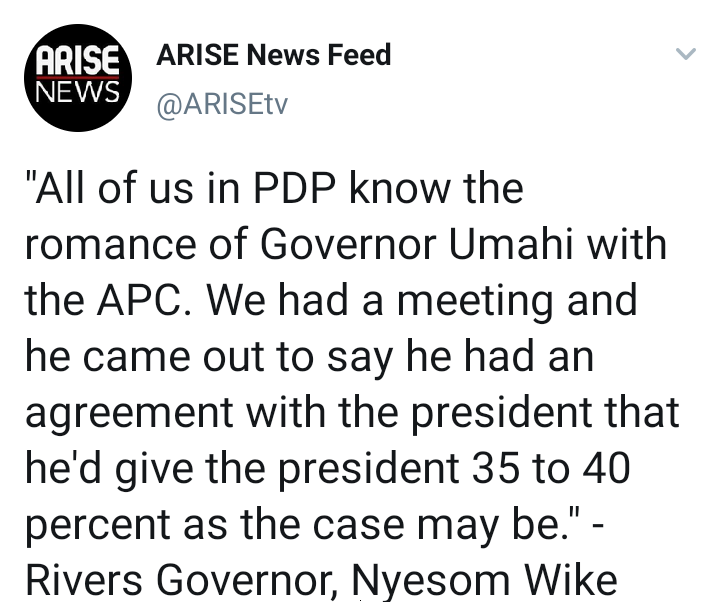 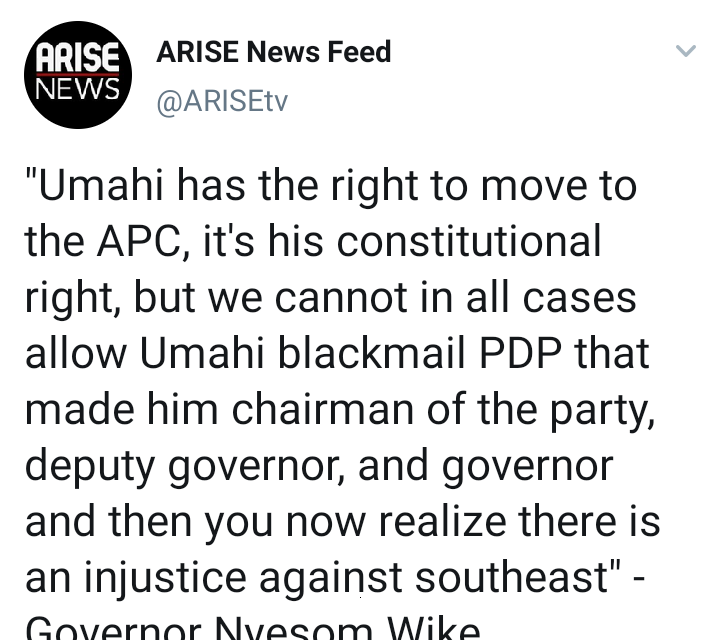