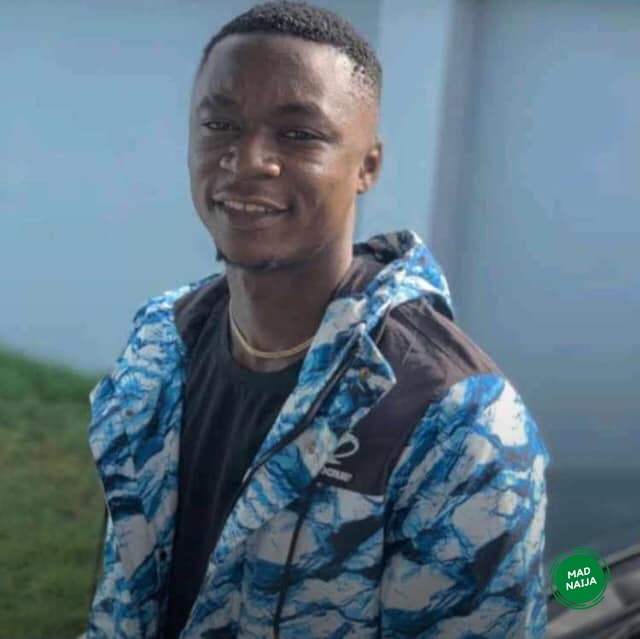 A mobile police officer attached to De Topic supermarket at the Elelenwo area of Port Harcourt has shot and killed a 20-year-old aspiring artist, Daniel Chibuike to death.

Chibuike, popularly known as Sleek was gunned down on Saturday around 4 pm after he and a friend were accosted by the operatives of the Special Ant-Robbery Squad, SARS.

The late singer and his friend, Reuben, however, took to their heels upon sighting the SARS operative, who in turn chased them and began screaming that they were thieves.

It was gathered that the duo ran towards the busy market in the Elelenwo community before the MOPOL officer intercepted them and shot Chibuike thrice.

According to sources, the duo where coming out of Reuben’s house when the SARS operatives began chasing them.

The sources further revealed that the SARS operatives, all of a sudden, started screaming that the duo were thieves prompting the MOPOL officer to open fire on them.

The sources who craved anonymity said Sleek died due to the inability of the police officers to take him to the hospital despite pleadings from his friend, adding that they left him to bleed to death in front of the supermarket.

It was gathered that the Ruben was later transferred to the State Criminal Investigative Department from the Miniokoro police station while the police officers involved were also detained by the state police command.

Meanwhile, Governor Nyesom Wike has reacted angrily and called for the dissolution of SARS after the killing

The brutal killing of a young vibrant man in Port Harcourt by men of the SARS unit of @PoliceNG is unacceptable, we have and will continue to clamor for the reformation or outright dissolution of SARS because they have become a menace to the society. #EndSARS