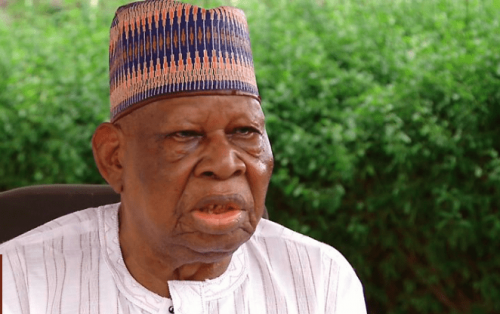 A retired Commissioner of Police has come out to express regrets for creating the Special Anti-Robbery Squad (SARS).

As a result of the brutality meted out on the citizens of Nigeria by the already disbanded unit, SARS, Nigerians were forced to embark on a nationwide protest which have lasted for more than a week now.

Speaking with BBC Hausa during an interview, the retired Commissioner of Police, Fulani Kwajafa stated that the unit, SARS had completely deviated from it’s founding objectives.

He said: “My name is Fulani Kwajafa and I joined the Nigeria Police Force in the year 1984. Back then, robbery was rampant, the then Head of State, Mohammadu Buhari told me and the then Inspector General of Police, Mr Inyang to either find a lasting solution to the problem of robbery or get fired.

“The Inspector General of Police called me and told me to come up with a plan that could help save the country from thieves.

“I told him to give me his trust, resources and officers to commence work.

“Four months after the creation of SARS, peace was restored back to the country, those that were caught were sent to prison, while some escaped.

“With the current operations of the unit, SARS, I feel ashamed when I am mentioned as the creator of SARS.

“If I had known it would turn out like this, I wouldn’t have created it.” 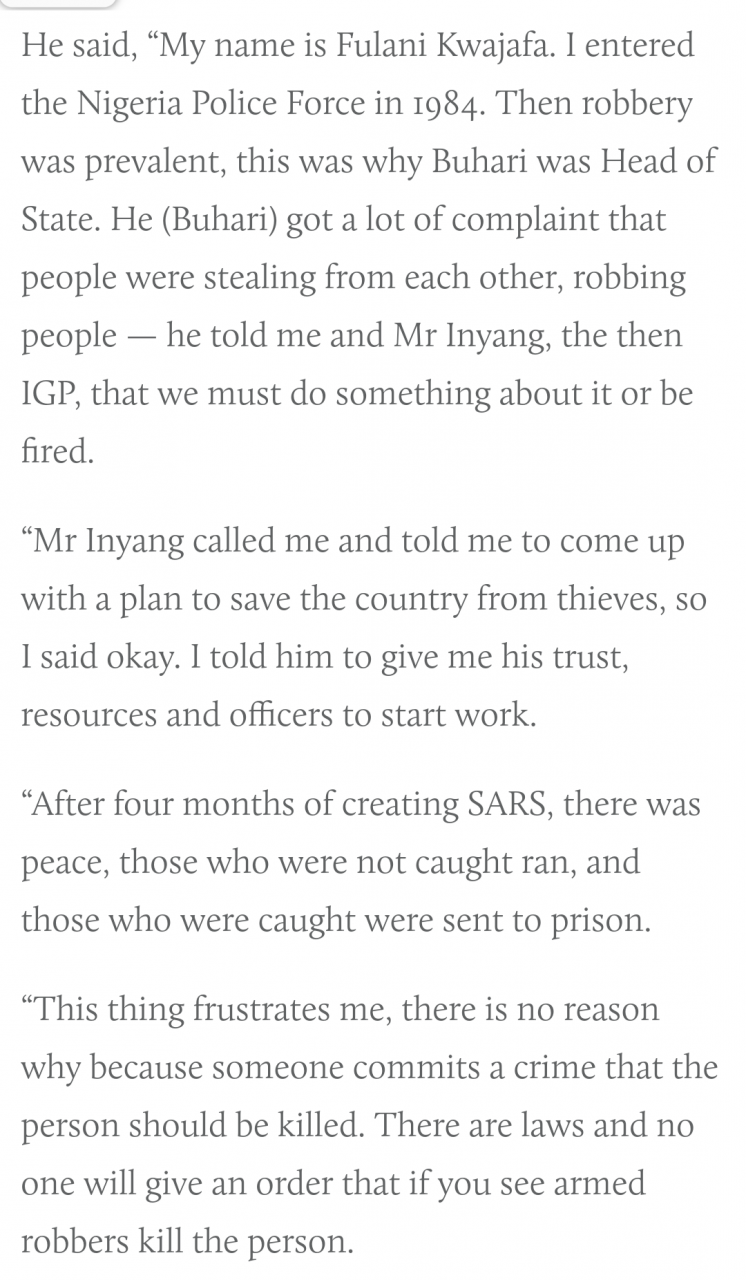 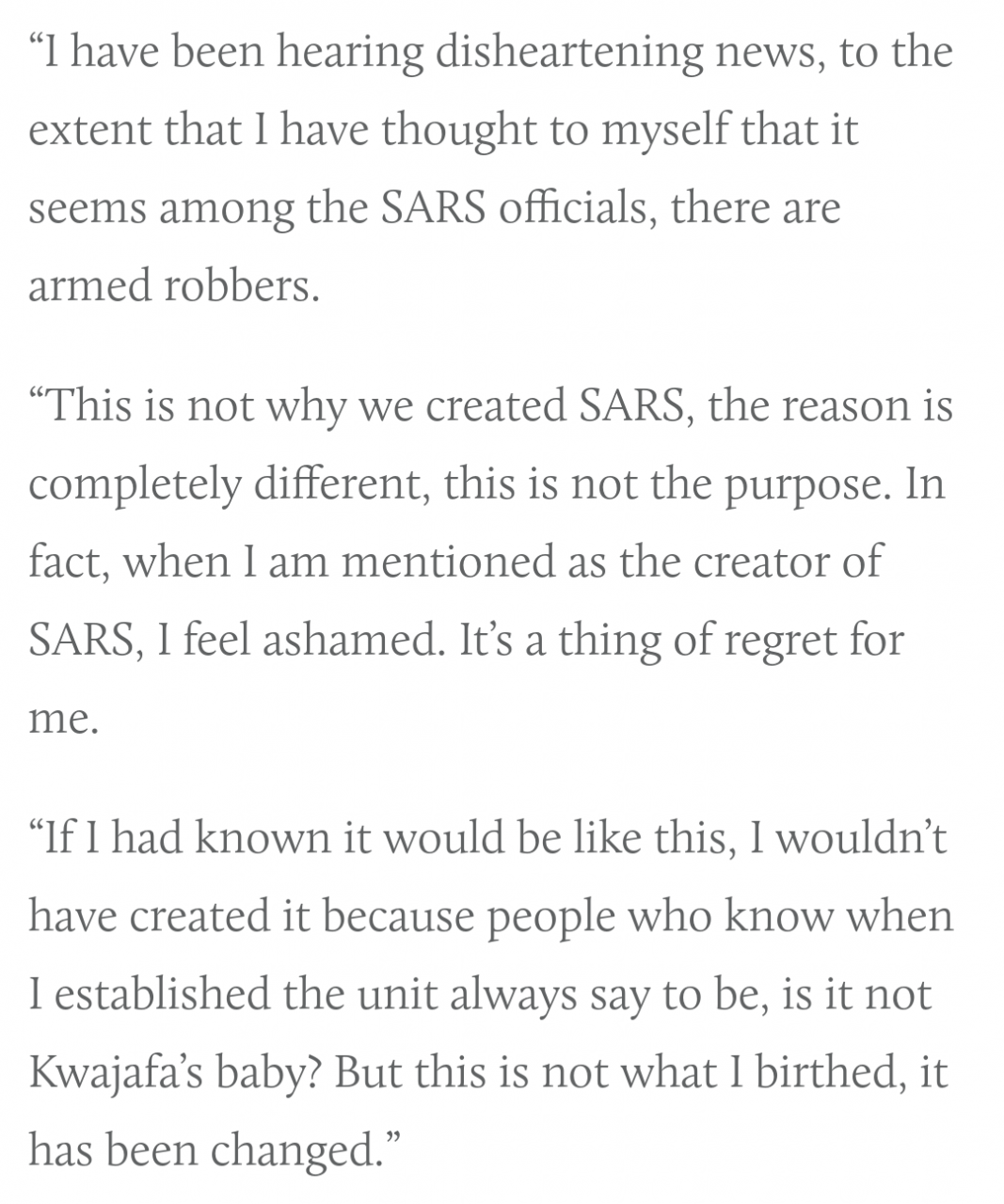