If You're Among Those Who Judged This Man By His Look, You'd Regret It After Reading His Story Here | MadNaija
ENTERTAINMENT| SPORTS| RELATIONSHIP | TECH | TOP-LIST 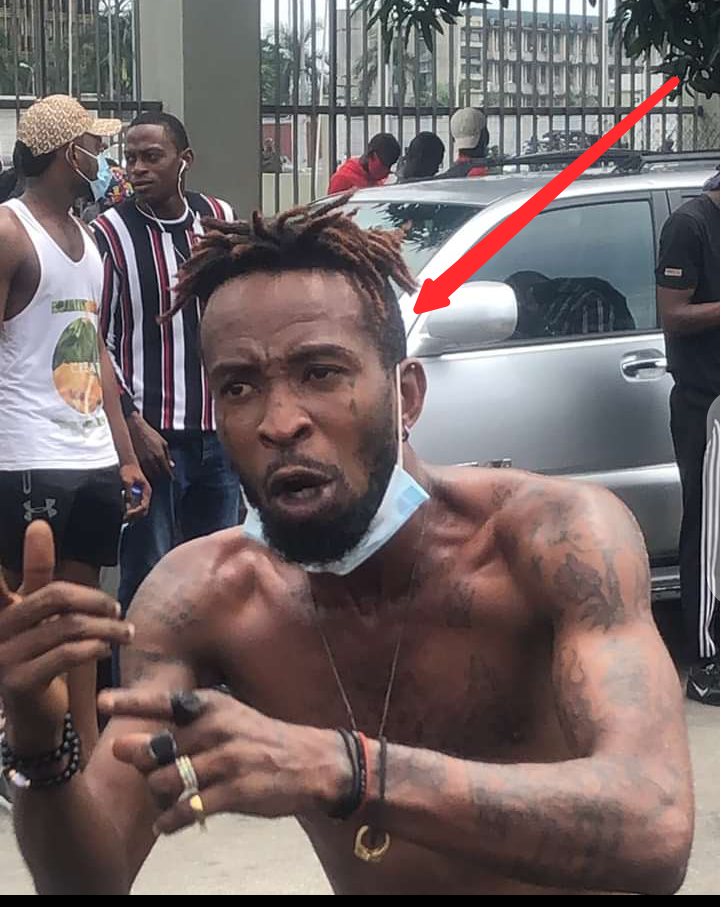 Lately, when the Protesters in Port Harcourt, Rivers state capital, took to crying for an end in Federal Anti-Robbery Squad (FSARS) and Police brutality, many persons felt they were being stubborn because they went against their Governor’s order. Hardly do we know that, some of them have experienced hardships, tortures, negativities, and a whole lot of things. So, because of these reasons, they’d never back out of their Protest if told to by anyone.

It was the pictures and videos of a young man who was protesting almost without wearing anything. He appeared so haggard that many “anti-protest” agents were sharing his pictures all around with the caption, “I heard he’s a protester too.” Unknown to them that, he has a whole lot of things that some critics of his have never gained in their existence. Sadly for them, they were judging him by his looks.

Immediately his pictures went viral, a certain man named Kehinde Adeola quickly made some investigations about him. Then, Kehinde Adeola revealed that, this young man who was seen protesting at Onunu part of Port Harcourt, Rivers State capital, was actually a victim of Special Anti-Robbery Squad (SARS) gross misconduct. 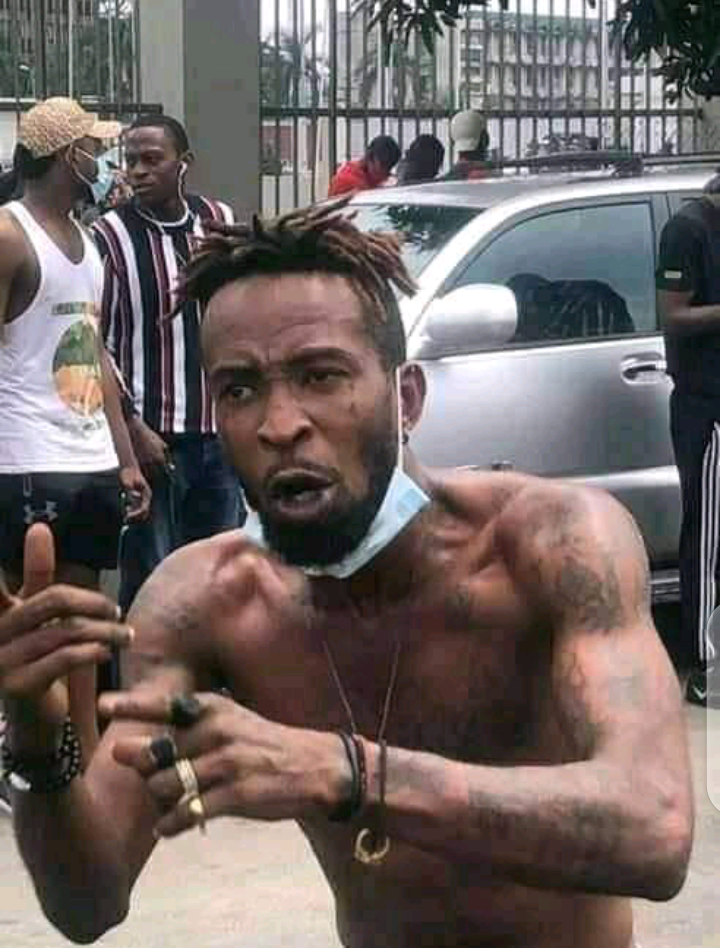 Before delving more into what Kehinde Adeola found out about this man, let me tell you a brief of what I personally got when I saw his pictures. I first told people it’s wrong to judge people by their appearance, although it’s good to appear very good and kempt. Then, I came across another post about this man where a lady said he’s actually a Masters degree graduate in computer science. See below

ALSO SEE:  JUST IN! Hushpuppi Faces 20 Years In US Prison Over N168 Billion Frauds - Us Revealed 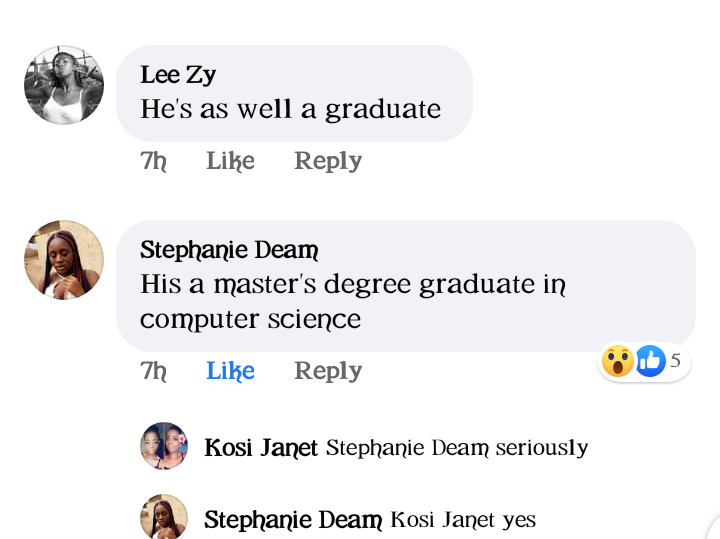 Then, to continue on the findings made by Kehinde Adeola, read below:

He said he got from a reliable source that, the Officer of the Federal Anti-Robbery Squad have arrested this unnamed young man four times. Aside that, he was severely tortured during these arrests (who knows if he was arrested based by his looks like many experienced?).

According to findings, the unnamed young man who was judged by looks lost his lovely brother to SARS years back. Who knows if his brother were his only guardian? 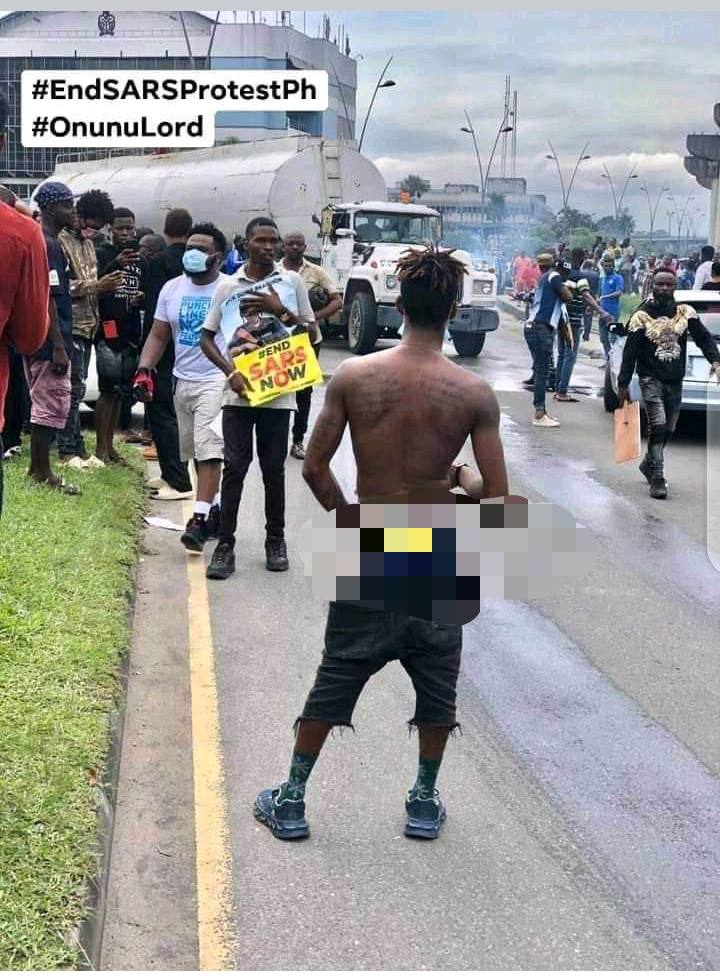 Kehinde Ayoola further added saying, “above all, he’s a very nice person, like three people said same thing. How he doesn’t allow anyone harass ladies at the bus stop. This man, who was being profiled for being bad, also help guys to flag down motorcycle late at night to be safe from evil perpetrators at night.”

ALSO SEE:  How To Make Your Ex Regret Losing You And Want To Come Back

If you’re to go profiling him, you’d think he’s one who will just start shooting at innocent people.

This man, according to Kayode, “looks high on drugs and all. He might not be like this but hurt can make you get used to grieve.” The said man is a DJ and not a criminal as many persons profiled him.

I’d like to say that, if you’re among those who judged this man by his look, you should be regretting it now because, he is entirely different from what many so-called Critics have written about him. I’m not saying we should emulate his dressing or appearance, I’m just saying that, we shouldn’t judge a book by its cover.

Feel free to share if you find this inspiring. Drop comments too.